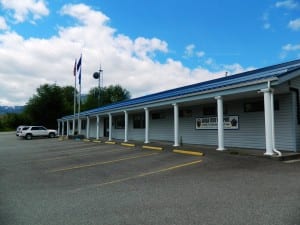 A 46-year-old Washington State man wanted on a warrant for escaping custody was arrested in Ketchikan on Saturday.

According to the online Alaska State Troopers dispatch report, troopers stopped a vehicle for a moving violation at about 9 p.m. Saturday on Revilla Road, and when they started talking with the driver, the passenger jumped out of the vehicle and fled into the forest.

After the man was found hiding in the woods, he was identified and troopers learned that he was wanted in Washington for escaping custody after he had been charged with first-degree robbery.

The man was arrested on the extraditable warrant and taken to Ketchikan Correctional Center.

Charges against the driver for hindering prosecution have been sent to the District Attorney’s office for review.