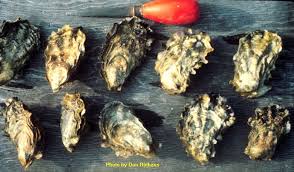 Last summer, Ketchikan Indian Community began a phytoplankton and shellfish monitoring program in Ketchikan as part of the Southeast Alaska Tribal Toxins Program. KIC tests samples, and informs the public if dangerous levels of the toxin that causes paralytic shellfish poisoning are found in local clams and mussels.

Nicole Forbes is the environmental specialist at KIC in charge of collecting samples. She says it’s important for people to understand what paralytic shellfish poisoning is and how it is transmitted. 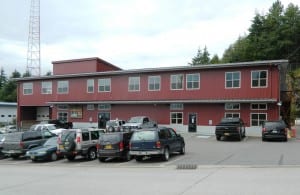 “Basically there are tiny, microscopic plants in the ocean called phytoplankton. Most of them are not harmful. In fact, they produce 50 percent of our oxygen. But there are a few harmful species and one of those is Alexandrium and it produces something called saxitoxin. When the shellfish filter-feed, it gets collected in the shellfish, and when people eat it, that’s what causes paralytic shellfish poisoning.”

PSP toxins cannot be cooked or cleaned out of shellfish, and freezing does not destroy the toxin. Consumption of the toxin can cause paralysis and death. Commercial shellfish is tested and considered safe. The Tribal Toxins Program targets recreational beaches.

Forbes says KIC is testing samples at popular beaches in the Ketchikan area so people will know if clams, mussels, and cockles are safe to harvest. Currently, testing is being done at Settlers Cove and Whipple Creek. Forbes says they plan to add Seaport Beach in Saxman soon. She says the program is in the beginning stages and they are working to identify other sample sites.

“We’re trying to figure out where most people harvest, so that we can get those results. The thing is, you have to get results for each beach. Because you could go two or three miles down and it’s going to be completely different down there.”

Forbes says there are three steps to the collection process which starts with weekly phytoplankton samples.

“Which involves me going out there with a phytoplankton net and wading in the water, and grabbing a sample. I bring that back to our local lab, and I put it under the microscope and look for those harmful phytoplankton species that I was talking about. If I see one, that’s the first warning sign that we need to get a shellfish sample out as soon as possible, because it’s possible that saxitoxin is in the shellfish.”

Forbes says suspect samples are sent to the Sitka Tribe of Alaska’s lab in Sitka. She says the turnaround time for testing is fairly quick.

“I send it out on Tuesday, gets there Wednesday, I get results Thursday or Friday.”

She says the third step of the process is filtration which involves taking a water sample, filtering it, and then sending the filter to the lab, where phytoplankton species and quantities are identified, along with concentration of toxins.

Tony Gallegos, the cultural and natural resources director for KIC, says Alexandrium may be present, but not necessarily producing toxins.

“The scientific literature hasn’t come to clear conclusion on how you know whether they’re going to produce the toxins or not, what triggers that. That’s still unclear. We can see the algae, but we need to actually do an analysis of those algae to see if they actually have toxins in them.”

Forbes says phytoplankton aren’t as active in the winter because it is cold and dark, but she says no time of the year is safe to harvest without testing. She says they found high levels of toxins in butter clams at Whipple Creek this winter.

“Actually butter clams hold onto the toxins longer, and then during the winter the shellfish slow down their filter feeding, so they can actually hold on to those toxins for the whole winter.”

Forbes says she collects samples every two weeks, weather permitting, and if samples test positive, they are retested weekly. Results for all Southeast beaches being tested are posted in the data section of the Southeast Alaska Tribal Association Research website – www.seator.org. Information is also sent to local media.

KIC is interested in identifying other local sites for sampling. If you have suggestions, you can contact Nicole Forbes at KIC. Forbes email is nforbes@kictribe.org.  The phone number is 228-9365.