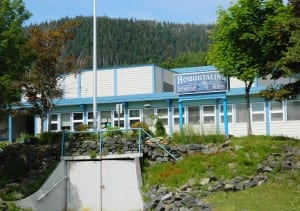 The Ketchikan School Board talked Wednesday about school enrollment, and possible boundary-based enrollment when class size exceeds the set limit.

While it was only a discussion, the Board asked Superintendent Robert Boyle to bring back information on how similar school districts determine which students attend which schools.

Ketchikan has long had a tradition of school choice – allowing parents to pick the school they feel works best for their child. The discussion on possible boundaries was sparked by Boyle’s request to change an administrative regulation, allowing him to either hire a new teacher or direct students to other schools if class sizes are too big.

Boyle gave an example of a large second-grade enrollment this year at Houghtaling Elementary School, and light enrollment in that same grade at Fawn Mountain. 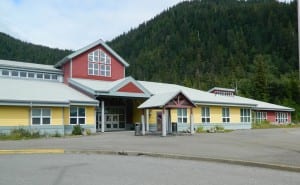 “So, we could easily reassign six of those students out of Houghtaling and have their numbers down – eight, even. And then Fawn Mountain is full and Houghtaling is full, but still within the 24 maximum that we look for in an elementary class,” he said. “But that means we’ve got to put a bunch of kids on the bus at Houghtaling and say: Go to Fawn Mountain.”

Boyle says he is concerned about busing younger kids. But, the change in that regulation would give him the flexibility to make that choice, which is important if the district is facing a budget crunch.

Board Member Matt Eisenhower says he’s OK with school choice, but he’s less inclined to hire a new teacher if there’s space in other schools. He expressed interest in encouraging parents to use the schools closest to home.

“Is there administrative thought about boundaries as far as this being your home school, and you can apply to be in a different school if you like?” he asked. “Because I’m wondering how many of those overflow students at Houghtaling are closer to Fawn Mountain or closer to North Point Higgins.”

Board President Trevor Shaw requested information about school enrollment policies from elsewhere in the state. In the meantime, though, the School Board approved Boyle’s request to change the administrative regulation.

Also Wednesday, the School Board asked district staff to bring back an action item so the Board could vote on proposed changes to the career and technical education program. The biggest change is that it would start at the eighth-grade level rather than 10th, allowing more time for students to explore potential career paths before graduating from high school.

The next Ketchikan School Board meeting is March 8.