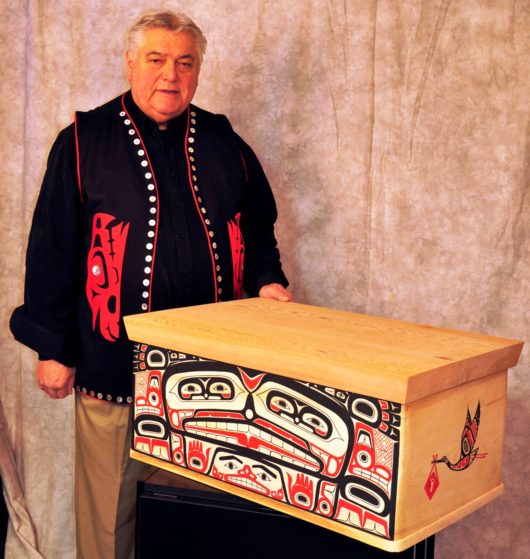 A bentwood box design used to create baby boxes for infants born at PeaceHealth Ketchikan Medical Center has become an actual bentwood box, and soon will be on display at the local hospital.

According to PeaceHealth, about two years ago, Women’s Health Clinic Manager Gail Jones spearheaded a program based on the Finnish baby-box tradition. Through that program, new parents are given a sturdy cardboard box filled with baby supplies. The box itself is big enough for an infant to sleep in.

Ken Decker, a local Tsimshian artist, designed a stork image for the boxes. That design was made available to similar programs nationwide, and Decker later was commissioned by the distributor to create a cedar bentwood box based on that design. The distributor gave the box to the PeaceHealth Foundation late last year.

According to the hospital, the box will be on display at the PeaceHealth Medical Group office.