A proposed amendment to the multi-year Statewide Transportation Improvement Program, or STIP, includes some new projects for Ketchikan.

A summary of the amendment’s local impact was included in this week’s Ketchikan City Council meeting packet.

New items on the 2016-2019 STIP would include about a dozen projects related to improving access to Gravina Island; along with improvements at the Ketchikan Shipyard, a state-owned facility managed by Vigor Industrial; and funding to help refurbish Inter-Island Ferry Authority vessels.

The Gravina projects add up to about $94 million, which is about what’s left from a $360 million federal earmark originally meant to fund a bridge to Gravina, where Ketchikan’s airport is located. Most of that earmark was spent on transportation projects elsewhere in the state. 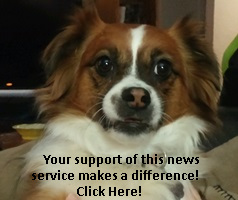 The projects listed under the amendment are airport-ferry berth and terminal work on Gravina and Revilla islands, including a new passenger waiting area on the Revilla side; a ferry layup facility on Gravina; two ADA-compliant airport shuttles; ferry capacity improvements; road work on Gravina; and construction of a hiking trail from the south end of Gravina Highway to Black Sands Beach.

According to the city’s summary, the shipyard project, with a cost estimate of about $3.7 million, would relocate and upgrade the facility’s primary power substation; and the $3.5 million IFA ferry refurbishment would update ferry systems and ensure that vessels comply with regulations.

The proposed STIP amendment is open for public comment through 5 p.m. March 13th. Comments can be submitted online.