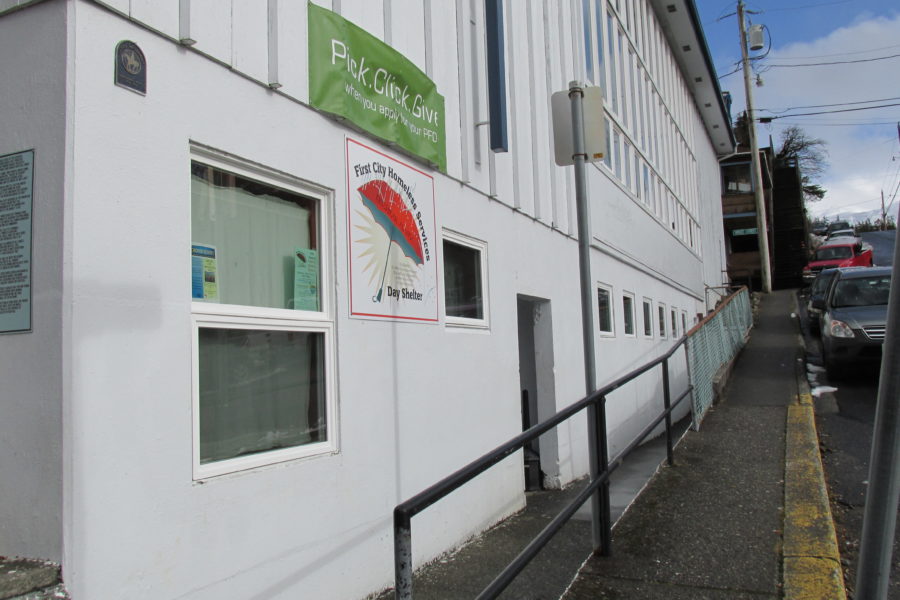 A homeless day shelter opened in Ketchikan in 2009. Since that time, services have expanded, but the mission hasn’t changed – to provide a safe, warm place for anyone in need, whether homeless or not.

In 2008, a group of concerned citizens got together to address the problem of homelessness in the First City. At that time, the group explored the feasibility of sheltering people during the day. A committee was formed and, in December 2009, a day shelter opened downstairs in the social hall of the First United Methodist Church on Main Street.

Susan Peters is treasurer of the all-volunteer board of First City Homeless Day Services. She has been on the board for the past seven years. Peters says, in that time, she has seen it grow from a five-day, Monday through Friday day shelter, to a facility open seven days a week.

“As an organization, we try to work together with other organizations that provide similar services, as far as food. There was no service for food on Saturday, so we started a brown-bag lunch. So we provide a lunch that people can pick up or have here. This way, in the community, there’s some place you can get food every day.”

The day shelter is closed from noon to 1 p.m. on weekdays, when the Salvation Army soup kitchen is open. On Sundays, meals are provided to those in need at St. John’s Episcopal Church through a program called “The Lord’s Table.”

Chris Alvarado has been the day shelter manager for about three years. He says, in that time, he’s seen several people at the shelter find homes and jobs. Alvarado was once homeless and says he’s grateful circumstances changed for him. He says he sees potential in many who come for help. 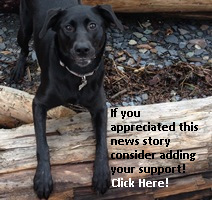 “There’s a lot of talent in them. They just need someone to bring it out in them with loving, care and kindness. I know what it’s like to be out there. That’s what we’re here to do – to pick them up, keep them alive, and try to give them focus to better themselves so they don’t have to be homeless and stuck on the streets with chronic drinking, because they are better people than that.”

Alvarado says, on average, he sees about 20 to 40 people a day. In addition to providing food and a warm place to stay, the shelter provides showers and clean clothing. He says people also use the internet to check email, search for jobs, apply for public assistance; and to get Social Security and identification cards.  For entertainment, there are games, books, a piano and television. 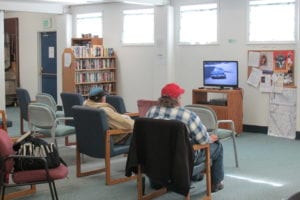 The day shelter provides a place to socialize, read, and watch television.

Paul Goble has been a regular at the shelter off and on since 2012. He says the shelter allows people to talk and connect, and stay safely off the streets.

“And little by little, someday, somebody’s going to come up out of this, and they’re going to be kept alive because of it. And because they were able to come here, get clean, have a warm place and have something to eat, it’ll just hit them. And someday they’ll get to work, and it’ll be the biggest benefit of all.”

Goble says he also has seen several shelter users get good jobs and homes, something he says he hopes to do someday, but is not yet ready for.

Another person benefitting from the services is Linda. She says she’s been visiting the shelter for about six months. She says she appreciates having a place to go, and assistance with filling out job and housing applications.

“I met with Coastal Real Estate for my lease agreement, then go to my appointments and come back. I heat up some food, sit and eat at the tables, see friends and family here, and meet new people.”

Shon Moody visits the shelter regularly. Though he is not homeless, he is unable to work at this time due to health issues. Moody says he’s a people person, and stops by the shelter to meet new people and socialize.

“Yeah, it’s a great place. It’s definitely a boon to the community for the homeless.”

Evelyn Erbele and her husband, Terry, are pastors at First United Methodist Church where the day shelter is located. She also is the chair of First City Homeless Services. Erbele says the shelter is important because daytime is the most shameful time to be homeless. 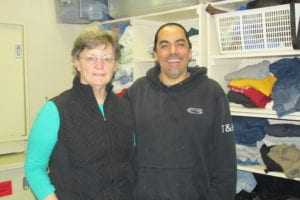 “…because you’re on the street, and everyone can see you. It’s the most embarrassing time because all you can do is loiter. Where you and I will have a roof over our head and we can hang around in our pajamas all day long, when you’re homeless, during the day, when the sun is out, all you can do is hang out on the street and be reminded continuously of all that you don’t have.”

Erbele says the shelter was able to open in the Methodist church because the congregation said “yes.” She says though the space is used as a shelter during the day, it serves other purposes in the evenings, and therefore is not suitable to become a full-time shelter.

The building also does not meet standards necessary to become an overnight sleep facility. Erbele says there is an effort to open an 18-hour sleep center. A pilot program started at the Salvation Army last fall.

“And the men and the women come in and sleep, and rest and are off of the streets at night.  The KPD (Ketchikan Police Department) brings men and women who would otherwise be in trouble, inebriated, to the shelter, to come and be out of the elements for the night.”

Erbele says between 12 and 32 people use the sleep center each night. The pilot program ends March 31st.

Though she did not name them, Erbele spoke about several men who went missing over the past few years. Three of them were regular visitors to the day shelter.  Erbele says they likely fell into the ocean and died. She believes it likely would not have happened if they had a place to go at night.

On March 15th, U.S. Senator Dan Sullivan named Evelyn Erbele “Alaskan of the Week” for her work at the shelter.  Erbele says she was surprised and honored.

“As I will continue to tell you and everybody else, it’s all about the shelter, and giving dignity, safety, security and non-judgmental relationship to the men and the women in our community who otherwise would be on the street.”

Erbele says the goal for 2017 is to determine the feasibility of opening an 18-hour sleep facility, and what that might look like.

The First City Homeless Day Services shelter is open Monday through Saturday from 8 a.m to 4 p.m., and Sundays from 8 a.m. to 2 p.m.