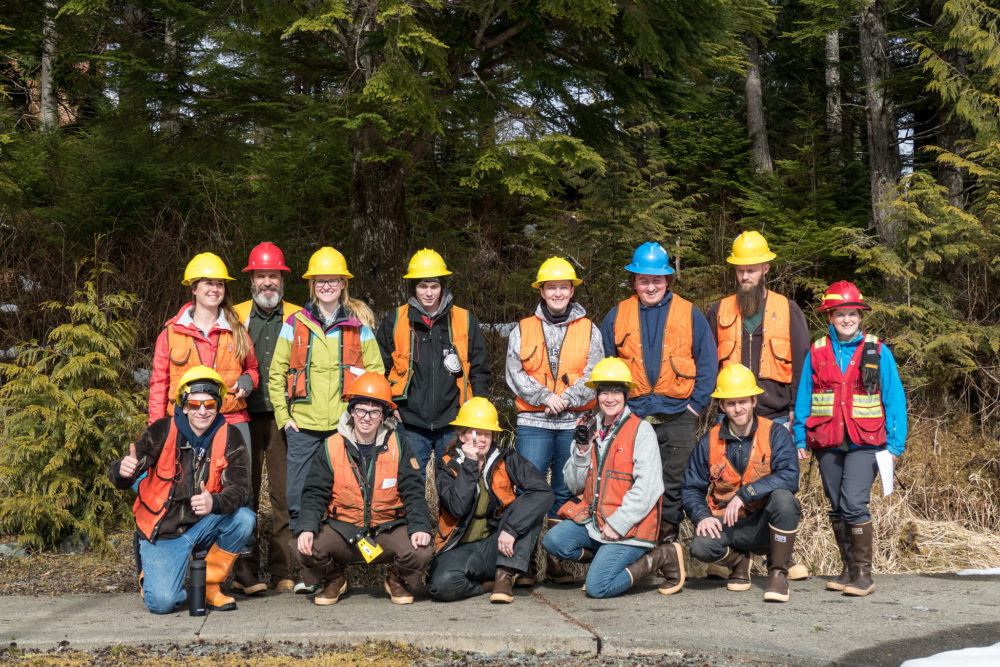 In late March, 13 men and women attended a forestry training academy on Prince of Wales Island. The goal of the academy is to put local people in local jobs, and to gather data about area timber stands.

This is the second year the Forestry Training Academy has been held on Prince of Wales Island. The two-week, free program prepares students for jobs in natural resources. It’s a collaborative effort between the U.S. Forest Service, and state and tribal agencies.

The students selected to attend this year’s academy are all from Southeast Alaska.  Four are from Ketchikan, one from Haines, one from Metlakatla and seven from Prince of Wales Island. 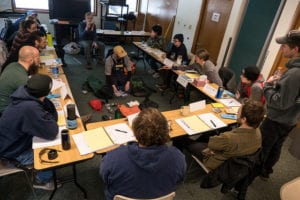 Ben Case is one of the trainers. He is a Forest Service silviculturist based in  Petersburg. He says the training involved both classroom and field sessions. Case says the training provided a broad overview of young and old-growth inventories and forest ecology.

“I guess most of the time was spent on getting them the skills for forestry technician work, in terms of measuring trees and taking the measurements in the inventory protocols.”

Case says an important component of the academy is providing career opportunities to graduates.

“There’s both work opportunities in the public sector with government agencies such as the Forest Service and/or the state, but also in the private sector. We have contractors working on inventories right now that are looking to this academy as opportunities to pick people up as well.”

Justin Reno lives in Ketchikan, but grew up in Thorne Bay in a timber family. Reno says he has always been interested in the timber industry, and was excited to receive hands-on training and learn about other aspects of the industry.

“I just wasn’t familiar with who or what job title or what exactly it was they did. It was a lot of knowledge on the other aspects of the logging industry that a lot of other people don’t really get to see.”

Reno says the biggest thing he learned is what goes into a timber sale prior to loggers moving in to harvest. He says he learned a lot in two weeks about grading and measuring timber, among other skills.

“The instructors do a really good job of making sure that we’re proficient with the tools, and how the process is completed. They’re very in depth on what we will be doing. I would totally agree that we are 100 percent job ready.”

Reno says he hopes to find a job with the Forest Service on Prince of Wales Island.

“That was another reason why the training really appealed to me. Because it’s giving me the training to pick up trades that will put me back out in my home town.” 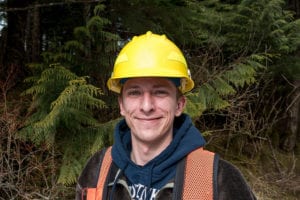 Reno feels the training academy is a great program, and hopes it continues so young people on Prince of Wales Island can stay in their communities and work as forestry technicians.

James Stevens owns a small sawmill in Thorne Bay. He says he took the training to learn more about the forest around him, how resources are used, and how timber sales are put together.

“…to kind of be better informed and understand how the Forest Service lays out timber sales and how they determine tree heights and that kind of stuff. It’ll help me when I’m buying timber sales. Now I can better understand what I’m looking at.” 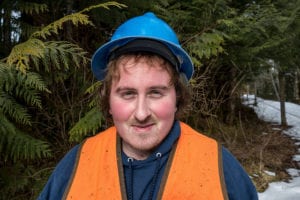 “I think it’s great for kids and youth up here, younger people, that might be an in to the Forest Service or an in to one of these state agencies where you don’t actually have to go to school to get it.”

This year’s graduates will qualify for immediate employment opportunities with the Forest Service, Division of Forestry and others.