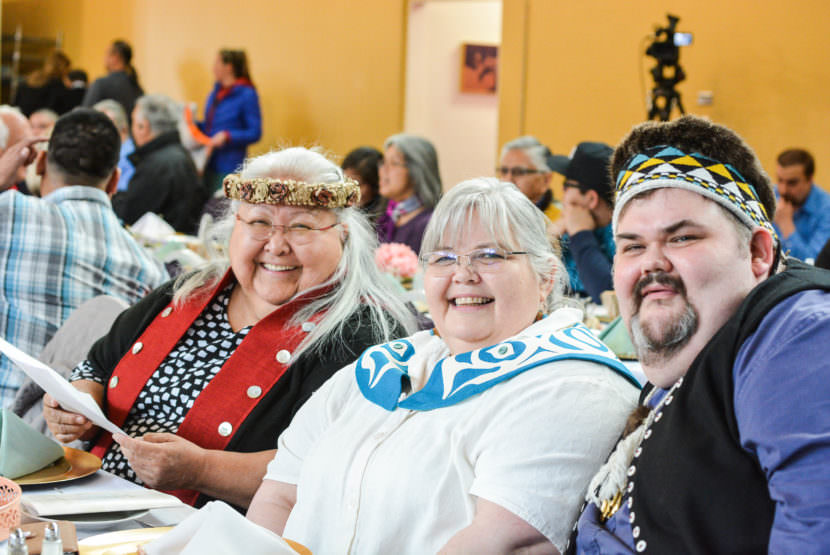 Southeast Alaska’s regional tribal government is developing its business side.

He said about nine-tenths of the council’s money comes from federal sources. And most of the rest comes from the state.

“That’s just not sustainable. That’s not sufficient,” he said. “So, we’re working on alternative sources of revenue.”

The Central Council has about 30,000 tribal members in Alaska, the Pacific Northwest and elsewhere in the Lower 48.

Addressing the organization’s recent Tribal Assembly in Juneau, Peterson said it needs to maintain its social-service, justice and training efforts. But that’s not all.

That effort is being spearheaded by Tlingit-Haida’s Tribal Business Corp.

Its main customer is the U.S. Department of Defense, he said.

“We are running power plants, water systems, water-treatment plants. We have dozens of electricians, dozens of plumbers and a couple dozen carpenters,” Rinehart said. “We do vehicle maintenance, grounds maintenance. We do complete base operations services.”

KIRA has offices in the Bahamas, as well as Colorado and several other states.

Founder Carlos Garcia, who continues to be its president, said the company has about 600 employees.

He said it’s expanding, because tribal ownership allows it to bid for contracts under the 8(a) disadvantaged-business program.

“We’re going to need good employees, both Native and non-Native,” he said. “And I see in this room many, many people from all over the areas you represent that can help us.”

He asked the hundred or so Tribal Assembly delegates to point potential applicants to the company’s job openings.

But he said KIRA is a business purchased to make money for the Central Council, not an employment program.