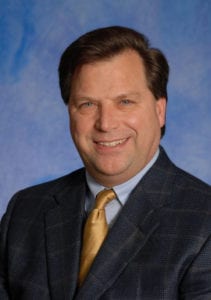 Freysinger has about 30 years of executive healthcare experience in human resources and management. Most recently, he served as chief executive officer at Providence Hood River Memorial Hospital in Hood River, Oregon.

According to PeaceHealth, Freysinger began his career in Michigan. He also worked in Denver, Colorado. He has a bachelor’s degree from Eastern Michigan University, and a master’s in health services administration from the University of Michigan.

Freysinger knows about Ketchikan’s rain, according to PeaceHealth. He and his family have visited Ketchikan more than once previously.

PeaceHealth is a Catholic Healthcare Ministry. It was founded by the Sisters of St. Joseph of Peace in 1890.