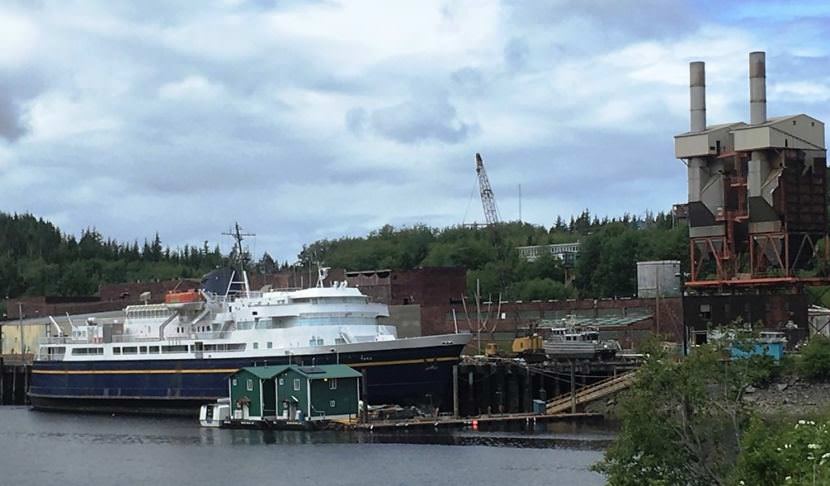 The Alaska Marine Highway System ferry Taku is in storage at Ketchikan’s Ward Cove. The former Ketchikan Pulp Co. mill site, including ferry headquarters, is in the background. (Photo by Leila Kheiry/KRBD)

“We have put the vessel out for open bid two times before and we have not gotten respondents. And so this time we are just approaching it a little differently,” she said.

The 54-year-old ship has been out of service about two years ago. It’s been moored at Ketchikan’s Ward Cove.

Bailey said the state does have a minimum amount, which it calls a reserve price. It’s just not being made public until bids are opened July 7.

She said the state will reevaluate the situation if no one bids at all. One option would be to sell the ship for scrap.

The Taku is about 350 feet long. It can carry up to 50 vehicles and 350 passengers. It has 40 staterooms, a cafeteria, observation lounges and a covered solarium. It sailed mostly Southeast routes.