The third time was indeed the charm for Karl Kruger, after attempting the Race to Alaska in 2015 and 2016.

Clad in a wet suit and hat, the ponytailed Kruger looked relieved as he stepped off his board and onto the dock. He rang the finishing bell and hugged his wife, Jessica, and their daughter. 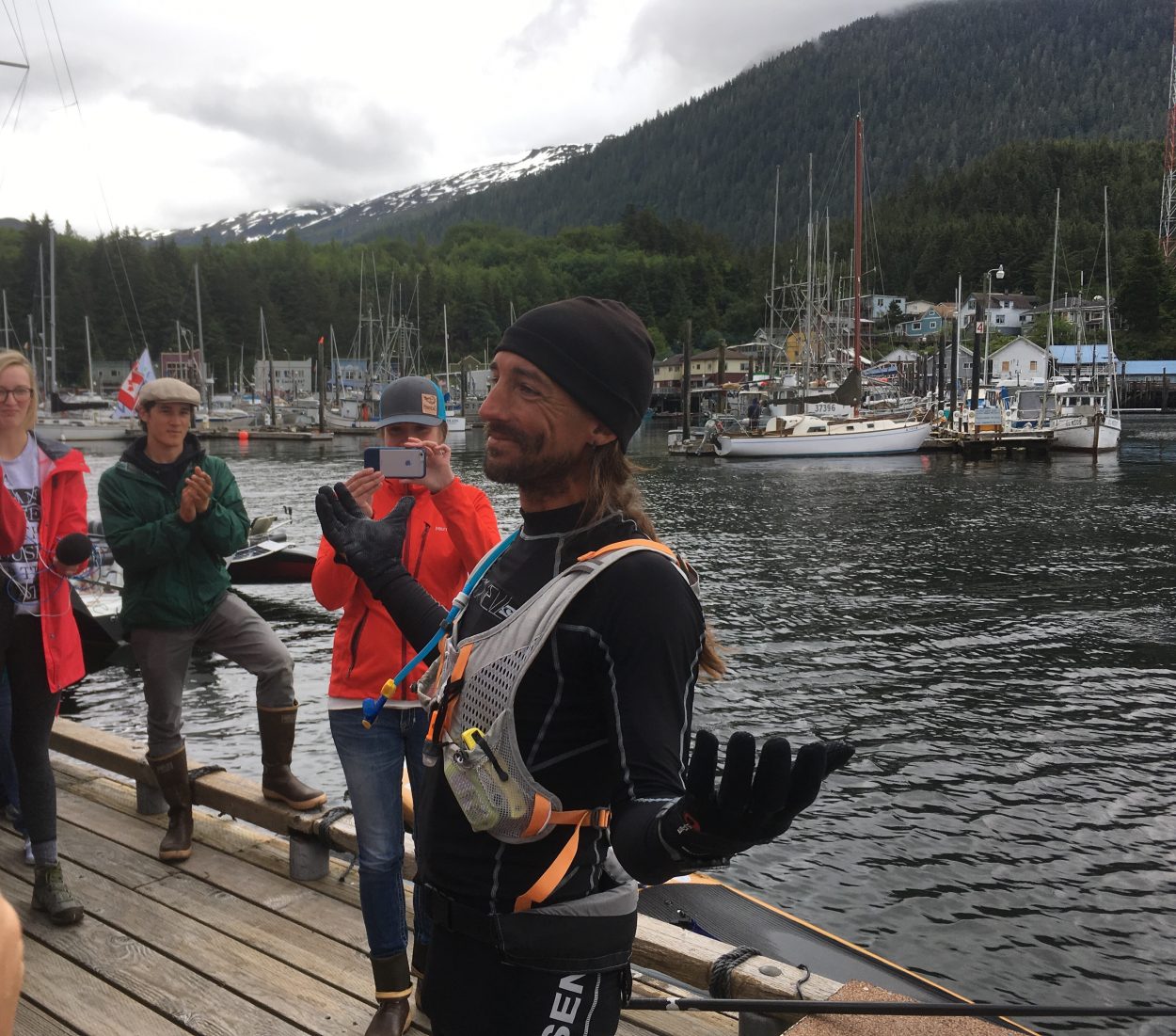 Karl Kruger gestures to the crowd after becoming the first person to finish the race to Alaska using a stand-up paddle board. (Photo: KRBD)

Someone in the crowd mentioned that he looked as if he’d lost weight. Kruger turned to his wife and asked if it was true. She nodded, laughing. Kruger looked down at his daughter.

Race co-founder Daniel Evans stood at the front of a crowd of about 30 or 40 people.

“You know, there are so many of us that have been trying to find the words to describe what you’ve done, and so far, none of them seem adequate,” he said. 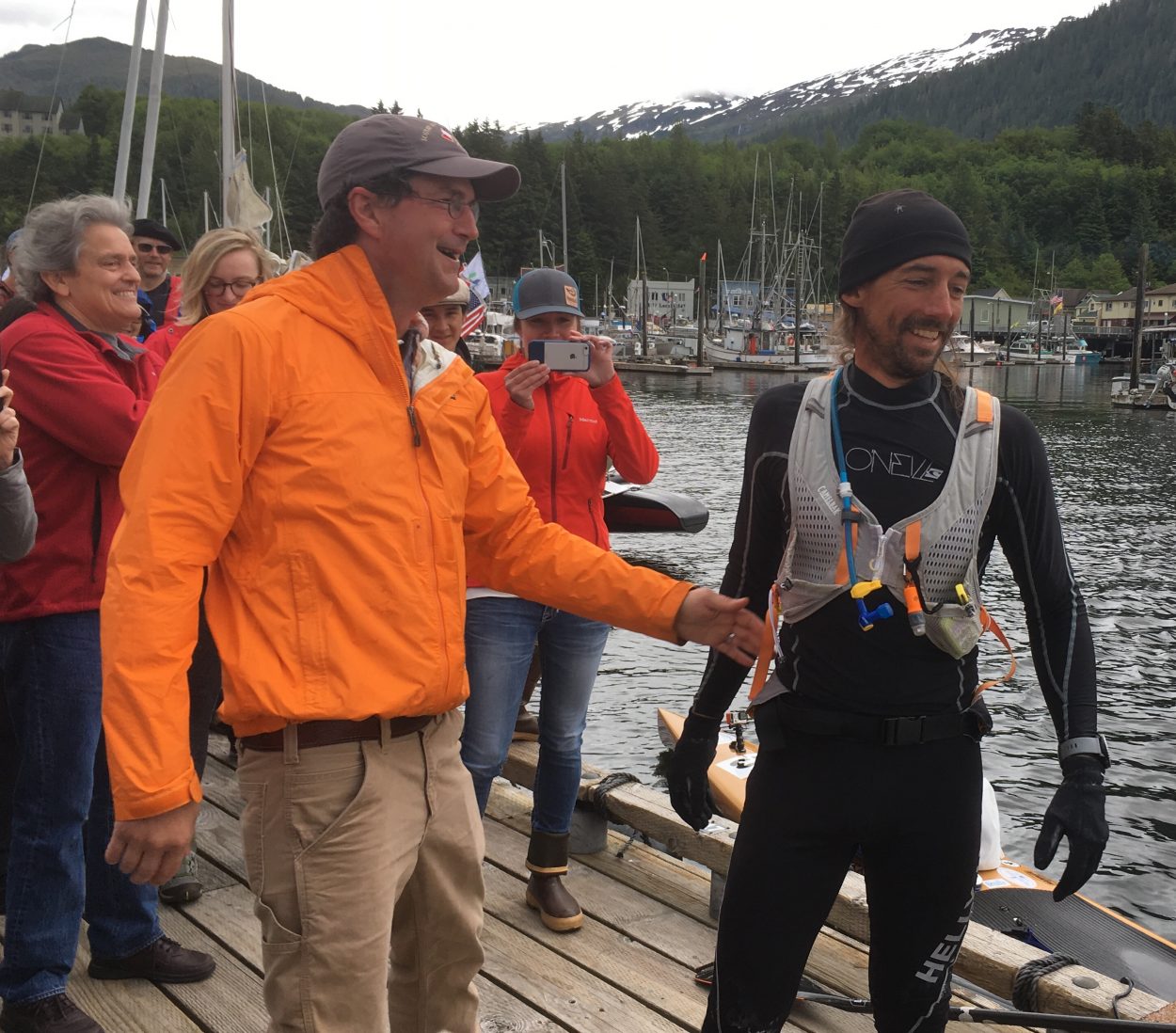 Kruger said he learned a lot during his 15 days on the board.

Despite training twice a week for a year prior to the race, Kruger said there were some days when it almost got to be too much.

“There were days where every single stroke was a barrier and I just wanted to stop; everything was screaming at me to stop,” he said. 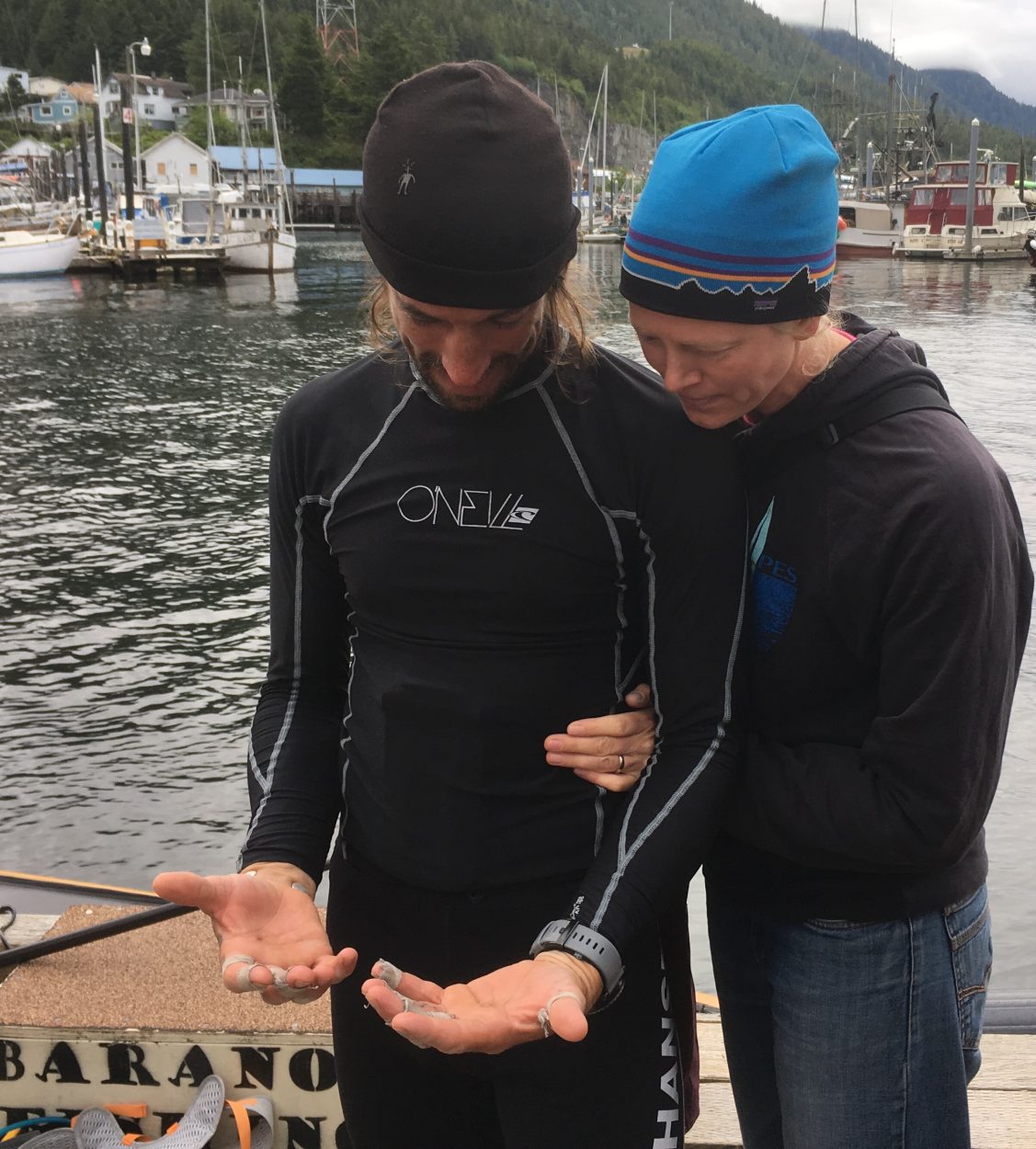 More difficult than the physical challenge, though, was the toll the race took on his mindset.

“It’s just paddling, you know,” he said. “The rest of it was just knowing the water and making decisions, you know. The hard part was the mental.”

As he cracked open a celebratory beer, Liz Harpold of the Northwest Maritime Center captured the moment on Facebook Live.

“Anything you want to say to the fans on Facebook that are watching?” she asked.

“Blazin’ hard thing to do,” he said. “I say, bring it. I’d love to see people try this again next year. I really would.”

After this year’s finish, who knows – perhaps next year’s Race to Alaska winner will be a man with a paddle and a heart of gold.