Regis LaMarche and Bruno Froideval have known each other a long time.

They met in school in France and stayed friends through their time serving in the Troupes de Marine, the French equivalent of the Marine Corps.

30 years later, they crossed the Race to Alaska finish line in a 23-foot tricat, a French-built catamaran.

I’m minoring in French at Indiana University; so needless to say, I was excited to meet these guys. Parisians! In Ketchikan! What a treat!

I talked to LaMarche first.

“Bonjour,” I said. “I’m from KRBD, the local radio station. Do you mind if I ask you a couple of questions?” 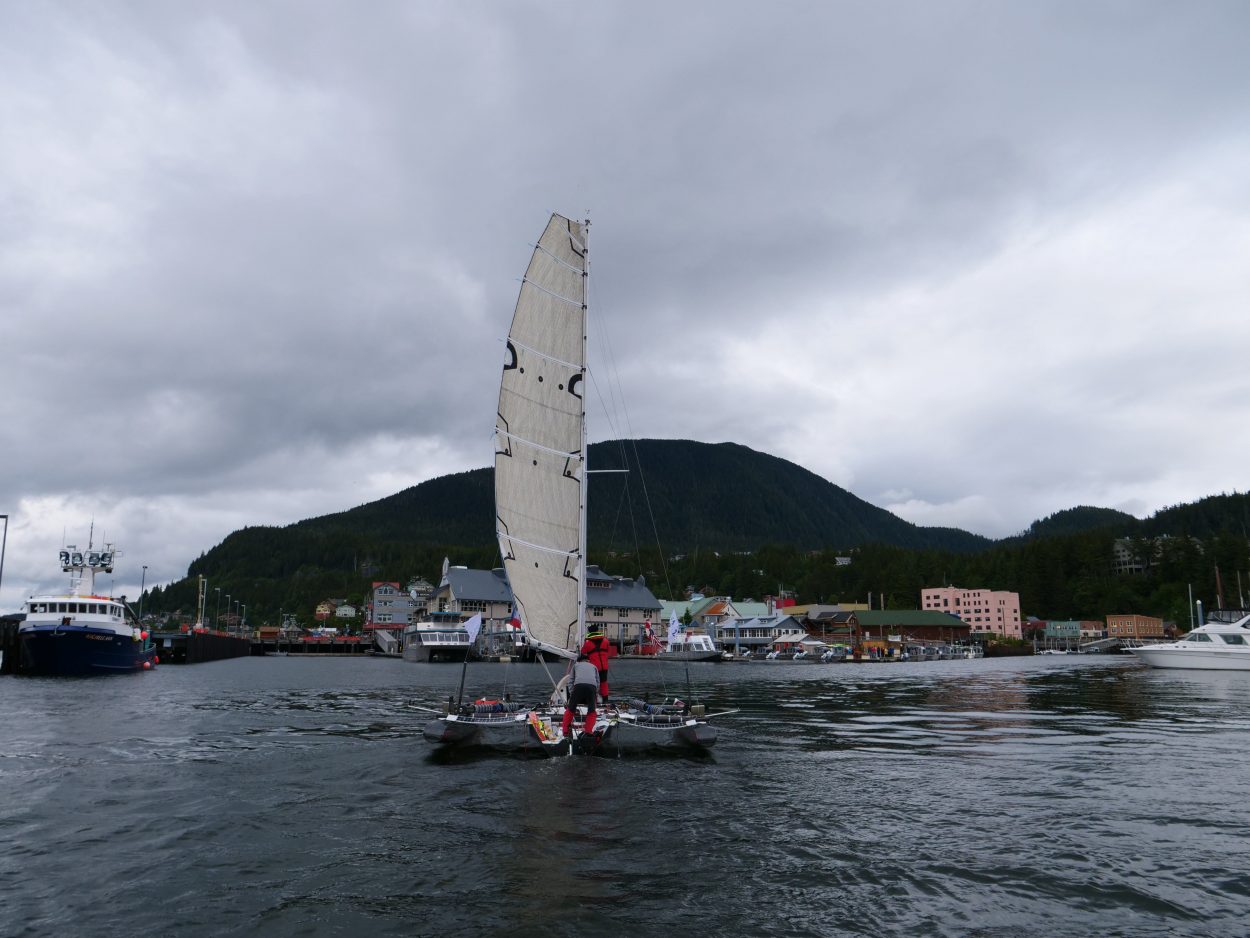 “Bon, bon, bon… I speak a little French, but we should do this in English,” I laughed.

“You want to speak French or English? Okay,” he said.

To translate a little: I asked where they’re from, and he responded that they’re from Paris. After switching back to English, he told me about their journey.

LaMarche told me he’s been sailing for 15 years, and that this was the first time he and Froideval had sailed together.

Froideval agreed, describing their trip in a way not unlike the stuff of novels.

“For us, first of all, it was a human experience, a human adventure between two old friends,” he said.

Phocoena, their team name, is Latin for ‘porpoise.’ Froideval said the name is a connection to their friendship and their country.

“It’s special because in France, the French Marines are called the porpoises,” he said. “And we both did our military service in the same unit, where we were porpoises.”

And though the two French porpoises have both been sailing for years, they described the Race to Alaska as more challenging than anything they faced back in France.

“It’s a very hard race,” LaMarche said. “More difficult than anticipated. The weather – we are not used to such weather in France. There are very strong changes, and we have to adapt every time, and the wind is not stable. So, every quarter, every hour, we face light winds, hard winds – currents, we are not used to sailing with currents. So that’s what was the main difficulty for us.”

Froideval described the 750-mile race as a puzzle.

“We discovered along the time [sic] the pieces,” he said.

LaMarche and Froideval will be returning home to their families in France in the next few days.

There are still 8 boats making their way to the finish line. You can track their progress online at R2AK.com.