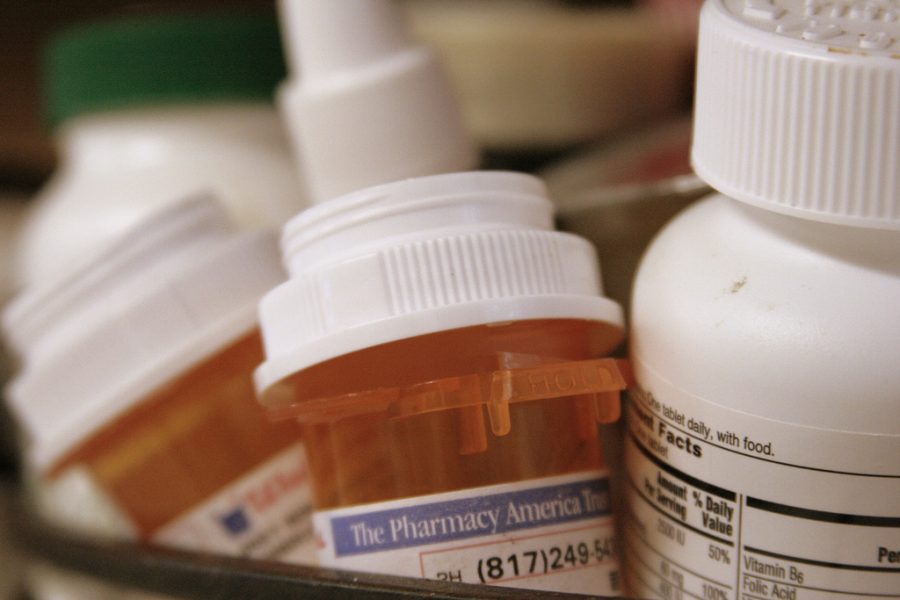 Like the rest of the nation, Ketchikan has seen an increase in people abusing opioids. But, some local experts say it doesn’t mean there are that many more addicts overall – it’s just a change in what they’re addicted to.

For this special report, we talked with three local substance abuse treatment specialists about the problem and treatment options available in Alaska’s First City.

Opioids is a term for a variety of drugs, some available legally if prescribed by a doctor, like oxycodone; others illegal in any form, such as heroin.

All are addictive, even the prescriptions. And, many people who become addicted start with a prescription. Throughout the United States, including Ketchikan, opioid addiction has increased in recent years.

“I also think meth is a problem. And alcohol is certainly a problem,” she said.

Steve Parker, a substance abuse counselor at Gateway, says national and local addiction levels haven’t changed much overall. It has been about 20 percent of the population historically, and it’s still about 20 percent. What changes, he says, is what people are abusing.

“I don’t see the opiate epidemic as anything but a switch from one drug to another drug that will probably switch to another drug and then back to the other drug, leaving the population that’s addicted at 20 percent,” he said.

He and Bullock agree that alcohol is, and always has been, a much bigger problem in Ketchikan than any other substance.

“But, because it’s the drug of choice of ‘normal’ people, there’s never an epidemic of it,” he said. “At the KAR House right now – which is the treatment facility – we have probably around…”

Parker says Gateway treats addiction as addiction, no matter the substance used. Detox is different, though, because that process for certain substances — alcohol, especially — can be deadly.

There is no designated detox facility in Ketchikan. Some people have to leave town for that kind of service.

Gateway offers intensive outpatient – which is lots of group and individual therapy – and less intensive follow-up outpatient services. They also have a small residential program at the KAR House.

Gateway is looking into adding medically assisted treatment for opioid addiction. Bullock says it’s in the exploration phase, to see if it’s something that can work for the center.

Right now, there’s only one physician in Ketchikan who provides medically assisted treatment, prescribing low-level opioids to help people get off the hard stuff. Dr. Wynelle Snow is a psychiatrist who has been working in addiction treatment for decades, starting on the East Coast.

“There wasn’t a lot of options then for detoxification,” she said. “We had a lot of methadone clinics in Connecticut.”

But, Snow says, people had to visit a certified methadone clinic daily to get their dose. Other treatments were inpatient only, such as buprenorphine injections.

“The buprenorphine itself is an opiate, and it’s not a full stimulator at the opiate receptors, it’s a partial stimulator,” she said.

So, it fills in those opiate receptors and dulls withdrawal symptoms.

Buprenorphine later was developed into an outpatient medication commonly called Suboxone. That’s what Snow prescribes to her patients for detox and maintenance.

“A number of other doctors in town thought I should strictly use it to just detoxify people from opiates,” she said. “However, if you read all the studies, the people who were detoxified with Suboxone had a better chance of maintaining abstinence if they were on it as a maintenance medication for at least a year.”

Snow says she used to believe that complete abstinence was the only way to go, but she’s since come to think that some people who are addicted to opioids need to be on maintenance for many years.

Snow explains that we all have opioid receptors because our bodies make opioids. They’re called endorphins – feel-good hormones. We make those when we exercise, eat chocolate, have an orgasm.

When people abuse opioids, she says, they overstimulate those receptors and their bodies stop making endorphins.

“Your body, through its feedback mechanisms decides: ‘There’s no reason for us to be making endorphins anymore. We have all this stimulation coming our way, anyway,’” she said.

For some of those people, their bodies completely forget – maybe forever – how to make natural endorphins. So, exercise, etc., won’t help.

Snow agrees that opioid addiction has grown in recent years. When she first arrived in Ketchikan in the late-1990s, it was more cocaine; later it was methamphetamine. But then prescription opioids started making inroads. Drug manufacturers have since changed the formula for those prescriptions so they couldn’t be abused as easily, Snow says.

“I remember the drug rep from Purdue came by my office and said, ‘Oh, I’ve got great news. We’ve changed the formulation for Oxycontin so it can’t be abused anymore,’” she said. “And my thought was, ‘That’s not great news. People will just start using heroin now.’”

And, she says, that’s what happened.

A third treatment provider in town is Ketchikan Indian Community’s clinic. Craig Ward is the substance abuse prevention coordinator there. He agrees that what people are addicted to has changed in recent years. And, he says, opioids hit a different segment of the population.

KIC’s substance treatment program is outpatient only, and focuses on people who need a lower level of support – such as those who have already gone through detox and intensive therapy.

And often, they see the same people come back. The success rate for addiction treatment is low nationwide, and even those who are successful often need to go through treatment multiple times.

Because they get some state funding, KIC offers group and individual therapy to all residents, Ward says, not just tribal members. He says they saw 133 people in the past year.

Alcohol always has been and probably will continue to be the biggest substance abuse problem in Ketchikan. But, Ward says, their number of alcohol-addicted clients has dropped over the past two years.

“Why alcohol is not as big of a problem? Because law enforcement is busy with opiate problems,” he said.

Which means people aren’t getting arrested as often, and sent to them as often. So, the problem is still there.

That’s the thing about substance abuse. The problem is always still there.