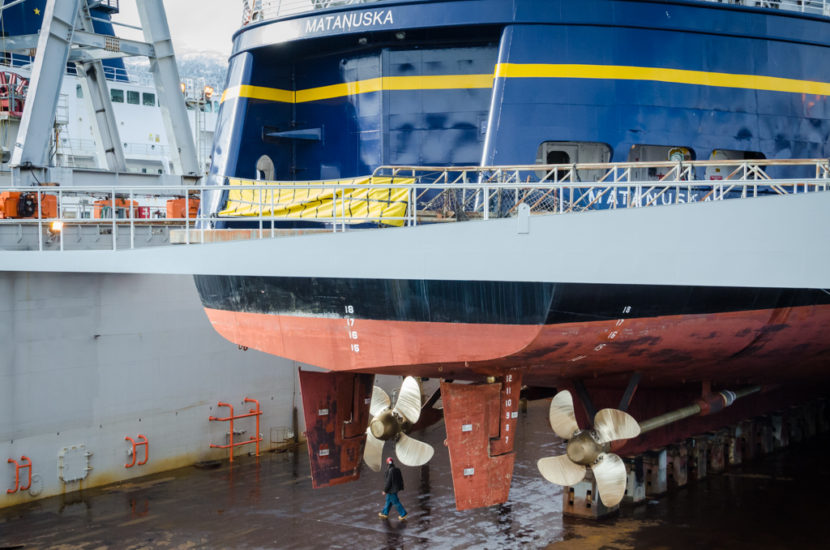 The ferry Matanuska is propped up, out of the water, during earlier maintenance at the Ketchikan Shipyard. It will be out of service this fall so it can get new engines and related equipment. (Photo by Heather Bryant/KTOO)

“The service schedule is nearly identical to last year. The same with the operating budget. We’ve shifted some boats around, but the service itself is basically the same,” she said.

The shifting will allow the 54-year-old ferry Matanuska to undergo significant upgrades.

“We’re going to have new engines, new auxiliary equipment, basically a new engine room. And it doesn’t just stop at the engines. It’ll go from the reduction gear all the way out to the shaft and the props and rudders,” he said.

He said the work will cost about $36 million, using mostly federal funding.

The schedule was released Aug. 10, after a shorter-than-usual public-comment period. That’s because the Legislature made its budget decisions in late June, months beyond the usual deadline.