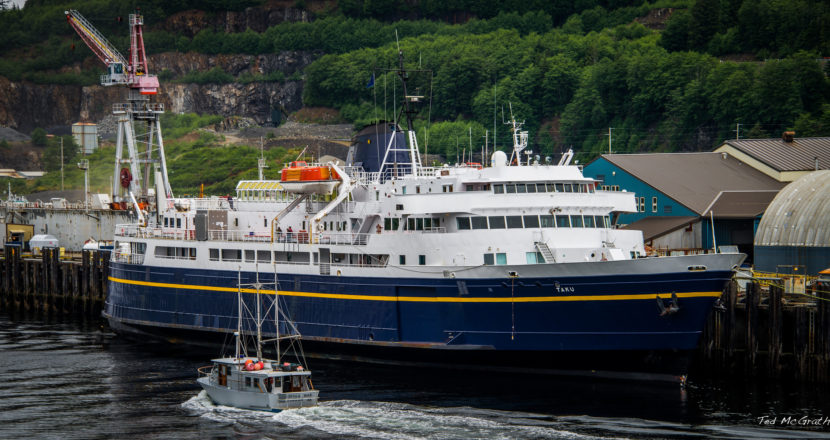 The Alaska Marine Highway System’s ferry Taku is for sale. The bid deadline has been extended to allow a potential buyer more time to examine the ship. (Creative Commons photo by Ted McGrath)

The state has pushed back the bid deadline for the ferry Taku until Sept. 15. That’s because a potential buyer wants more time.

It’s the fourth extension since the Alaska Marine Highway System began advertising the ship back in March. 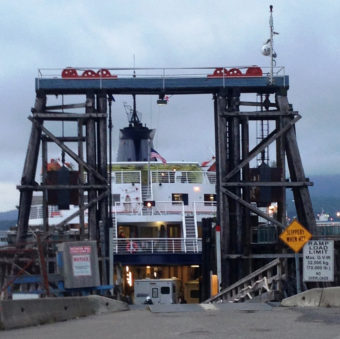 “They’ve looked it over once and they’re coming back. It’s like going to the house you’re going to buy a second time just because you want to make sure it’s got the exact things you want on it,” she said.

Officials are not releasing the asking price, though it’s below $750,000, the most recently advertised minimum.

The state wants to get rid of the Taku because it’s old and new vessels are being built. The 54-year-old ship was taken out of service in June 2015 as a budget-cutting measure.

But it was already being targeted for retirement.

While the focus is on one interested buyer, Landau said the bid extension is for all parties.

“Anybody who puts in a bid that is near the reserve price is one that the state will consider very seriously,” she said.

The Taku was built for long sailings, with room for about 350 passengers and 50 vehicles. It has 40 staterooms, a cafeteria, observation lounges and a covered solarium. It’s in long-term storage at Ketchikan’s Ward Cove.

The two ships under construction are smaller and meant for shorter sailings. They’re scheduled to come into service within the next two years, connecting Juneau, Haines and Skagway.