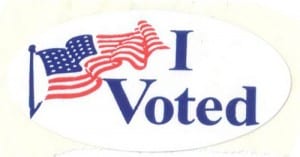 On the last day of filing for local elected office, new candidates turned in paperwork to run.

Kent Colby and Susan Pickrell joined the field for Ketchikan Gateway Borough Assembly. There are three seats open on the Assembly, and with their submissions, there now are six candidates.

There also are three open seats on the Ketchikan School Board. Two of those seats are full three-year terms, and one is a one-year term.

Incumbent School Board Member Glenn Brown filed Friday for the one-year seat. He will running against Bill Blankenship.

Three candidates have filed to run for the two full-term seats. They are incumbent Diane Gubatayao, former school board member David Timmerman, and outgoing assembly member Glen Thompson. Thompson can’t run for re-election to the assembly because of term limits.

The Ketchikan City Council also has three open seats. Only the incumbents have filed to run. They are Dick Coose, Mark Flora and David Kiffer.