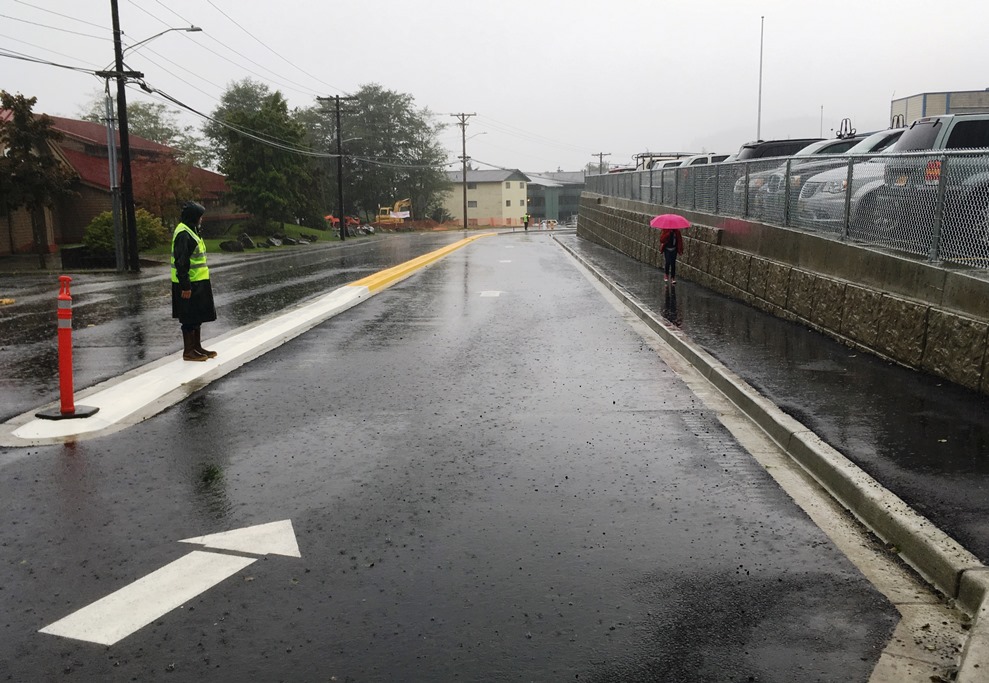 Wednesday marked the first day of school for the Ketchikan School District, and Superintendent Robert Boyle said it was a successful day, for the most part. But there were some bumps.

Unlike some other districts in the state, Ketchikan’s schools started the year fully staffed. And, Superintendent Boyle said the district’s maintenance and custodial staff did a great job over the summer.

“Everything was all good and then we open up the doors and the kids come, and we have more students than we had initially projected, which is a good thing,” he said.

Boyle said there are about 45 more students than projected in the budget. If that holds through the October count, it could mean a $300,000 bump to the district’s state funding, which is based on enrollment.

Boyle said the schools were able to absorb those extra students for now. They might later have to hire more staff or change bus routes to accommodate the extra kids.

He attributed the additional students to U.S. Coast Guard families, and to a reduced drop-out rate in the district.

One area that didn’t go completely smoothly on the first day of school was the new Houghtaling Elementary School drop-off zone. The $900,000 project was mostly funded through the state, with some funding from the Ketchikan Gateway Borough. Its goal is to provide a safer place for parents to drop their kids off.

Boyle said Wednesday morning was a bit “sticky” as parents figured out where to drop off their children. But, he said, that went well overall. The afternoon pickup, though, with its new safety-focused process, was challenging.

“It takes a number of practice points for that,” he said. “Our staff have to have their routine practiced. The students have to know and expect what that is, and the parents have to know what that is. We did not execute that as well as we’d like. We had cars around the corner, I understand all the way over to Holy Name.”

That church is a block down the street from the intersection leading to Houghtaling.

The new process, Boyle said, is meant to ensure kids go home with the right person. Parents and guardians have placards that correspond to their child. The child is dismissed when a spotter outside relays to a teacher inside that the student’s ride has arrived.

Boyle said they’ve been rehearsing and he expects that between that, more information sent to parents, and everyone just getting used to a new process, it will all work out.

“There’s two things that happen there that we hope — plan for, really – is that we have an efficient distribution of students, but then also that safe distribution. Make sure the right people get the right kid,” he said.

There is still some construction work left to finish at Houghtaling. Wet weather this summer caused some delays, and the contractor focused on completing the drop-off area and parking lots in time for school. A set of outdoor concrete steps still needs to be replaced.

Boyle said that, weather permitting, the steps should be completed by the end of September.