Hiker rescued after falling down cliff on Dude Mountain Trail 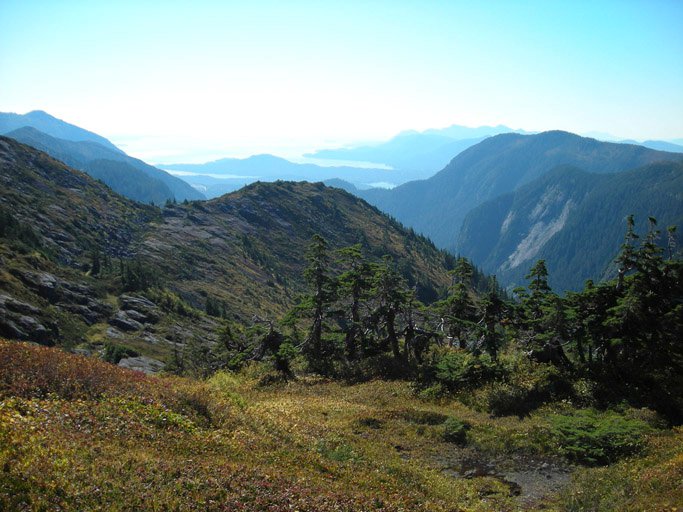 A view from the Dude Mountain Trail. (KRBD file photo)

A 27-year-old Florida man was rescued Sunday afternoon after he fell and hurt his leg while hiking on Dude Mountain.

According to the Ketchikan Volunteer Rescue Squad, the report was called in by a hunter and his son who had heard the hiker signaling for help. The hunters said they had voice contact with the hiker, but the terrain was too steep for them to get closer.

A medical rescue team on a Temsco helicopter went out to the site, and with the help of the hunters was able to locate the hiker. He was identified by Alaska State Troopers as Zach Green.

The team was set down below Green, who had landed on a small ledge in a steep area near the bottom of a 150-foot cliff. The team hiked up to Green and provided treatment while a second Temsco helicopter was deployed with more equipment and personnel.

KVRS crews were able to use ropes to lower Green to a better helicopter-landing site. He was flown to a waiting ambulance at about 7:15 p.m., and taken to PeaceHealth Ketchikan Medical Center for treatment.