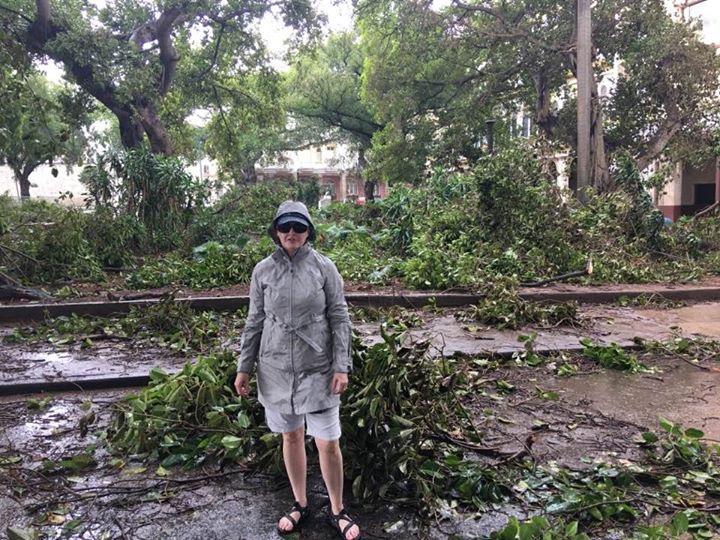 Hurricane Irma made landfall in Cuba on Friday.  Maureen Stephenson of Ketchikan was in Havana when Irma struck that city Saturday morning. She contacted KRBD on Sunday to share her story.

“It’s pretty comparable to the wind and rain we get in Ketchikan, but obviously much stronger if you’re out in it. There’s not much vegetation in Old Havana where we’re staying. We lost power during the night. There are a lot of big trees down here. The waterfront – the big avenue on the port – is under water, and a lot of houses near the front are also under water.”

Stephenson says the area she was in didn’t get hit directly. She says some lamp posts nearby were bent over, along with a wrought-iron statue.

“So it just came, literally, in waves of one little rainstorm at a time. There wasn’t a whole lot of thunder or lightning. There was lots of wind once and a while. It would just be about a half an hour, then it would stop, then it would go again for a while. During the night it might have been steadier.”

Stephenson says, other than losing power, she and her husband fared well because they were staying in a hotel. She expressed concern for the Cubans.

“All these people live in these stone buildings that don’t really have a lot of protection. All their water supply is trucked in. There’s not much infrastructure and a lot of poverty. So people are living without a lot of good shelter.

Stephenson and her husband were in Havana celebrating their 30th wedding anniversary. They were scheduled to leave on Monday, weather and flights permitting.

UPDATE: Stephenson contacted us Tuesday to say the airport was closed, but she and her husband are safe, and are scheduled to depart on a flight Thursday. She also sent these photos. 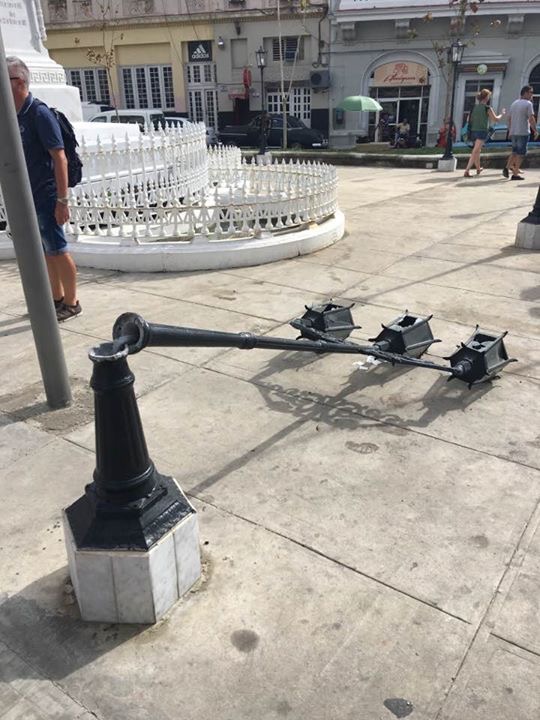 A lamppost in Old Havana downed by Hurricane Irma (photo by Maureen Stephenson). 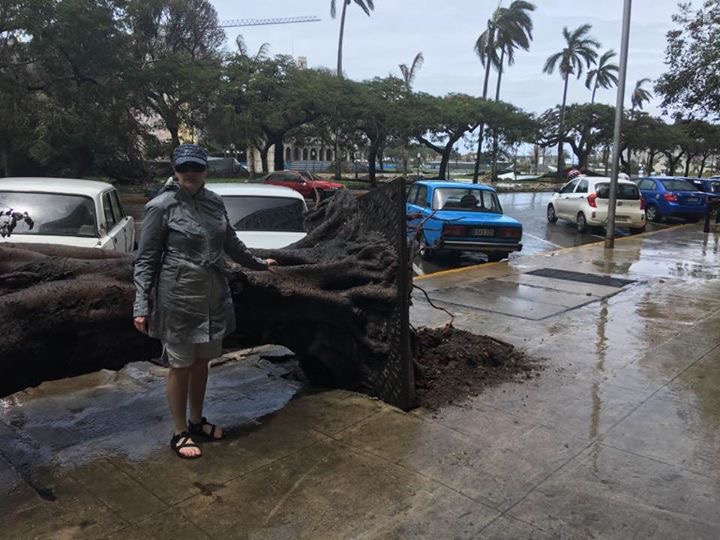 Maureen Stephenson stands by a tree uprooted by Hurricane Irma. 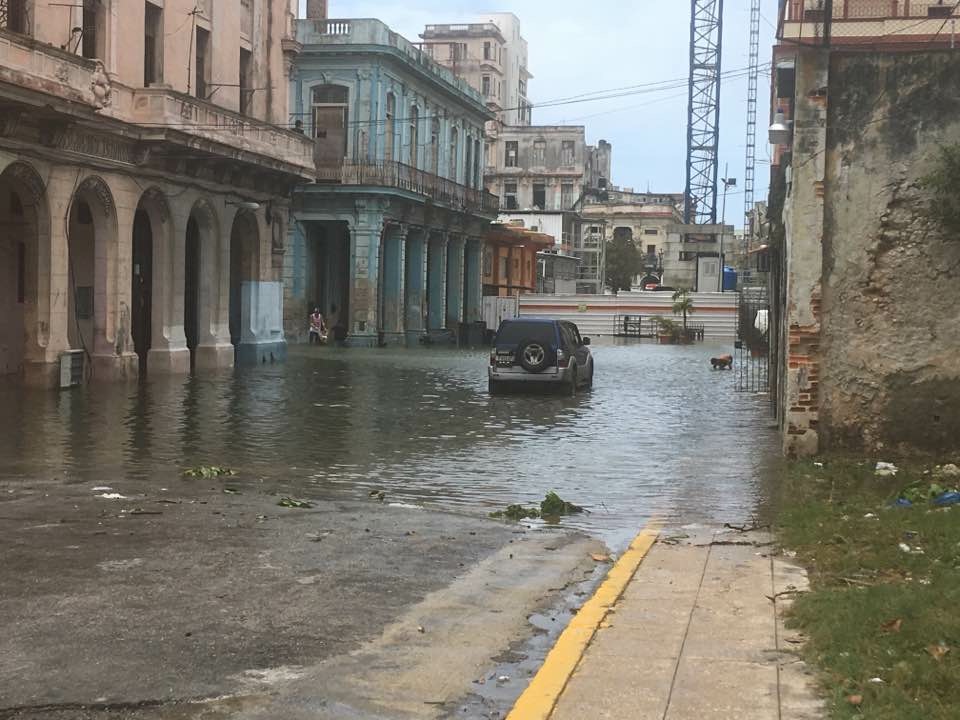 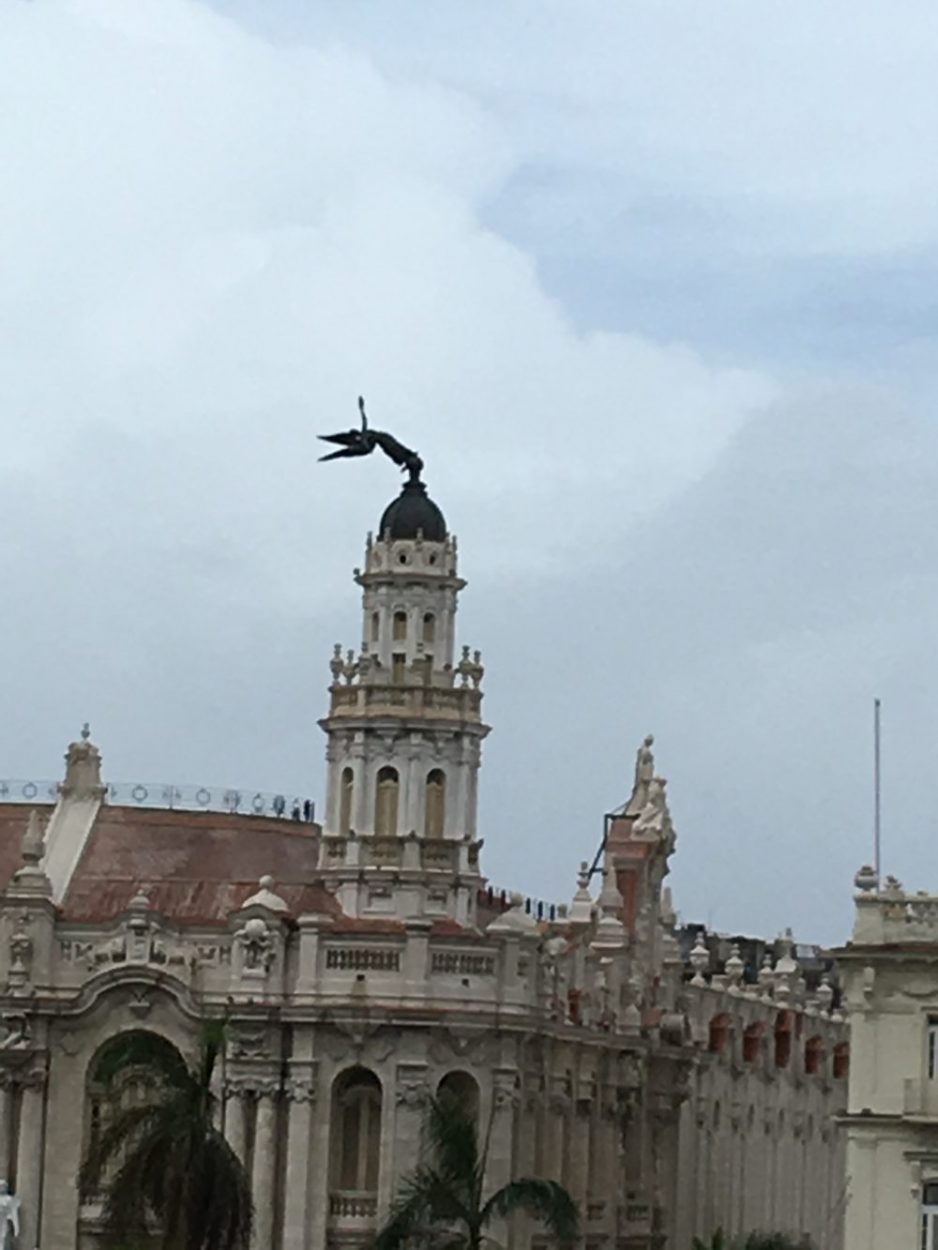