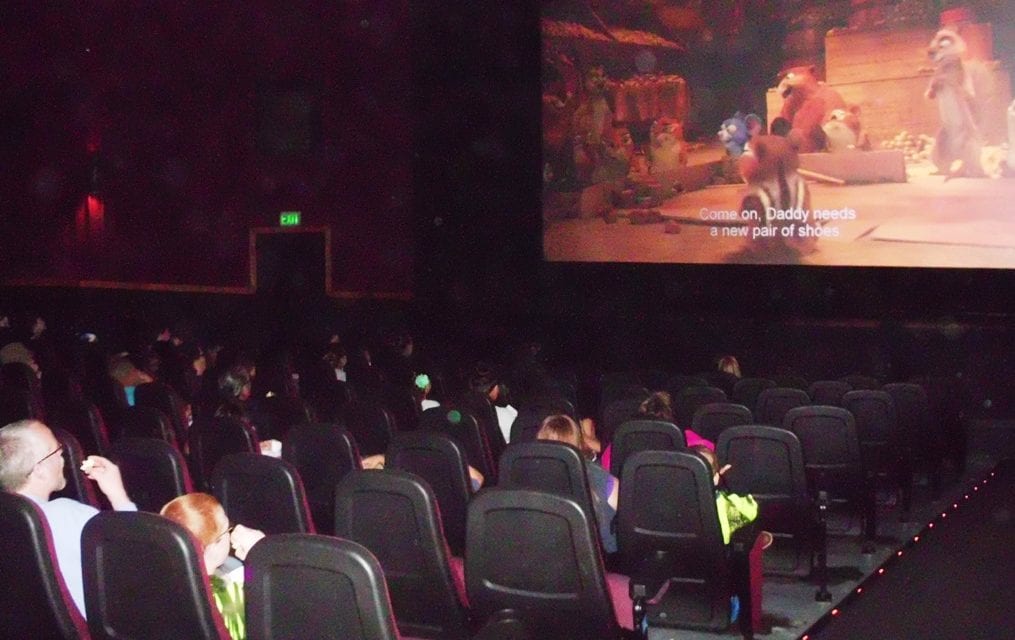 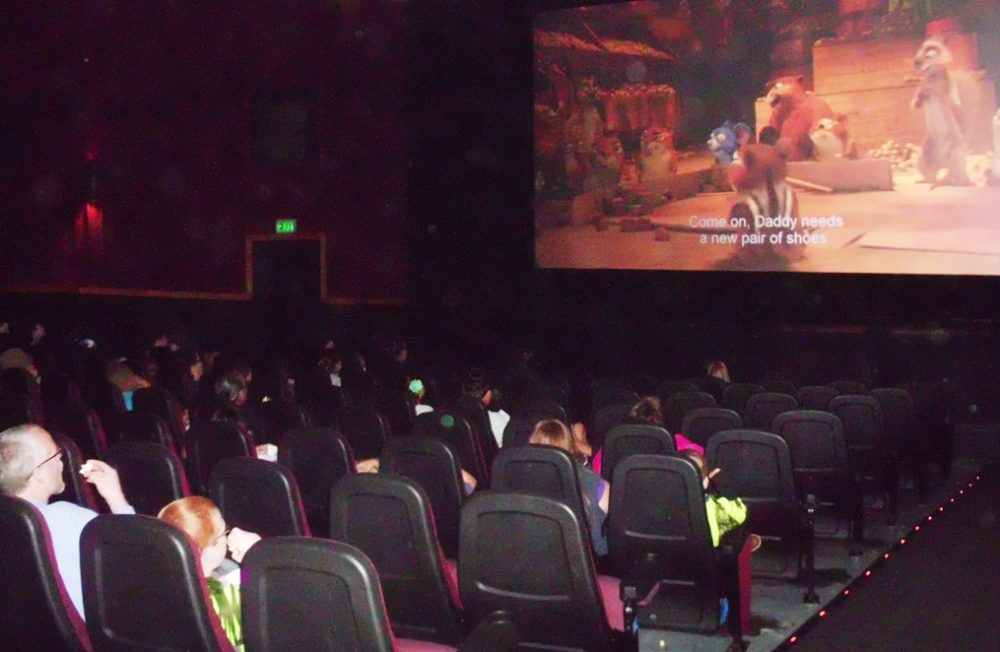 An audience watches a special sensory-sensitive screening in Ketchikan.

In early September, Gross-Alaska Theatres and Juneau Pediatric Dentistry sponsored a special film screening in Ketchikan. The free showing was designed for those sensitive to light or sound, as well as those who have trouble sitting still or staying quiet, but all were welcome.

About 80 people attended the screening of the computer-animated feature, “Nut Job 2: Nutty by Nature.” At this special screening, shushing was not allowed, and cheering, calling out or wandering around the theater was welcome.

Before the film began, I spoke with a few of the attendees. Two families said they were unaware that it was a special showing, and didn’t think allowing talking or wandering would be disruptive.  Amy Welty was aware of the special screening. She says she appreciated that the film was free and the family-friendly atmosphere.

“The younger ones are…Steven likes to move around. So it makes it a lot nicer, because then we don’t have to be like, ‘No. Shh… Stop! Stop! He can actually sit and watch it and move a bit and I won’t have to worry.”

Hillary Hammond brought a friend with special needs. She says the two have gone to movies together before, but were excited about the special showing.

“I think it’s going to be great that we can make noise if we need to a little bit, and get up and down if we need to, and that it’s socially acceptable today. I think that’s amazing.”

Prior to the screening, I spoke with Bess Clark to learn more about sensory sensitivity. Clark is executive director of Community Connections, an organization that supports people with developmental disabilities.

Clark says as a result, a person might make a sudden noise or need to stand up or move around.  She says because of this, some people feel uncomfortable going to movies.

“It’s not that they don’t feel welcome, it just some people that we serve really do get over-stimulated, and so they do make it difficult for that neighbor or that person sitting next to them to watch a movie.”

Kenny Solomon-Gross, vice-president and general manager of Gross-Alaska Theatres, welcomed the crowd to the special screening. He explained that he’d turn down the lights, but if anyone wanted them turned back up, to let him know. Subtitles were on the screen for those with hearing difficulties, and the sound was lower than usual.  I spoke with Solomon-Gross about the special features. 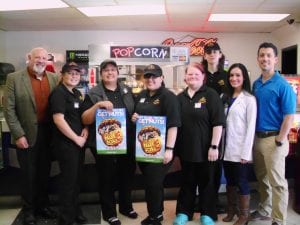 “So what I did when the people came in here I left the lights on – the janitor lights or cleaning lights – so the whole place would be nice and bright. Then as the movie was started I was able to tell the audience, ‘Hey, we’re going to shut these off, but the lights on the side, which usually get dimmed when the movie comes on, we’ll leave them up.’ So if there are any light-sensitivity problems, they’re kind of acquainted with the area, and then they feel comfortable being in here. That was my goal, to try to do that.”

During the first 45 minutes or so, a few small children spoke, but most sat and watched quietly. After that, several started wandering the aisles or standing up. Some began talking, but mostly to the characters on the screen. It didn’t seem disruptive.

After the film, I spoke with mom Marissa Hockema.

This is the first time Gross-Alaska has hosted a sensory-sensitive showing in Ketchikan. Solomon-Gross says he plans to have more special screenings in the future, perhaps quarterly. He says, in part, it will depend upon the next time an appropriate, family-friendly film is scheduled.