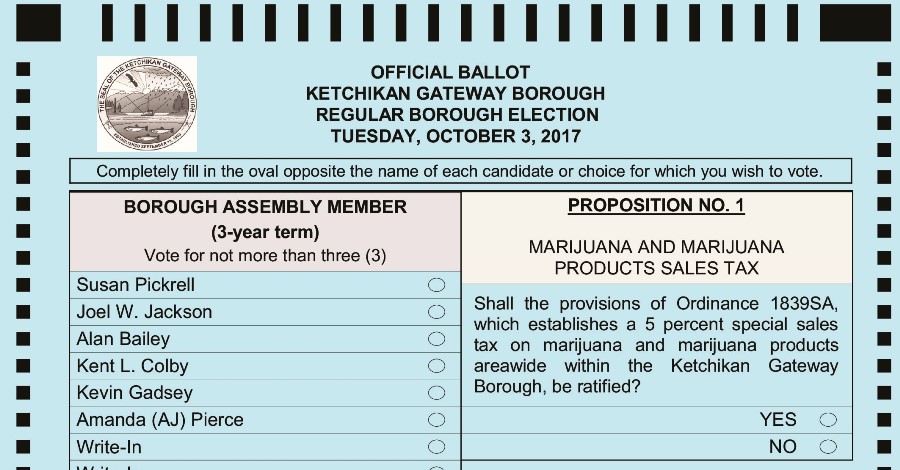 Local elections are Tuesday, with polls open from 7 a.m. to 8 p.m.

All voters throughout the Ketchikan Gateway Borough will decide a borough ballot question. It asks whether there should be a 5-percent special sales tax on marijuana.

If approved by voters, the marijuana tax would not apply within the City of Ketchikan, because the city already has its own 5-percent pot tax.

There are three candidates vying for two three-year seats on the Ketchikan School Board. They are incumbent Diane Gubatayao, Glen Thompson and David Timmerman.

Two candidates are running for a one-year seat on the school board. They are Bill Blankenship and incumbent Glenn Brown.

Here is an earlier report about the school board candidates.

City of Ketchikan voters will decide a city-only ballot issue. If approved, the ballot question would ban transportation network companies such as Uber and Lyft from operating within city limits.

The Ketchikan City Council has three open seats, and the three incumbents are running unopposed. They are Dick Coose, Mark Flora and Dave Kiffer.

Below is a sample ballot with all the candidates and ballot questions.