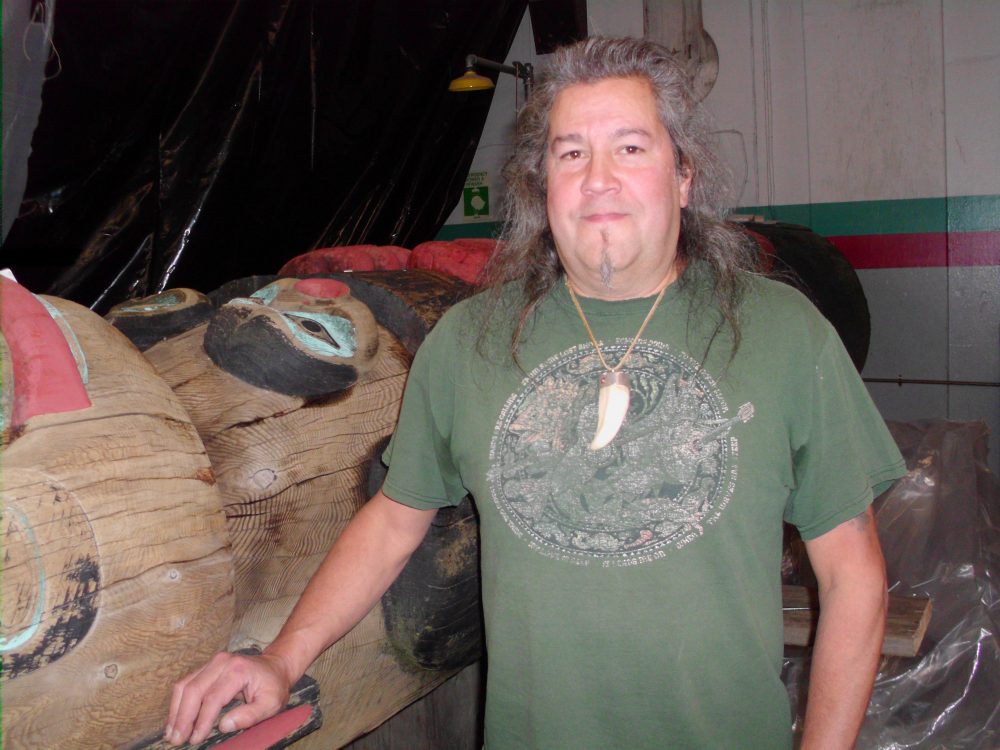 In late September, the Chief Johnson totem pole was taken down for cleaning and repairs. The pole stood at the south end of the Centennial Building parking lot adjacent to the city museum.

The 55-foot pole is a replica carved by Israel Shotridge and raised in 1989. It is now at the old fire hall on Main Street where Tommy Joseph is undertaking the restoration process.

“I’m a Tlingit wood carver, also wood conservator, originally from Ketchikan, Alaska. I now live in Sitka, Alaska. I’ve been there for 33 years.” 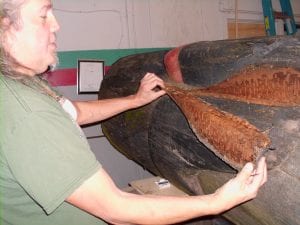 Joseph has more than 20 years’ experience with totem pole restoration. He says he began with an assessment of the overall condition of the pole.

“The first thing I did was check to see that it was going to be suitable to put back out(side).  And it is. It’s a solid log – mostly. It’s got a few soft spots here and there, but going over and checking to make sure it wasn’t all just a shell.”

Joseph has completed the cleaning phase of the process.  He used a variety of tools to examine and clean the pole: tweezers, scrapers and what look like dental instruments. Joseph says he begins with a long probe to determine the extent of rot and identify areas damaged by carpenter ants. 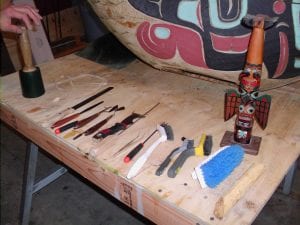 Cleaning tools and a small replica of the Chief Johnson pole.  (KRBD photo by Maria Dudzak)

“So I’m probing to find the soft spots or what’s hard. After that, it’s scrubbing it down and using a pretty potent soap to scrub it. It’s scrubbers of different sizes and shapes. Softer ones for the delicate spots, and harder ones for the areas that you’re just trying to get the surface cleaned out.”

He says he uses trowels, painter’s tools and picks to remove lichen, moss and other debris from small areas.

Sitting on the table with the tools is a small replica of the Chief Johnson totem pole. Joseph says it was carved in the 50’s in Ketchikan by a Tsimshian carver.

“The Mather family that made this, they were my grandmother’s next-door neighbors when I was a kid. So I’d go over there and watch and look in the window and see all these little totem poles and things they were making in there all the time. I saw this and got it off e-Bay some years ago. Last year somebody gave me a six-foot one. I have a little collection of these little miniature totem poles by other people.” 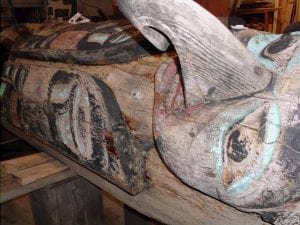 He says since he is working on the larger pole, he thought it would be fun to have the small version with him.

Now that the cleaning stage is completed, Joseph is now starting the process of repair and restoration.

“Some wood needs to be replaced. Others just treated and reassembled and consolidated. I need to make the soft, deteriorating wood into a hard solid again.”

Joseph will need to re-carve some pieces, including the raven’s beak that broke away from the pole in 2016. He says he also will refresh the paint to make it more vibrant. Joseph estimates it will take six weeks to complete the restoration. 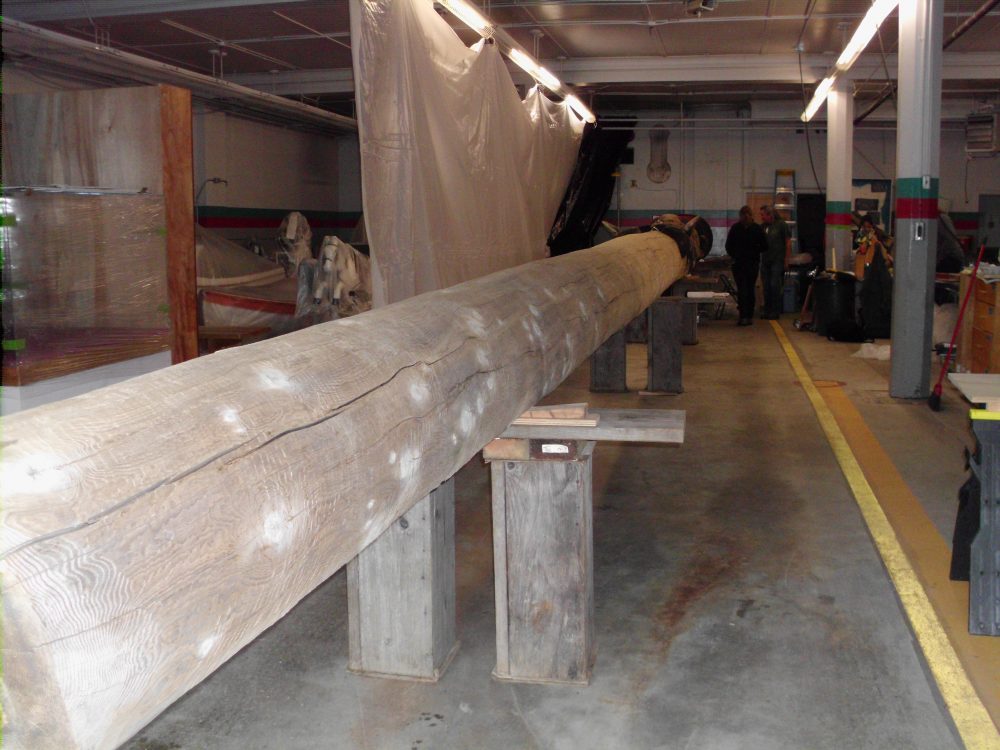