Academy offers peek inside the workings of the police department 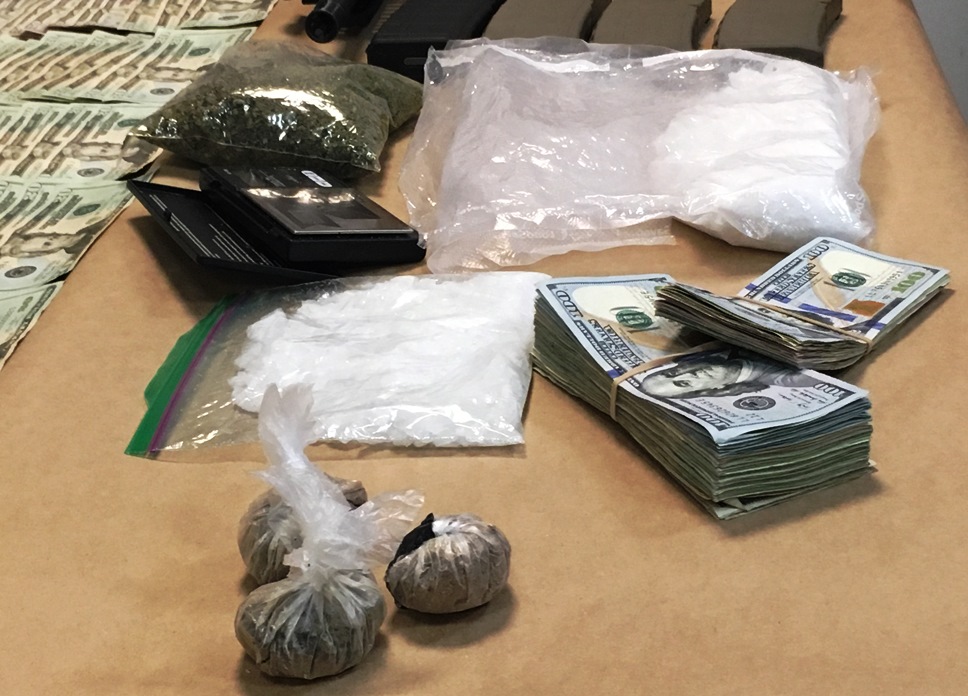 Methamphetamine, heroin and cash seized in a recent drug bust are on display at the Ketchikan Police Department. Drug investigation techniques is one portion of an upcoming Citizen Police Academy. (KRBD file photo by Leila Kheiry)

The Ketchikan Police Department is seeking men and women to participate in its Citizen Police Academy.  The eight-week course starts November 1st with an orientation and barbecue.  Deputy chief Josh Dossett explains the purpose of the academy.

“It’s where people can come in and take classes and learn more about what the police do – how we handle calls, why we react the way we do. It gives you a peek behind the curtain.”

After the initial orientation, classes will be Tuesday nights from 6 to 8 p.m., with simulated situations Saturdays from 1 to 4 p.m.  Dossett gives an example.

“Week four we’re doing crime scene processing.  The first two hours on Tuesday will be to teach you all we do – taking fingerprints, measuring blood spatter, photographs – everything that has to go into processing a crime scene. And then on Saturday, we’ll set up mock scenarios where those citizens can actually practice those skills.”

Dossett says citizen police academies are held throughout the country, and allow police officers to interact with citizens directly.

Police chief Joe White says one of the goals is to improve relationships between police officers and the community.

“We’d like an opportunity for the community to come in and get to know some of the officers better, and understand, when they see something in the media, they hear something, they understand why it happened that way, why the police reacted a certain way, why it might have taken us a while to get a case put forward. Kind of the inside workings of what happens at the police department.”

After completion of the program, participants will graduate. White says the department hopes to form a citizens’ volunteer patrol.

“A lot of times we have people go on vacations and they’re asking for us to drive by their house and take a look at it – neighborhood watch type things. So, maybe some of the graduates from this could assist the police department in some of those functions.”

To qualify for the academy, applicants must live, work or attend school in the City of Ketchikan, be at least 18 years old, have no felony convictions, and have no misdemeanor convictions in the past three years.  The police chief has the discretion to waive or modify requirements.

Applications are available at the Ketchikan Police Department or on the city’s website. Applications are due October 24th. Space is limited to 15 participants. Dossett says they plan to hold another academy in the spring.

Here is a link to the application: https://evogov.s3.amazonaws.com/media/16/media/80680.pdf