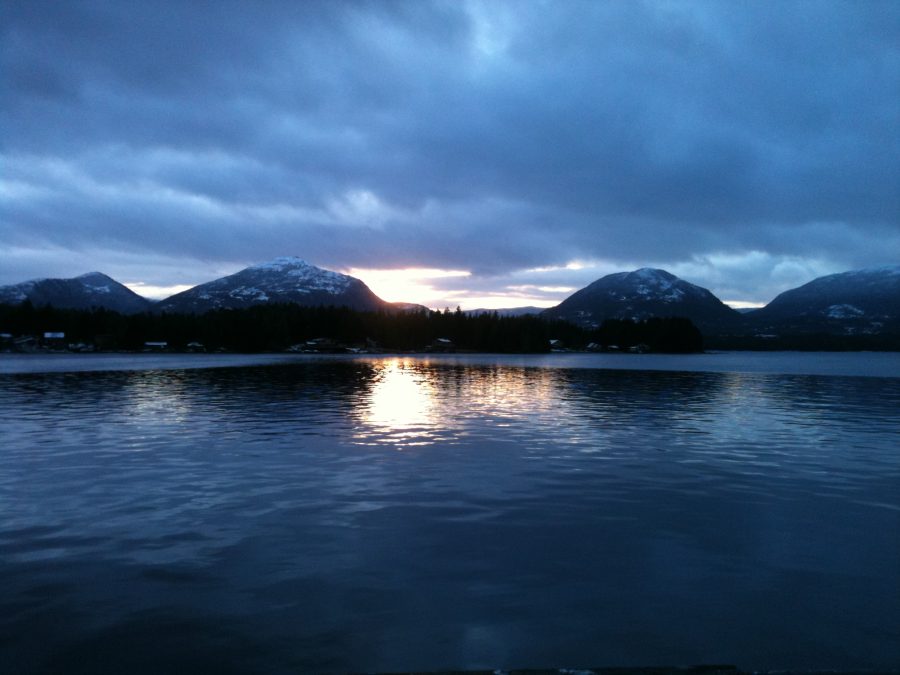 The assembly unanimously approved a request for an easement allowing AP&T to install a surface power line over Ketchikan Gateway Borough land on Gravina Island.

“AP&T also currently supplies power to other facilities on the same mountaintop,” he said. “For example: KPU, the FAA, KRBD, the Coast Guard, the State of Alaska and more. Because this demand for energy has grown, we are now forced to refuel our facilities via helicopter four times a year. This can be difficult in the winter, and even impossible at times.”

The armored on-ground transmission cable would allow AP&T to use Ketchikan Public Utilities electricity rather than diesel-fueled generators to power the site.

“The transmission cable will be designed to meet state and federal requirements,” Custer said. “And it’ll only be about an inch and a half thick, so it’s kind of like a very expensive piece of licorice.”

Custer said the generators would remain as backup power. He said AP&T still needs to get easements from the U.S. Forest Service and Alaska Mental Health Trust before it can proceed with the project.

In exchange for the easement, AP&T will pay the borough $1 per square foot, which comes to $20,000. The assembly voted unanimously to designate that payment to the borough’s economic development fund.

That move was proposed by assembly member AJ Pierce.

“I know that we’re in hard economic times right now, so it just makes sense to be able to move what we can to the economic development fund for future consideration of what we will do with those funds,” she said.

The resolution supports the efforts of Southeast Conference, a regional economic development organization, to get the Prince Rupert ferry terminal repaired for continued use by the Alaska Marine Highway System. It also calls for Alaska’s governor to lead a regional delegation to Prince Rupert to explore ways of expanding trade opportunities; and asks all state officials to adequately fund continued ferry service to Prince Rupert.