Sealaska is increasing its investments in Seattle’s seafood-processing industry, as part of the Southeast Alaska regional Native corporation’s effort to boost revenues and increase dividends.

The first investment in the industry came in 2016.

It later purchased a majority stake in Odyssey Enterprises, also based in Seattle and has about 200 workers.

Both do value-added processing, which means they turn seafood into fillets, soups, stews, breaded products and similar items.

The new addition is Orca Bay, based in Renton, about 10 miles southeast of Seattle, makes similar products and has about as many workers.

“The products they have, their customer base, their marketing strategies, their access to resources, all is very complimentary,” said Anthony Mallott, president and CEO of Sealaska, with nearly 23,000 mostly Tlingit or Haida shareholders.

He said Orca Bay is in the process of merging with Odyssey.

“The combination of the two offers not only good scale, but the opportunity to have an expanded customer base and give us a platform where we can continue to build our marketing expertise, try innovative new products and be the beginning of the seafood platform that we envisioned,” he said.

Cliff White, executive editor of the website SeafoodSource, said the acquisitions make Sealaska a medium-sized player in the industry. He said the latest purchase is a good move.

“Orca Bay is renowned for its marketing and its strong ability to connect with customers. It’s a smaller player, but it’s doing things the right way,” he said.

“To have another buyer out there in the U.S. that’s looking to grow their line of products using fish from Alaska is just another bump in demand,” he said. “Alaska produces something like 5 to 6 billion pounds in harvest volume. So it’s probably relatively minor, but it helps.” 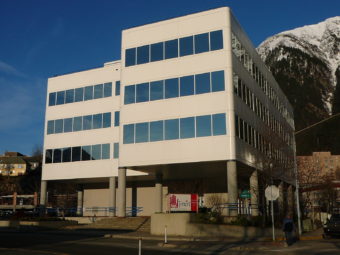 Sealaska’s seafood buys are part of a five-year recovery plan after its construction company lost more than $25 million and other businesses more than doubled that amount in 2013.

With revenues, the loss added up to about $35 million.

Among other things, the plan called for development of businesses closer to Southeast Alaska and the Pacific Northwest, where many shareholders live.

Earlier investments included plastics factories as far away as Alabama and Guadalajara, Mexico.

Mallott said processing is one reason the corporation has been able to boost its businesses’ part of this month’s $11 million shareholder distribution.

“The earnings have improved across the board,” he said. “Natural resources, government services and the new seafood investments are all adding to the earnings that are culminating in this increased dividend.”

The dollar-per-share contribution isn’t a lot, but it’s the largest in the past few years. Earnings from Sealaska’s Marjorie Young Permanent Fund added another 86 cents per share.

But the largest amount comes from natural-resource earnings shared by all 12 regional Native corporations. The amount, $4.10 per share, is down.

“The distribution is driven by oil income from Arctic Slope Regional Corp. So the main driver is the lower oil price,” Mallott said.

Sealaska also pays shareholders a spring dividend. It’s driven, in part, by revenues from the Red Dog zinc mine. That‘s on property owned by the Kotzebue-based NANA Regional Corp.

Read more about the dividends’ breakdown.