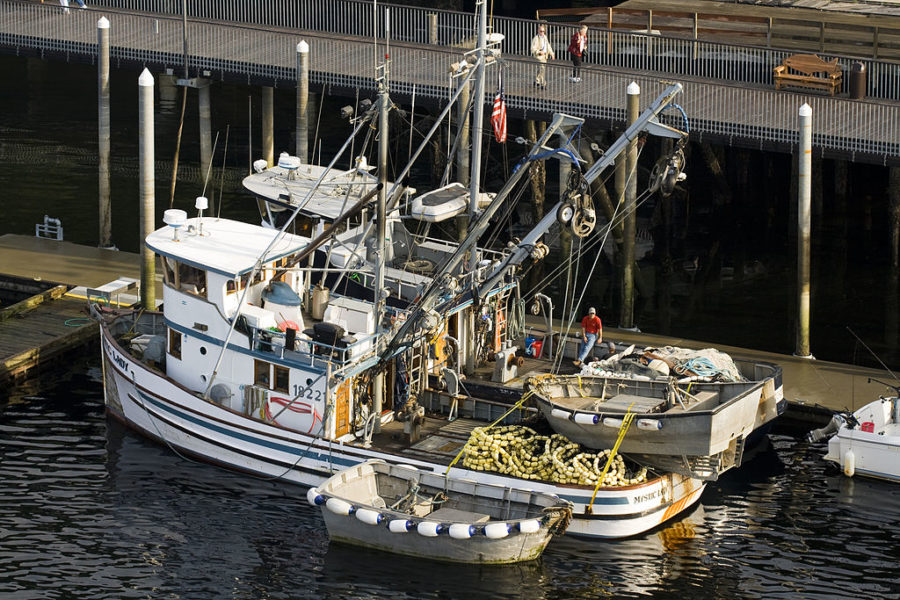 SSRAA operates six hatcheries, rearing areas and remote release sites. Landis says they do not operate fish farms. The fish are hatched and released as soon as they are able to survive on their own. He says the fish are common property, meaning anyone can harvest them, and they benefit commercial as well as sport fishermen.

Landis says the organization has employees throughout Southern Southeast, with wages and benefits totaling more than $3.1 million to the region.

Landis says purchases at the hatcheries and other facilities also help the local economy.

“So SSRAA facilities have an impact, of course, with local contractors. When those fish are hatched and taken out to the remote sites, we have boats that are contracted to do that. We have construction projects that are driving pilings and putting up buildings and so forth.”

But, he says, the largest purchase, fish food, can’t be bought locally due to price, quality and quantity needed.

Landis says SSRAA’s revenue comes primarily from the sale of some of the fish returning to the hatcheries, special harvests, and a 3-percent commercial fish tax.

“They don’t necessarily like to have 3-percent taken out, but they get a whole lot more back from that.”

Landis says last year, fishermen paid about $1.6 million in enhancement taxes, but received more than twelve times that in return.

Susan Doherty says SEAS is a non-profit funded solely by its membership. She says the organization’s mission is to ensure a future for the region’s seine fleet.  Doherty says members are active on boards, attend fisheries meetings, and provide input on proposed legislation. She says fishermen are an independent breed.

“They don’t like to toot their own horns very much. And so, because of that, there are a lot of misconceptions about what their economic impact is, where they live, and where they spend their money.”

She says there are approximately 100 skipper members in SEAS, and 56 percent live in Alaska. Of those in Alaska, 40 percent live in Petersburg and 20 percent in Ketchikan. She says almost all out-of-state members live in the Seattle area.

Doherty shared statistics from a 2015 fact sheet published by the United Fishermen of Alaska. Nationwide, Ketchikan was ranked the 15th fishing port by catch weight, and 25th by value.

In addition to captain and crew, more than 1,000 people were employed in seafood processing in the Ketchikan Gateway Borough, with total wages of approximately $21 million.

“Those are direct jobs, but to the community of Ketchikan and the borough, there’s the fisheries enhancement tax. It’s a shared tax that the state takes half and they give half of it back to the local communities where the fish were landed.”

Over the past five years, the amount going to both the city and borough ranged from $400,000 to more than $1 million.

Doherty says fisheries in coastal communities have a significant impact in helping to run government and fund services. She says the fishing industry has been an ongoing and stable economic base in Ketchikan.