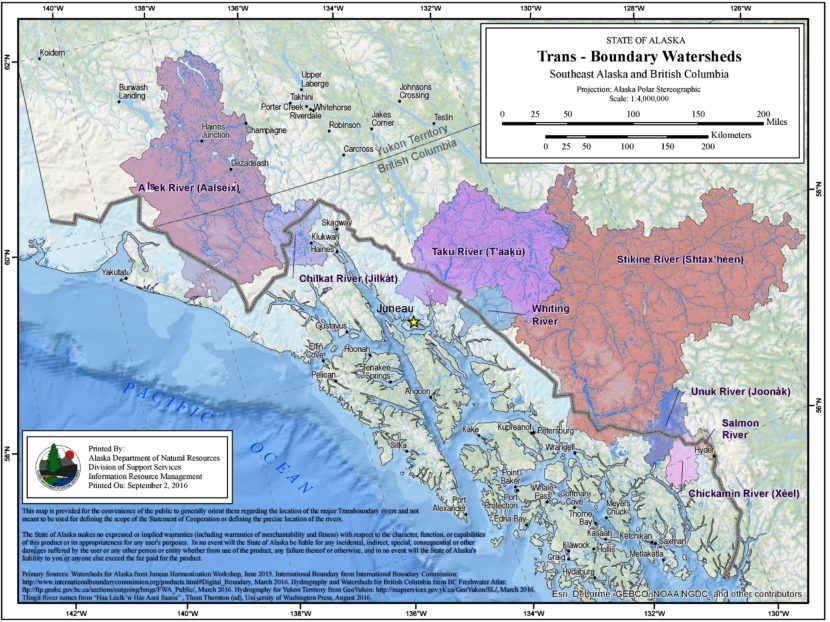 The governor, lieutenant governor and Congressional delegation made the ask in a joint letter sent Nov. 13 to the U.S. State Department.

“We focused on asking them to have the B.C. mining projects, the transboundary treaty and the implementation of it as it relates to transboundary rivers in Alaska be included on their agenda,” he said.

State officials made similar requests to John Kerry, the previous secretary of state. But his department sent the issue back to Alaska, since it already was consulting with British Columbia.

Since then, tribal, environmental and fisheries groups have demanded stronger action to protect watersheds where Alaska salmon spawn and grow.

Chris Zimmer works for Rivers Without Borders, an environmental group that has warned of the dangers of transboundary mining for more than a decade.

“This is what’s been needed all along, is this concerted approach from our members of Congress and the state to the U.S. federal government,” Zimmer said. “And then hopefully what that will result in is a concerted approach to B.C. and Canada both, to deal with some current issues we have with transboundary mining.”

Two mines and more than a half-dozen exploration projects are active not far from the Alaska border.

Another long-closed mine is leaking acidic water.

The U.S. State Department’s Bureau of Western Hemisphere Affairs said the agency is aware of the concerns expressed in the letter.

“This is an issue we have raised with our Canadian counterparts at a number of levels with both provincial and federal governments, and we will continue to engage with them on it,” a spokesperson wrote in an email.

British Columbia officials said they’ve improved permitting and regulation of mines and mining projects with Alaska and other downstream interests in mind.

Mine owners and developers have said their projects don’t pose serious threats to Alaska.

The letter asks for specific steps beyond what’s already been done to be taken to protect Alaska waters. 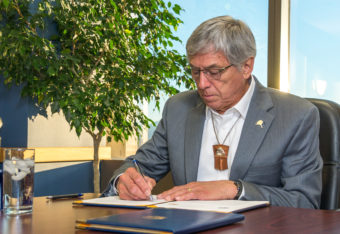 Lt. Gov. Byron Mallott signs a statement of cooperation with British Columbia in 2016. (Photo courtesy Office of the Governor)

Mallott said one important effort would standardize monitoring downstream from the mines and projects.

“Right now, water quality and other environmental data is gathered as the result of specific permits for specific projects,” Mallott said. “And we believe that that kind of monitoring should be undertaken on a consistent, over-time basis by our governments.”

The state signed a memorandum of understanding with British Columbia about a year ago.

Mallott said his administration continues working with provincial officials. He and other officials met with their British Columbia counterparts this month.

But he said the State Department needs to become a strong partner in those efforts.

The group Salmon Beyond Borders has recently criticized the state for acting too slowly. But spokeswoman Heather Hardcastle said the letter is a step in the right direction.

“They need to know that they’re not stepping on the toes of the state or the delegation, but instead (are) carrying out, really, united asks,” Hardcastle said.

It said the state department should: