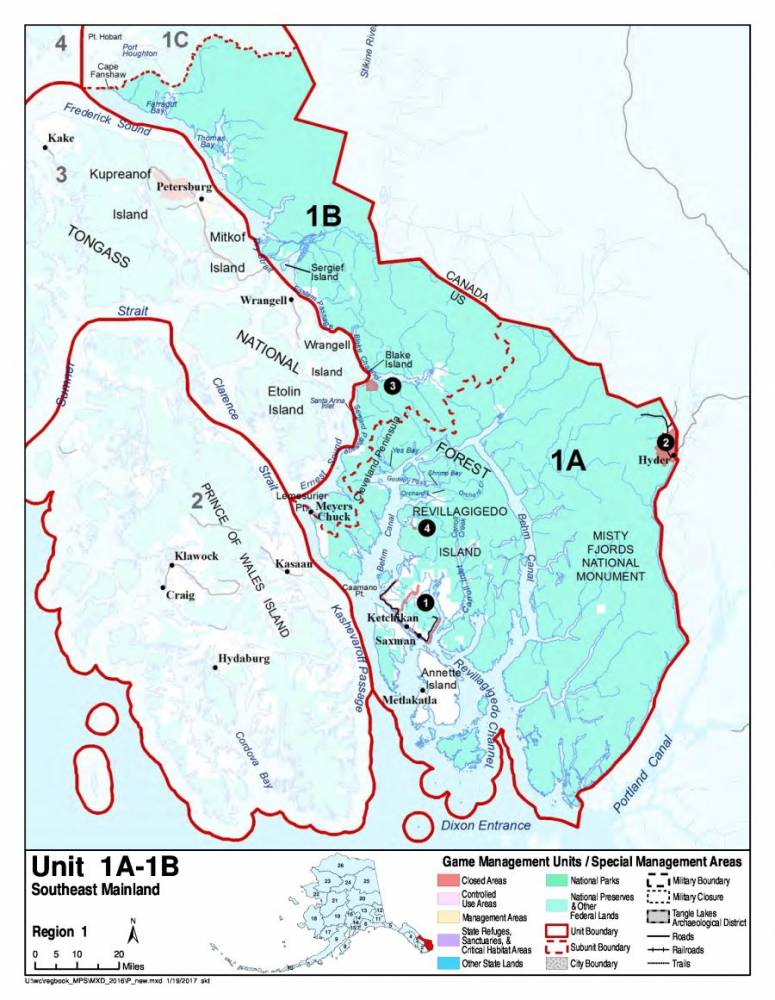 According to a news release from the local Alaska Department of Fish and Game office, deer-hunting season for Unit 1-A ended on Thursday. Hunt reports can be completed online at www.adfg.alaska.gov. Or they can be mailed to 2030 Sea Level Drive, Suite 211.

Reports also can be dropped off in person.

As of Friday morning, the Unit 1-A trapping season opened for marten, river otter, wolverine, mink and weasel. Wolf and beaver-trapping seasons opened in November.

According to Fish and Game, the trapping season ends for most species on Feb. 15th. Beaver and wolf trapping continues through April 30th.

If you have any questions, you can call the local Wildlife Conservation office at 225-2475.