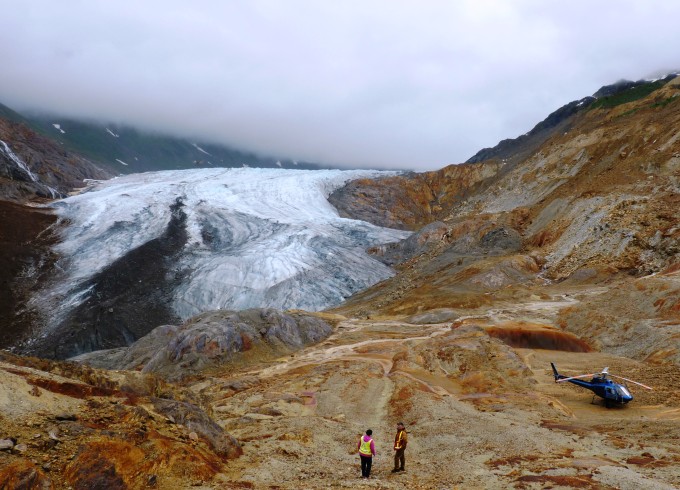 Seabridge Gold staff stand in a rust-colored valley that’s part of its Kerr-Sulphurets-Mitchell exploration project in 2014. A federal agency in Canada has rejected a permit appeal from an Alaska conservation group.  (Photo by Ed Schoenfeld/CoastAlaska)

An Alaska environmental group has lost its appeal of a large Canadian mining project planned for just across the border.

About a year ago, the Southeast Alaska Conservation Council tried a new tool to protest plans for the Kerr-Sulphurets-Mitchell transboundary mining project.

“We’re exploring every venue we can to try to protect the transboundary rivers and the communities and fisheries they support from the large-scale development of Canadian mines across the border,” he said. 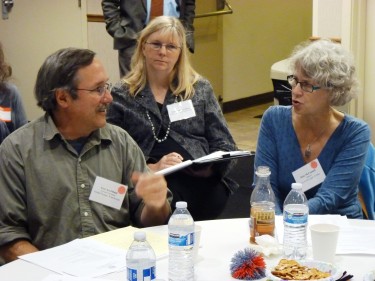 But last month, that agency rejected that appeal.

“There is no formal requirement for us to engage in Alaska,” said Rudi Fronk, chairman and CEO of Seabridge Gold.

The Toronto-headquartered corporation owns the KSM and another British Columbia mine-exploration project. Both are northeast of Ketchikan.

“The confirmation from the National Contact Point in Canada just clearly reinforces the process we went through during the environmental assessment process, that the engagement we had not only with the Canadian authorities, but also the Alaska authorities, was appropriate and bountiful,” he said.

But Archibald said the Canadian government failed to look into what happened at those meetings.

“They did not consider at all whether that communication between Seabridge Gold and SEACC was adversarial at all. Or particularly informative at all,” he said. “Just that Seabridge had attended some meetings, presented their PowerPoint and that was adequate.”

Seabridge Gold said it’s listened to concerns and made changes in its plans.

For example, it moved its tailings storage site at the request of British Columbia tribal leaders. And Fronk said it added protections to its design for that site, where waste rock is kept after being processed. 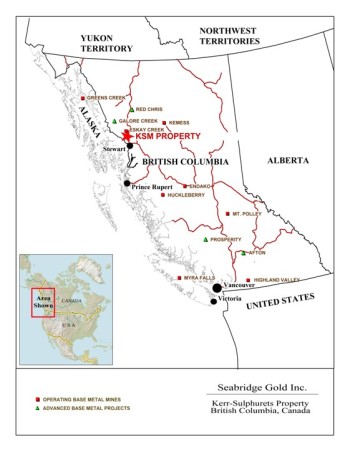 The company continues drilling at its KSM site to locate valuable concentrations of gold, copper and other metals.

But its biggest challenge is to find investors and partners to turn the exploration project into a mine.

Fronk said the corporation has turned down several offers because they were not the right match.

He said non-disclosure agreements prevent him from identifying those companies.

It, other organizations, the Walker-Mallott administration and Alaska’s Congressional delegation want stronger protections for Alaska fisheries.

(Take a tour of the KSM exploration projects during the summer drilling season.)