Mountain Point land sale back on the table 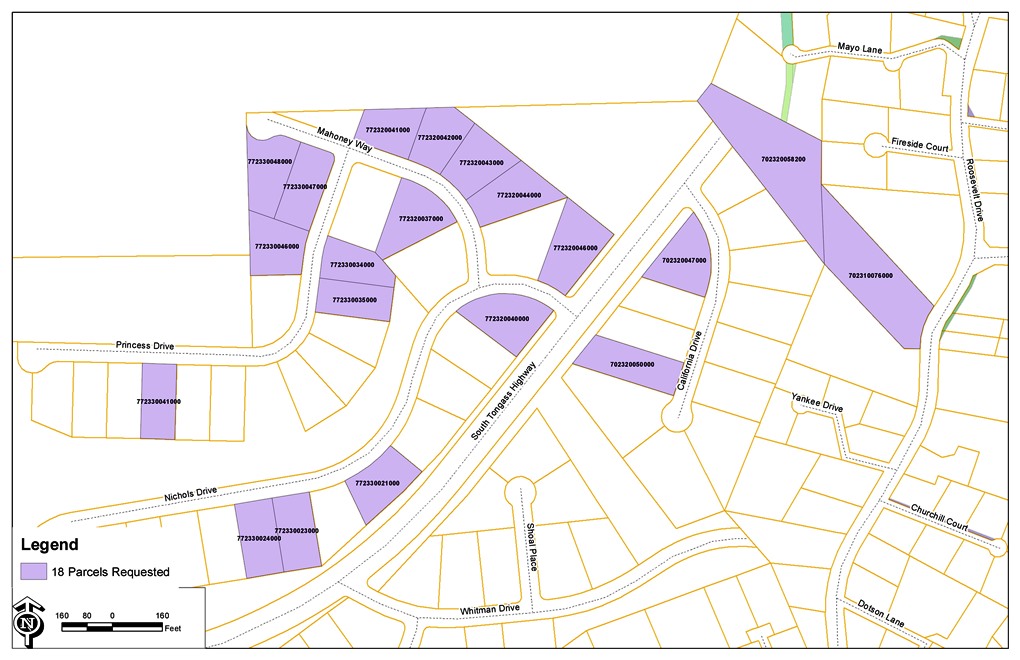 This map from the Ketchikan Gateway Borough Assembly meeting packet shows the 18 parcels that the borough wants to sell. (KGB image)

A land sale in the Mountain Point Subdivision has been resurrected.

The Ketchikan Gateway Borough Assembly voted on Dec. 4th to abandon a proposal from developer Harlan Heaton to buy 18 borough-owned lots. That proposal called for a total purchase price of $180, a break on property taxes and creation of a Special Assessment District to pay for utilities and roads.

When voting to abandon the land-sale process, assembly members also asked borough staff for a plan to sell borough-owned land in a way that’s fair to taxpayers, but also encourages development. A few days after that Dec. 4 vote, assembly members Stephen Bradford and AJ Pierce asked for reconsideration.

Since that earlier meeting, Heaton has worked with borough staff on a revised agreement. In the new agreement, he would have a five-year option to purchase the lots, which gives him time to negotiate purchase of other lots in the area owned by Alaska Mental Health Trust. Heaton also agreed to finance re-platting costs of up to $150,000, and to leave out the Special Assessment District issue.

Heaton also agreed to provide a separate right-of-way access point to the subdivision, to minimize the impact on neighboring lots.

If the assembly agrees to reconsider the vote on Monday, it would need to be amended to reflect the new agreement.

Also Monday, the assembly will consider new three-year contracts with three union groups. Each contract contains essentially the same changes. Through the agreements, members of the Alaska Public Employees Association, Inlandboatmen’s Union, and International Order of Masters, Mates and Pilots would receive one-time lump-sum payments of $1,000 to offset an increase in employee health-insurance costs. There will be no raises the first year, with small increase each of the next two years.

A separate motion applies those provisions to the borough’s non-represented employees.

Monday’s meeting starts at 5:30 p.m. in borough assembly chambers. Public comment will be heard at the start of the meeting.