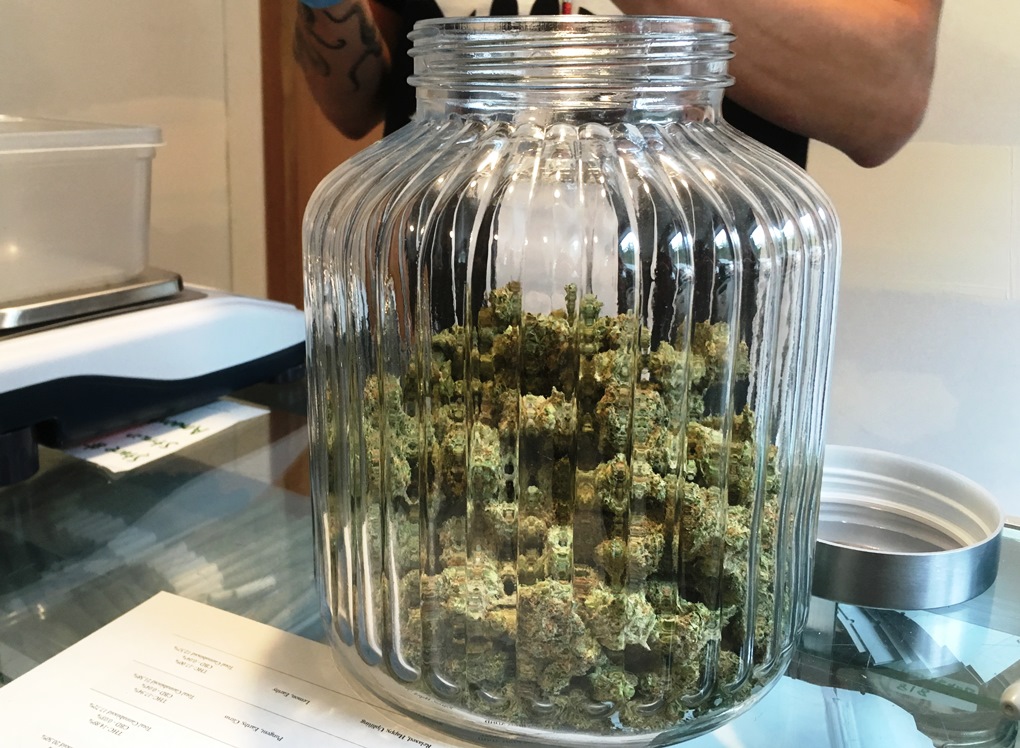 Cannabis was the main topic of conversation during Thursday’s Ketchikan City Council meeting.

The council adopted an ordinance that will limit marijuana cultivation businesses in the city to two. The ordinance also completely bans marijuana product manufacturing.

One person spoke on the topic during public comment. Eric Reimer is co-owner of the Stoney Moose, a marijuana retail store that opened in April. He said the ordinance will stifle a brand-new industry. Reimer said he would like to purchase locally made products for his store, and this ordinance will make that more difficult.

He suggested a sunset to the ban, so the council could revisit the issue at a later date.

Council members asked Reimer how the Thursday morning announcement about the Cole Memorandum will affect the local cannabis industry. U.S. Attorney General Jeff Sessions had just announced he was rescinding the Obama-era memo.

Marijuana remains illegal under federal law, but under the Cole Memorandum, states – including Alaska — were allowed to establish commercial marijuana industries without federal interference.

Reimer said his store will continue to operate, and he doesn’t expect the federal decision to have a significant impact.

“We’re not going to stop our business. We’re making no plans to stop or slow down what we’re doing,” he said. “All three U.S. representatives for Alaska have made statements condemning  Sessions’ reversal of the Cole Memo. We’re confident that our state legislators are going to go to bat for us and protect us from any kind of frivolous lawsuits from the U.S. government.”

Reimer said the decision could affect transportation of product, though, which underscores the need for local sources.

During council debate of the issue, Julie Isom proposed adding a sunset to the manufacturing ban, but that amendment failed in a 3-4 vote. Council members Judy Zenge and Mark Flora joined her in supporting that amendment. But others on the council were concerned about edible marijuana products getting into the hands of children.

Dave Kiffer argues that manufacturing businesses still can set up shop outside of city limits. But also:

After the amendment failed, the unaltered ordinance passed 6-1. Isom was the only no vote.

Also Thursday, the council unanimously agreed to a plan that will remove a rock pinnacle in the Tongass Narrows off Berth 2 by blasting. Port and Harbors Director Steve Corporon described the process.

“What they do, they drill a series of holes, charge those holes and then they’ll blast that layer,” he said. “I think the guess is about five of those rounds.”

The pinnacle is a navigation hazard, especially for larger ships.

At the end of Thursday’s meeting, City Manager Karl Amylon announced that Department of Transportation officials will be in town next Wednesday for a public meeting, focused on crosswalk safety.