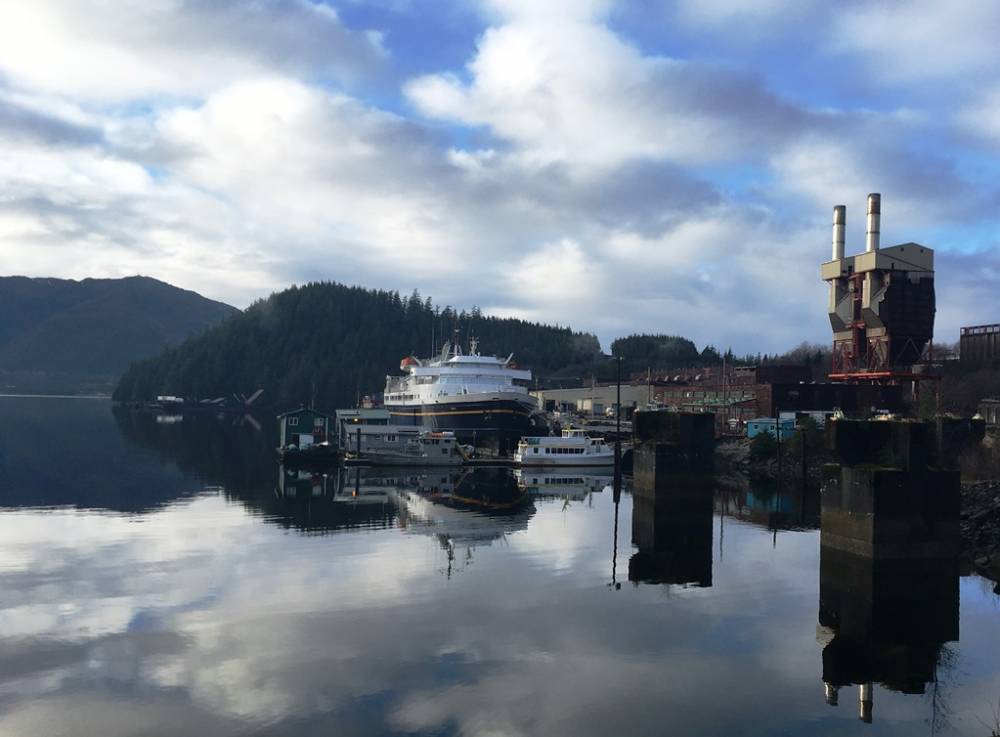 The Alaska Marine Highway System sold the 55-year-old ferry Taku Friday. It will leave Ketchikan in about a month. (KRBD photo by Leila Kheiry)

The Alaska Marine Highway System fleet was reduced by one ship as of Friday morning. Ferry officials signed over the Taku to its new owners during a brief ceremony at ferry system headquarters in Ketchikan.

It took almost a year for the state to sell the 55-year-old ferry Taku, but the signing ceremony took only 15 minutes.

Before signing off on the sale, ferry system General Manager Capt. John Falvey said the overall sale process has been challenging. And he has mixed feelings.

“We’re happy and sad all at the same time,” he said. “The Taku has been with us a long, long time. Unfortunately because of budgets and funding, we’ve had to surplus the ship.”

The minimum bid for the ferry was $1.5 million when it first went up for sale in March of 2017. There were no takers at that price.

Later, as the price dropped, a Portland, Oregon, company wanted to buy the Taku and turn it into a floating hotel. They eventually withdrew their offer, though, and Jabal al Lawz Trading is the Dubai-based company that finally bought the Taku for $171,000. 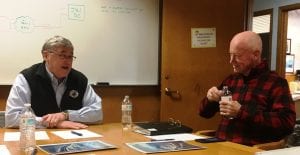 Ben Evans is co-owner of that company. He arrived in Ketchikan the day before signing the paperwork, and toured the Taku. He told the group gathered for the signing that the ship is probably the oldest that he’s ever bought. But:

“It’s probably in the top 10-percent, condition-wise. It’s in amazing condition, which is a great tribute to the team here,” he said. “You’ve been maintaining her throughout the years. It’s an absolute pleasure to take her over. It would be a great sadness for me if we do have to take her for demolition in India.”

Evans said there are some interested buyers in Indonesia, but despite its condition, the Taku’s age will make buyers think twice.

Before the official transfer of ownership was signed, Procurement Officer John Wynne said they needed one last transaction. 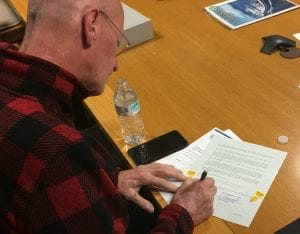 “Ben, do you have a $10 bill in your pocket?” he said as those gathered laughed. “The wire transfer came through and the bank took out $10 more than we thought they would so we need to do the transfer. The final payment of $10 today, for which Capt. Falvey will sign the receipt for.”

After that, there were several documents signed by Falvey and Evans, and then notarized.

And then Falvey handed over the keys — a whole box of keys.

“Is the ignition key in there?” Evans asked, joking.

Evans said his key crew members will arrive in Ketchikan over the next few days. They’ll start planning their voyage, and the rest of the crew will arrive within a couple of weeks.

Evans said they’ll leave Ketchikan on the Taku in about a month, with the first stop in Seattle. From there,

“We’ll swing down towards Honolulu, past the Philippines,” he said. “If we have buyers there, we’ll call in, top up fuel there, then Singapore, then India.”

Evans said that 11,500-mile trip should take about two months.

The Taku has been in storage at Ketchikan’s Ward Cove since since 2015 due to its age, maintenance costs and budget cuts. The Taku started service in Alaska in 1963.

Because the Taku carried tens of thousands of travelers over the decades, the Alaska Marine Highway System is inviting people to share memories of the ferry. You can send stories, photos and other thoughts by email to dot.ask@alaska.gov. 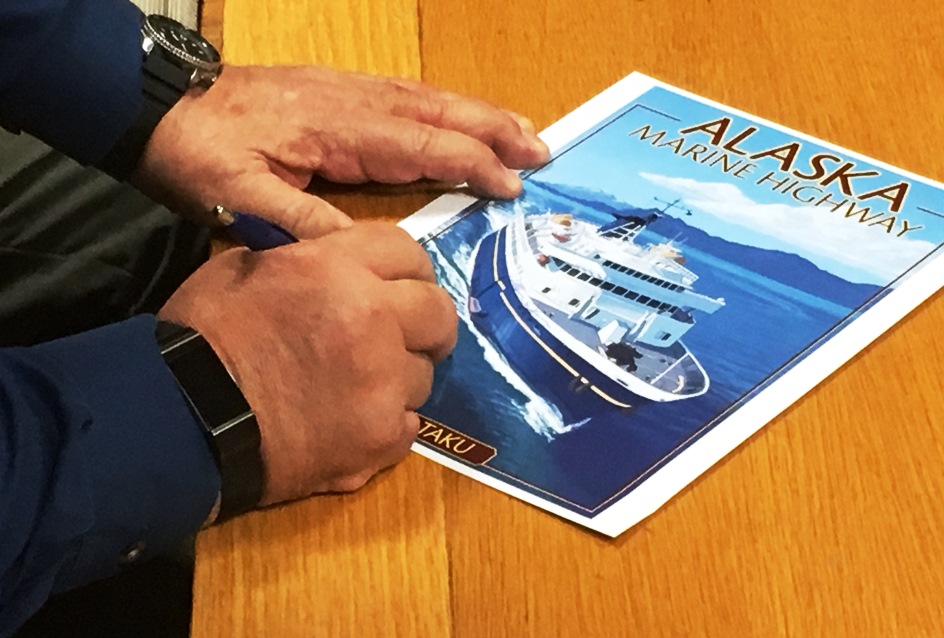