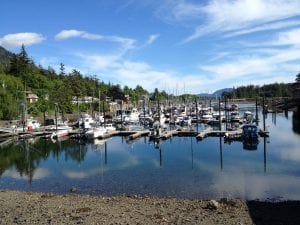 The City of Craig on Prince of Wales Island was among the Alaska coastal communities that evacuated residents to higher ground early Tuesday morning following a large earthquake near Kodiak.

The earthquake led to tsunami alerts for the entire coastal area. Craig, on the outer coast of POW, is more vulnerable to waves than Ketchikan and other inside-waters communities.

Craig City Clerk Kassi Mackie says the city’s Emergency Operations Center was activated at about 1 a.m., shortly after the earthquake occurred. Emergency managers monitored the information, and by about 1:30 let people know that shelters were open to anyone who might want to evacuate.

Mackie says by 2:15, officials strongly encouraged residents to come to shelters, established at the elementary school, aquatic center and gymnasium.

She says people did show up at those shelters, and stayed for about an hour. By 3:20 a.m., the warning was downgraded and everyone was able to go home.

The City of Craig provides alerts through its Facebook page and through texts. You can contact the city to find out how to sign up for text alerts.