Ketchikan borough aims to ‘wean off’ department use of CPV funds

Anticipating a move by state lawmakers to eventually reduce or eliminate community shares of the state cruise head tax, Ketchikan Gateway Borough officials are looking at ways to “wean” the borough off depending on those Commercial Passenger Vessel funds. 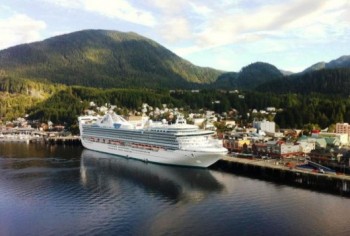 During a recent policy-setting work session, Ketchikan’s borough assembly got its first look at how staff cut back on department use of head taxes.

CPV funds for Ketchikan International Airport, for example, were cut 100 percent – about $170,000.

Borough Manager Ruben Duran cited a 2016 McDowell Group study that showed cruise passengers don’t use the airport that much.

“We’re looking at an overall reduction and removing the ones that, it’s more of a stretch, if you will,” he said. “The airport has very little direct relationship with those passengers. There’s indirect. All of these, you could make a case. And four, five years ago, case was made for many departments to receive much more money based upon what we believed was occurring.”

But, Duran said, the study gave a clearer picture. 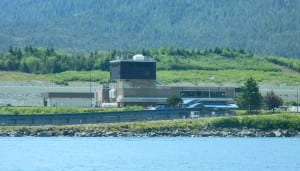 CPV funds are supposed to be used for projects or expenses that directly affect and/or benefit the cruise industry and its passengers. The cruise lines have sued the City and Borough of Juneau over its use of head tax funds, leading other communities to take a closer look at their own spending.

But, assembly members questioned cutting that much from the airport’s budget all at once. They asked Airport Manager Mike Carney how that would work.

He said the airport has become self-sustaining for the first time ever. Cutting CPV funds would mean finding revenue somewhere else.

“If you think that’s where it needs to come from and the taxpayer may pay the difference, that’s your decision,” he said. “As far as making it back up again? We’ll try. We can raise parking fees, raise the ferry fees.”

Carney said he believes the cruise industry uses the airport enough to justify the CPV funds, and he disagrees with cutting that amount from the airport budget.

The borough and the City of Ketchikan each receive about $2 million annually from the state’s head tax. The city has its own head tax, too, and uses that revenue for port improvements.

Duran told the assembly that the point is to move away from funding the borough’s ongoing operations with CPV money, and instead use those funds for one-time expenses.

“We clearly can put more back in to any of the departments. That’s why we’re at the policy meeting with this,” he said. “But I want to let you understand where I’m headed with this is: I’m concerned about our dependency on ongoing operations, whether it’s the airport or it’s the rec center. We just need to be cognizant that there is the potential for that funding to be either reduced or controlled by somebody else.”

Assembly members were OK with the “weaning off” plan in principle, but there seemed to be general agreement to do it more slowly.

The assembly also considered a request from the City of Saxman to designate a portion of the borough’s annual CPV funds for projects in that community.

Max Mercer works with Saxman on grants, and said the CPV funds are seed money for the city to bring in even more investments from outside. He added that Saxman clearly serves the cruise industry, and any projects it uses CPV funds to complete would be cruise-related.

“50,000 tourists a year come through our community center and use the resources there. Our public safety calls go through the roof when all those tourists come out there,” he said. “We’re talking about an average of 800 tourists a day. That’s double the population of Saxman.”

Mercer said knowing that there is money designated for Saxman would make applying for grants faster and easier. He said it took months to go through the borough’s CPV funding process for Saxman’s carving shed project.

While assembly members were generally reluctant to earmark funds for a single entity, there seemed to be general agreement to streamline the process, so that Saxman doesn’t have as many hurdles to jump over in order to get funding approved.

The all-day policy meeting in January is an annual work session for assembly members to discuss and consider issues related to the upcoming fiscal year’s budget. Decisions usually are held for later meetings.

The assembly has a budget work session coming up on March 19, according to the borough clerk’s office.