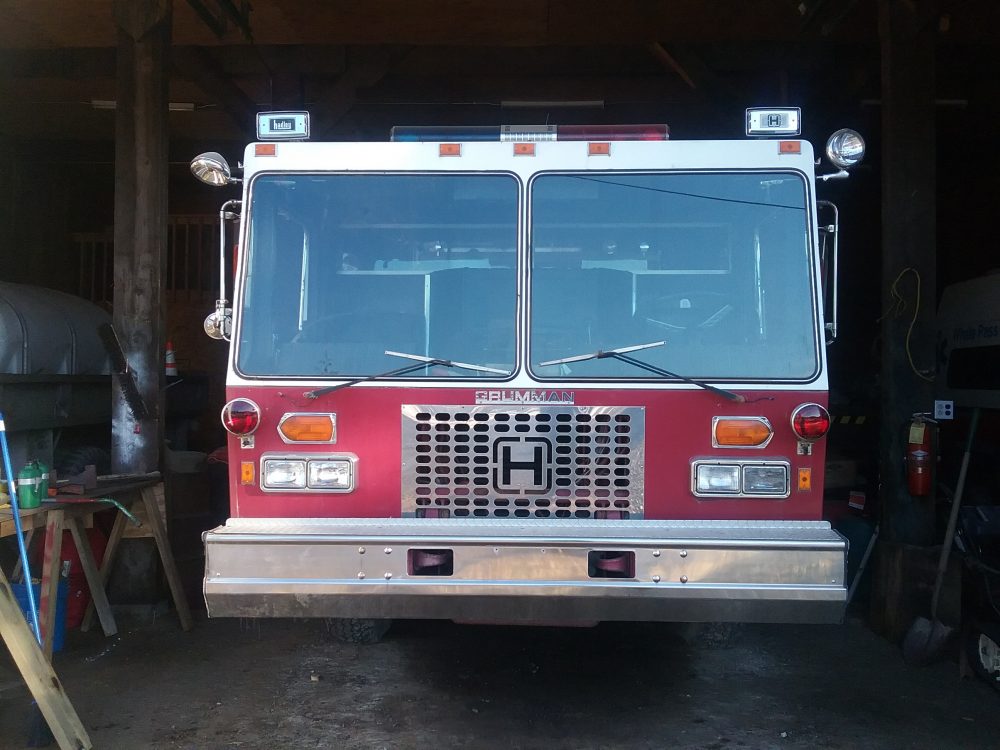 The small community of Whale Pass on northeastern Prince of Wales Island is looking for a new home for a surplus fire engine.

“I think we’ve just discovered that being a very small community and a very small volunteer fire department, that the length of the truck, the size of the truck, the training required to operate it, and the cost of maintenance was all just more than the community really needed,” said Josiah Huestis, Whale Pass Volunteer Fire Department chief. “We felt if we could donate it to a community that could utilize it, then that would be a good way to go, since it was given to us.” 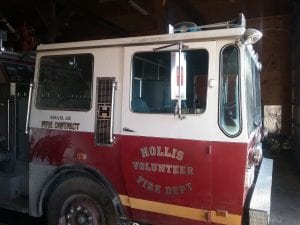 The fire engine was donated to Whale Pass by the Hollis Fire Department several years ago. Huestis said it is available for free to any city or organization on POW, or elsewhere, if someone is willing to pay shipping. He said the 26-foot truck was built in the 1970s and was little used.

“It’s diesel. It’s been stored under cover, in the dry, for as long as we’ve had it, and I’m sure for as long as Hollis Fire Department had it,” he said. “So it’s in really good shape and it has a lot of neat features to it. It’s got a water cannon. I’m not sure if that’s something that most people in remote Alaska would use, but it’s a neat little feature.”

Huestis said the Whale Pass Volunteer Fire Department has two smaller fire trucks that serve the community. He said there are very few fires, but fires do happen. Huestis said Whale Pass has a population of about 90, with houses spread out over four miles.

“The likelihood that just your neighbor is going to show up and chip in and help you out is every bit as likely, if not more likely, than the fire truck getting there in time to be able to do anything,” he said. “If you’re on one side of the bay, and there’s a fire on the other side, it can be 15 minutes before you can get over there. It’s kind of nice that you have a community where everybody cares about each other and if anybody has any problems or any troubles, then anybody is willing to lend a hand and chip in.”

The department announced the availability of the fire engine in early February, and Huestis said several communities have expressed interest. He said road conditions have prevented potential takers from traveling to Whale Pass. Huestis said once roads clear up, the community of Naukati has first dibs.