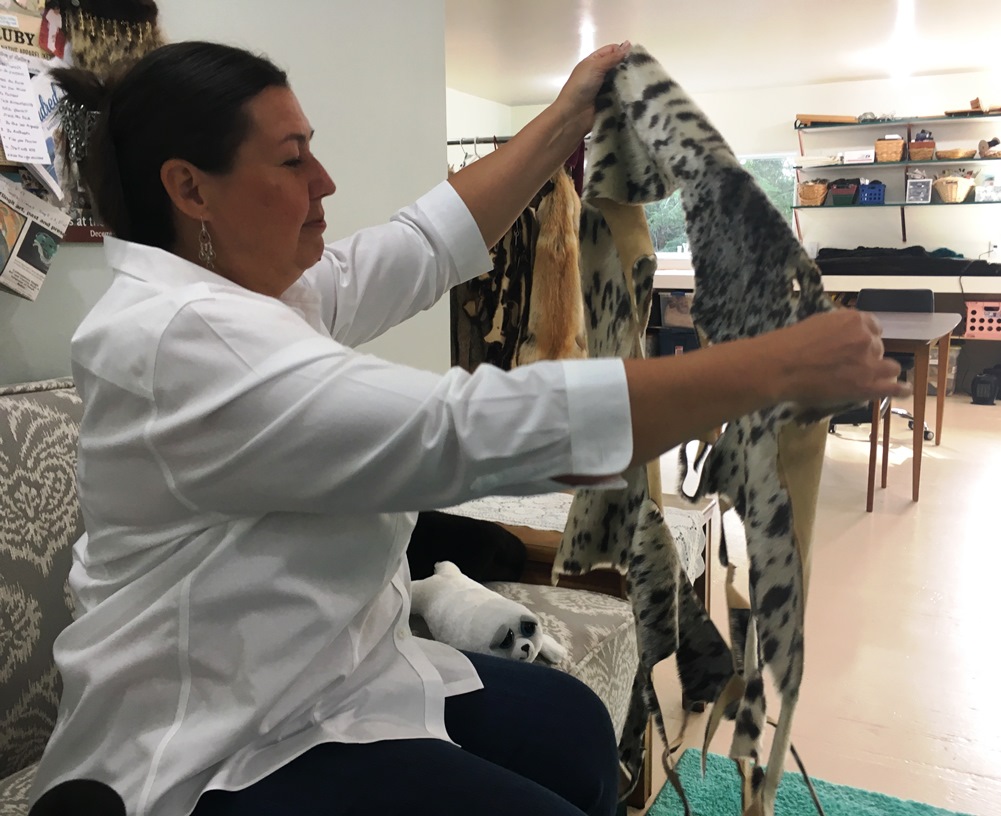 A Ketchikan-based fur artist has had some of her pieces removed from her page on the national handcraft-selling website Etsy.

The website recently started enforcing a policy that prohibits items made from ivory and endangered or threatened animals. Alaska Natives are allowed under federal law to use those items in their artwork, and sell them.

Christy Ruby creates clothing and accessories, using pelts from sea otters and seals that she hunts herself, along with other furs. She’s sold items through her Etsy shop since 2011.

Ruby said her sales through Etsy fluctuate, but sales are not main benefit of having items on that site.

“It’s the networking you get with people who find you and what you sell,” she said. “There are specific crafters on this site that look for crafts that are homemade… And that’s the only problem with them not selling our product is now we don’t have a link to the outside world.”

Ruby said Etsy provides a national market for her products, and for other Alaska Native artists who live in remote areas.

Ruby’s page on Etsy still has some of her sea otter items, but all the seal-fur pieces were removed. According to a KTOO report, Juneau artist Marcus Gho had his otter items removed from his Etsy page, but then reinstated after site administrators learned his otter fur is from Southeast Alaska animals, rather than northern otters.

Southeast otters are not considered threatened, according to the KTOO report. Ruby uses Southeast otters in her artwork, as well. Ruby’s seal pieces are from harbor seals, which are not listed as endangered or threatened. However, as of Tuesday afternoon, her seal fur pieces had not been reinstated.

Etsy declined a request for an interview, instead sending an email statement. Part of that statement reads, “Etsy strives to be an ivory- and endangered species-free marketplace, and removing this exemption helps us create a single, global policy prohibiting such products.”

The exemption was for Alaska Native artists.

Ruby said she doesn’t blame Etsy for making a business policy decision, and doesn’t feel that Alaska Natives have been targeted, “because if you look at the policy list, there’s a lot of species on there, including fur-bearing animals, bones of rhinos, elephant ivory.”

Ruby said this policy adjustment might be the result of heavy-handed federal intervention. If there was an otter-fur item for sale by a non-Native, for example, “it would come down on Etsy and Etsy would be shut down. And maybe Etsy does not want to deal with that.”

Ruby said if her seal items are never reinstated, or if she has to leave Etsy, she’ll be fine. She has a website, and plans to upgrade it for direct sales. Ruby said other Alaska artists, though, will be hurt.

“It’s very crucial for some of the people that are living up in Barrow who want to sell on Etsy to sell their crafts to have this outlet,” she said. “It’s very detrimental to them if they can’t.”

Because in rural Alaska, the customer base is pretty small.

Sealaska Heritage Institute President Rosita Worl sent out a statement last week. She writes that marine mammals in Southeast are not endangered, and SHI does not agree with Etsy’s removal of the exemption for Alaska Natives artists. Sen. Dan Sullivan also weighed in on the issue, calling for Etsy to reconsider its policy.