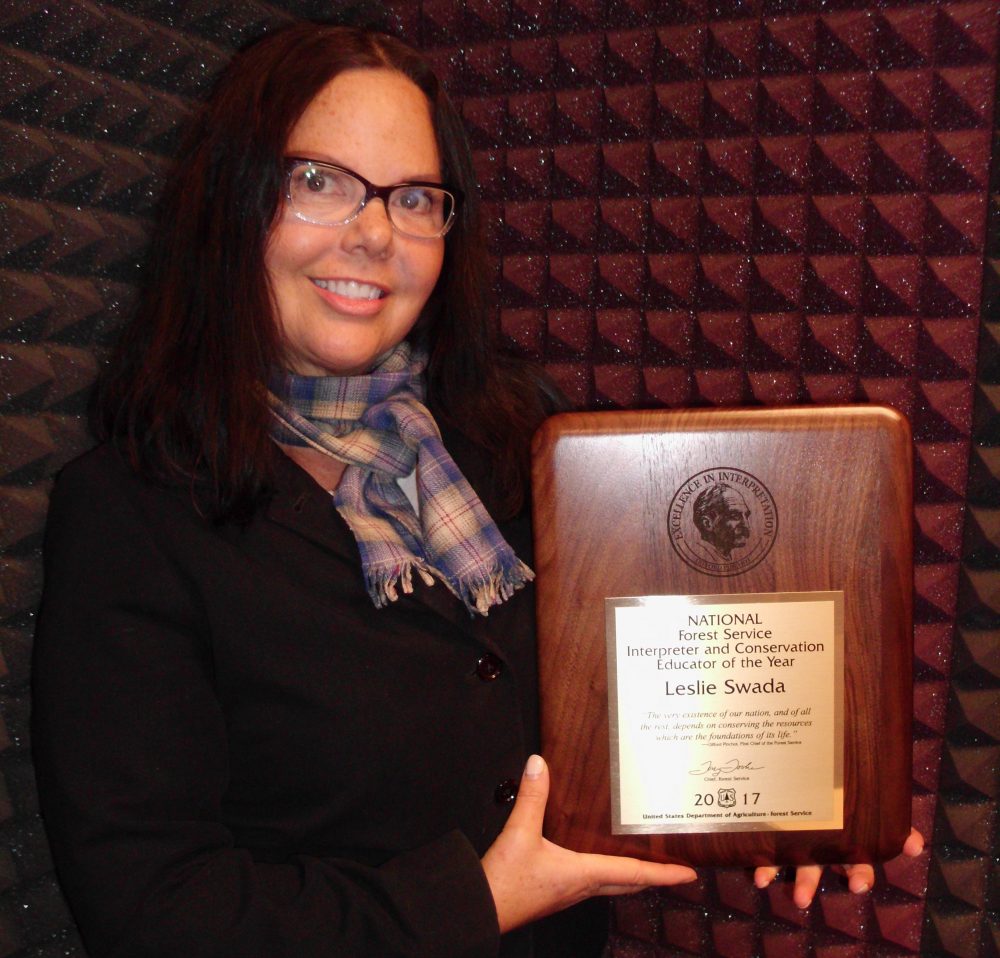 Southeast Alaska Discovery Center Director Leslie Swada is the 2017 Gifford Pinchot award recipient. Pinchot was the first chief of the Forest Service from 1905 to 1910.

Before she was named the national recipient, Swada first won the Alaska regional award.  Annette Heckert is the Alaska regional program manager for interpretation and conservation education.  She says Swada was nominated by her supervisor, Paul Robbins, in part, because of her leadership during difficult budget times, and ability to grow programs through partnerships.

“Leslie has worked with the Ketchikan arts community to develop new partnerships with local artist to provide areas to exhibit art that relates back to the national forest in the Discovery Center that really highlights some of Southeast Alaska’s relationships between forest and people.”

After winning the regional award, Swada was eligible for the national honor.

Toby Bloom is the national program manager for tourism and interpretation for the Forest Service. Bloom says the Gifford Pinchot award is given to Forest Service  employees who go above and beyond their regular duties.

“…in terms of doing outreach to our public, and making sure people understand our messaging, and why protecting the resources that we protect and all of the other things that we do are so important here in the Forest Service.” 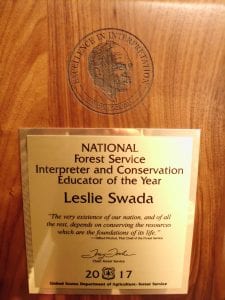 Bloom says the Southeast Alaska Discovery Center sees more than 100,000 visitors each year.  While Swada interacts with many visitors, Bloom says it’s her passion in her work that made her stand out.

“Any of the regional winners could have gotten the award, and it’s a hard-fought battle, but you can really see in the application Leslie’s love for the work, how intimately she interacts with the community. She does great work working with the indigenous tribes up there. She is really dedicated to the center and has done a lot of interpretive planning for the center. So it really is just the passion that comes through in her in her work and through the application that we received.”

“That made it extremely special. Because both of my parents are 80 or right around 80, and I like to take every opportunity that I can to share moments like this with them.”

It was at that event that Swada learned she won the national award.  She says she was surprised and overcome with emotion.

“Thankfully I had written a thank you speech at dinner, right before the ceremony, so I had something in hand. So I was thankful for that. It went really well though. My parents were surprised, just like I was, and very proud.”

Swada says the Gifford Pinchot Award is the highest honor she can achieve in her position working for the Forest Service.  Swada says she’s thankful that work at the Discovery Center is recognized, but feels the award is not just for her.

“I also believe that this award is really for the community of Ketchikan and the greater Alaska. It’s because of the people here that I have been able to be successful. It’s through their partnerships and their support that I was able to earn this award.”

Swada says she wasn’t the only one recognized that evening. Regional and national awards also were presented to employees from the Army Corps of Engineers, the National Oceanic and Atmospheric Administration, the Bureau of Land Management, the U.S. Fish and Wildlife Service and the National Park Service.