A sign welcomes people to Craig on Prince of Wales Island. (Photo by Elizabeth Jenkins/KTOO)

Prince of Wales Island residents testified about limited internet, cell and landline service on the island during a public conference last week with the Regulatory Commission of Alaska.

Underscoring the problem, many of those testifying by phone from the big island were difficult to understand because of poor connections. Most were quite clear, though, that they want something to change.

The Juneau hearing was chaired by James L. Walker, administrative law judge for the RCA. Commissioners listened in, either in person or by phone from Anchorage as person after person talked about how better connections would help Prince of Wales.

A big concern is the ability to respond to emergencies.

Tyler Poelstra in Edna Bay said there’s no central power in towns like his, so options such as satellite internet, don’t work. Poelstra said only three households in Edna Bay have a landline, and his is one of the few homes that’s elevated enough to also receive a cell signal.

During a recent tsunami alert, Poelstra said he was pretty much the only person who received an alert message.

“Once we got the notification, I was able to call, find out we needed to take this seriously, and it unfortunately put me in the position of having to drive to all the homes of people who don’t have working phone service and reach them in the middle of the night when their power is off,” he said. “That put my life in danger, and I had to make a judgment call on which homes I could reach and which ones I couldn’t. That’s not a position anyone should have to be in.”

Karen Peterson from Thorne Bay has a booster at her home to improve cell service there. It still cuts out, she said, but it’s better than nothing. Once she leaves her house, though, she can’t rely on her cell phone.

“And just from a pure emergency response standpoint, better and improved service that is covering all of Prince of Wales Island is a big necessity here in Southern Southeast Alaska,” she said. 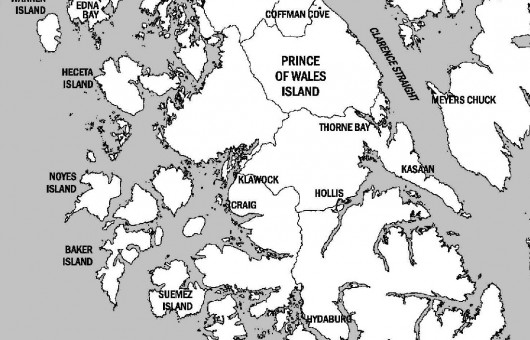 Thorne Bay Administrator Wayne Benner concurred, adding that cell service is imperative for economic development, as well. He said cell providers in different towns don’t “talk” to each other, so even if a community has service, it won’t always work for someone from another town.

Other speakers talked about large coverage gaps when driving the road system.

Misty Fitzpatrick traveled from Coffman Cove to testify in person in Juneau. She said island residents have found special spots where cell service is available. There’s a tree near the beach in Whale Pass, for example.

“And they call it the cell phone tree. There’s a little sign on it. A homemade sign made out of wood. It says, ‘The Cell Phone Tree,’” she said. “In the right weather conditions, you can stand under the tree and get enough of a signal to make a call.”

In Naukati Bay, Fitzpatrick said there’s a pullout on the road outside of town they call the Phone Booth. In other places, she said, cell phones can get a couple of bars with a booster, or if you are at a high enough elevation.

Fitzpatrick said that prompts a question: “If the signal is so close, why can’t a telecommunications company take it and boost it into something more usable?”

Michael Garrett is CEO of Alaska Power and Telephone, a landline and broadband provider for some communities on Prince of Wales. He said they’ve been working on improvements, including fiber connections to improve internet speed.

Garrett said AP&T is not a wireless provider.

“But we can provide infrastructure that could help support the provision of the services on the island,” he said.

AP&T has a microwave connection to Ketchikan, Garrett said, which could be used to improve or expand cell service.

“So, we have the facilities to do that and we’ve talked with the carriers,” he said. “But, you know you can lead a horse to water but you can’t make them drink.”

The Regulatory Commission of Alaska regulates public utilities in the state. The RCA does not currently regulate cell or internet service, although the Legislature last year asked the commission to gather information about those services in Alaska.

Thanks to KTOO’s Jacob Resneck in Juneau for recording the conference.