Ferry reform effort gets a boost 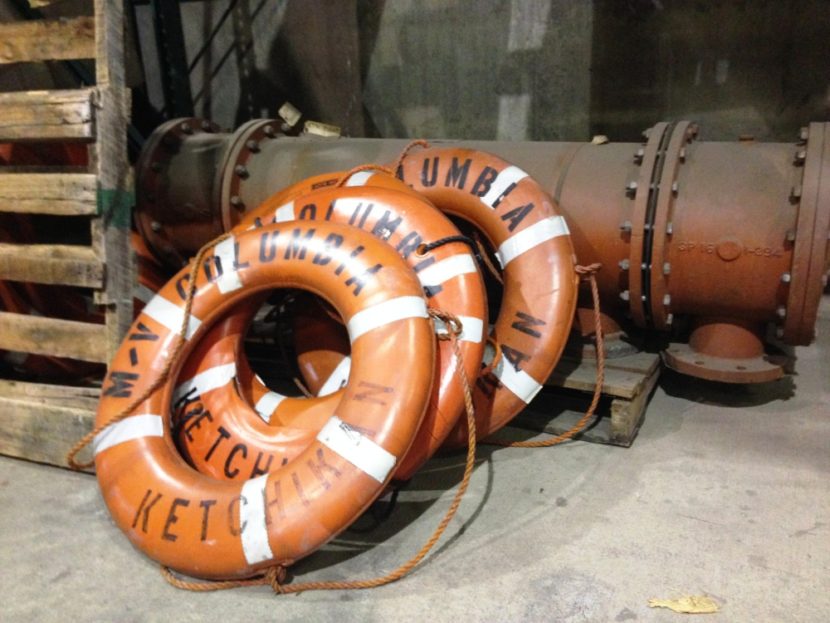 Extra ferry life rings lean against other spare parts at an Alaska Marine Highway System warehouse in Ketchikan in 2014. A reform plan aimed at preserving the ferry system is being turned into legislation. (Photo by Ed Schoenfeld/CoastAlaska News)

The House Transportation Committee voted to instruct staff to draft legislation that would establish a public corporation to take over the system. But it’s a long way from a done deal.

The ferries are run by the state Department of Transportation. The plan would shift control to an independent board that could make its own decisions about labor contracts, fares and other parts of the operation. It would also forward-fund the system, allowing for better schedule planning.

During the committee meeting, Anchorage Republican Representative Chuck Kopp said a seven-member board of experts would provide better oversight than 60 ever-changing members of the Legislature.

“Imagine if we were trying run the Anchorage International Airport as a legislature. It would be a disaster. But it’s the No. 4 air cargo airport in the world and entirely successful,” he said.

Several other members of the House Transportation Committee also expressed support at the hearing.

“There’s still a lot of questions to be answered and this is something that’s going to take massaging of a couple years to work through. And I can understand how that can work, let alone trying to figure out how we’re going to come up with a couple hundred million dollars for a fund,” he said.

The committee voted 5-2 in favor of writing a reform bill. It will be discussed and modified at future meetings. Two other ferry reform bills, addressing funding and ports, have already been introduced, but haven’t had a hearing.

Action will likely wait until the next legislative session.

The plan came out of a task force set up by the state and the Southeast Conference. That’s the regional development organization that pushed for the ferry system’s creation more than 50 years ago.

The reform effort is in response to large cuts in state funding, which have shrunk the number of ships and sailings.

While the impetus has come from Southeast, the initiative includes leaders from Southcentral and Southwest communities where ferries also sail.