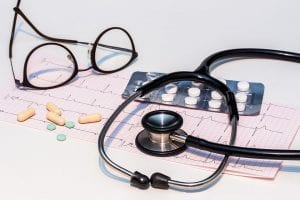 The Ketchikan City Council on Thursday will again consider an ordinance to establish healthcare billing transparency rules for providers in the community.

The council delayed action on that item during its last meeting after a Chamber of Commerce representative asked for a little more time. Since then, the city has sent a letter to healthcare businesses soliciting input with a March 23rd deadline.

According to a memo from City Manager Karl Amylon, the city and chamber also will host a public-input meeting at 6 p.m. March 21st at the Ted Ferry Civic Center.

Amylon writes that all the comments will be compiled for the council to consider at its April 5th meeting. He says the council could approve the ordinance in first reading on Thursday, and then decide during the April meeting whether to amend the ordinance.

Depending on how extensive the changes, if any, are, the ordinance might have to come back a third time before it can be adopted.

As proposed, the ordinance would, among other things, require all health care providers to give an estimate of “reasonably anticipated charges,” or a range of charges, within 10 days, if requested by a patient.

Also Thursday, the council will vote on its preferred option for expanding the downtown cruise dock. Staff has recommended option 1, which would allow for a mega cruise ship at Berth 1, and a normal-size ship at Berth 2.

The council also will vote on designating April 21st through the 28th as Spring Clean-Up Week.