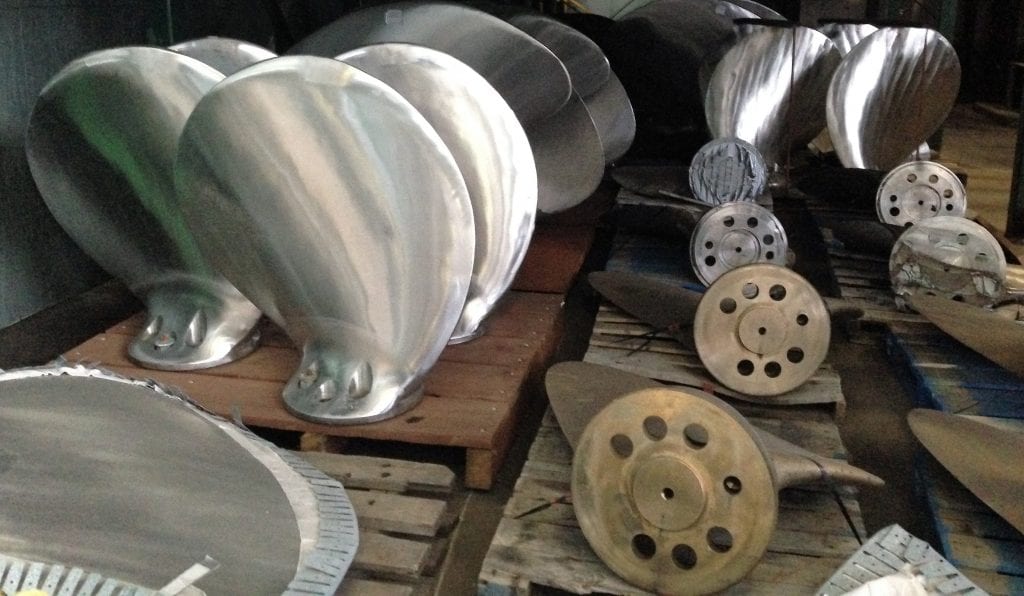 Ferry props wait for use at the Alaska Marine Highway Warehouse in Ketchikan on Feb. 19, 2014. The ferries will continue sailing this spring and early summer thanks to a bill Gov. Bill Walker signed Tuesday. (Photo by Ed Schoenfeld/CoastAlaska News)

The Alaska Marine Highway System will not have to shut down in April.

The current fiscal year’s spending plan left an 11-week hole in the system’s budget. April 16 was set as the shutdown date.

Sitka Republican Sen. Bert Stedman represents many of the Southeast communities most dependent on the ferry system.

“I think that’s great,” he said. “We can get the marine highway through the first of July and then have a fairly flat schedule going forward, with a few little improvements for the next year and continue to try to move the marine highway forward instead of backwards.”

The supplemental bill provides about $25 million for the ferry system.

The shortfall was caused by an earlier spending bill meant to fund Medicaid if it ran out of money. It called for that money to come from the ferry system. Those terms were not widely known.

Stedman sounded the alarm about the shortfall in September. He called it “skullduggery and downright sleazy.”

“It’s not how we should do budgets or how we should deal with the public purse,” he said. “So I think the negative press from those type of actions goes a long way to keep them from recurring.”

Ferry funding for the budget year beginning in July still needs to be approved by the full Legislature. So far, it’s passed the House but not the Senate.