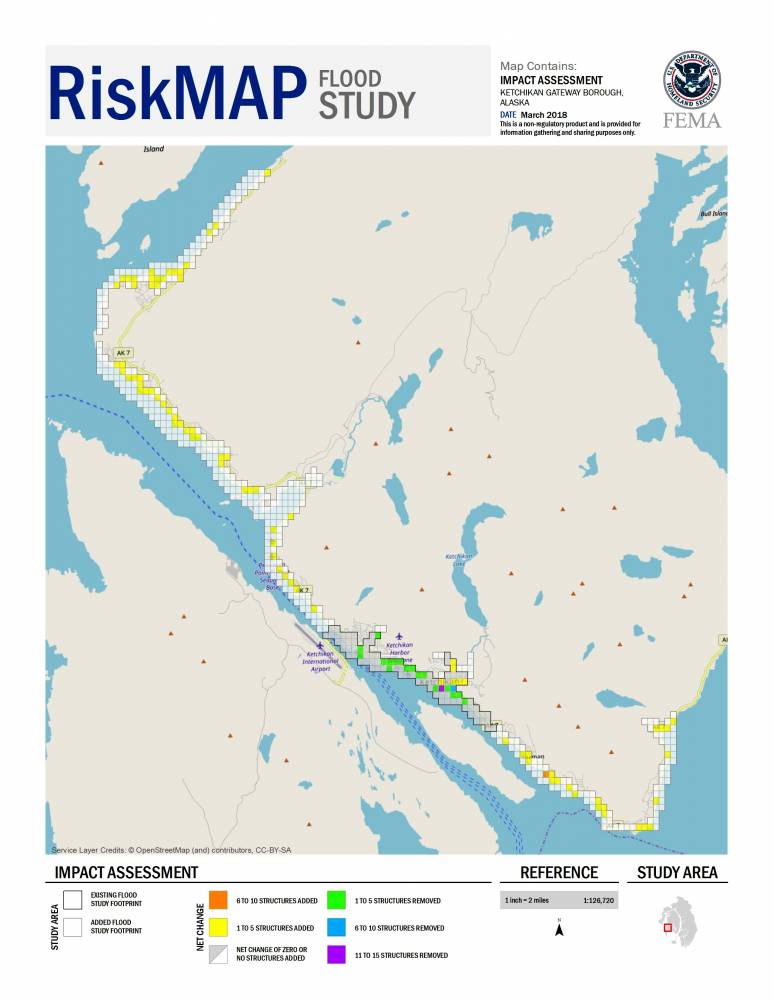 A formal appeal to FEMA’s proposed new flood zone maps is on the Ketchikan Gateway Borough Agenda for Monday.

The Federal Emergency Management Agency introduced the new maps for Ketchikan earlier this year, and quite a few additional properties would be considered at risk of flooding. If a structure has a federally-backed mortgage and is in a FEMA-identified flood zone, the property must carry flood insurance.

The appeal would ask FEMA Region 10 to extend the new maps’ appeal period a full year to allow further investigation. It also asks FEMA to send crews to Ketchikan to validate the information.

Currently, the appeal period ends on May 2nd. Implementation of the new maps is due to start early in 2019.

Also on Monday, the assembly will hear a report from Ketchikan Public Library Director Pat Tully on implementation of the city-owned library’s strategic plan; and will consider increasing the borough manager’s discretionary spending authority from $25,000 to $50,000.

Two executive sessions are planned at the end of the meeting to evaluate the borough manager and borough clerk.