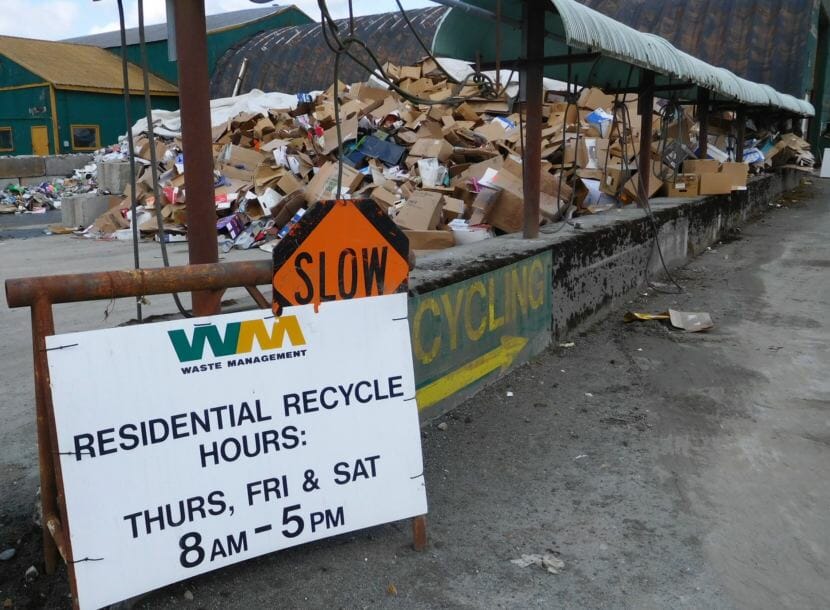 Cardboard and plastics pile up at the Juneau Recycling Center on April 28. Some recyclables are no longer accepted by China, one of the world’s largest buyers. (Photo by Ed Schoenfeld/CoastAlaska News)

Almost a year ago, recycling businesses in China announced plans to stop buying mixed paper and some types of plastic containers. That worried Alaska and West Coast businesses that collect, sort and ship those materials overseas.

At least one major wholesaler said it would remove the paper and plastics from its recycling stream and dump it in its landfill. But so far, that’s not happening much.

“In the broader region and across the country and in fact, around the world, there are a lot of changes that are being driven by what China is doing,” she said.

Waste Management operates about 150 recycling centers around the nation, including Juneau’s. It’s the biggest garbage company in the U.S.

Republic Services is another large recycler and trash collector. It takes reusable materials from Ketchikan, Sitka and Petersburg, along with more than 60 other U.S. cities.

Washington state General Manager Don Tibbets said his company continues to collect and sort the same things it did before Jan. 1. But not all newspapers, magazines, junk mail and other mixed paper is being shipped.

“We’re having to stockpile and store this material until we can find markets that are able to accept all of it,” he said.

Tibbets said Republic found new markets in India, Malaysia and Vietnam. But those nations don’t have as much capacity as China.

“Unfortunately, paper degrades rather fast and rather quickly in the natural environment. So after some time of being stored, it degrades to the point where it’s just no longer marketable,” he said.

Tibbets said about three-quarters of Republic’s mixed paper is being recycled and the rest is being thrown away. 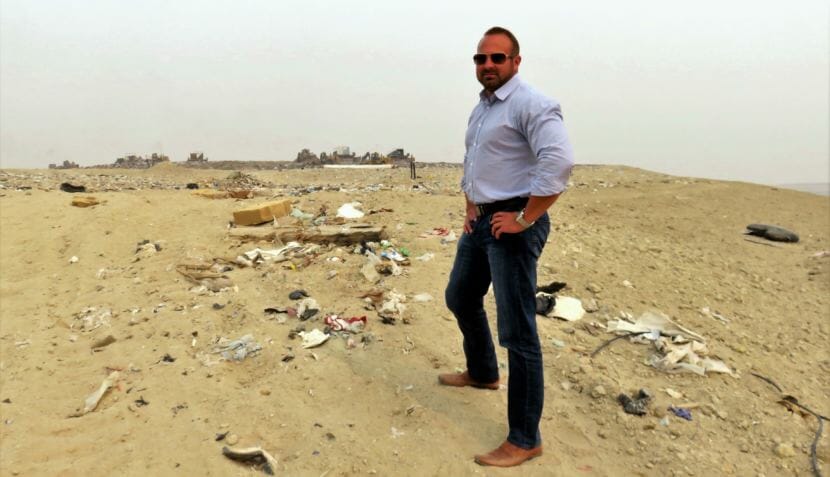 Republic Services’ Don Tibbets looks over piles of garbage at the Roosevelt Regional Landfill in Washington state on Sept. 7, 2017. Tibbets served as general manager of the landfill, which takes in about 22,000 tons of Southeast Alaska garbage each year. (Photo by Tom Banse/Northwest News Network)

Tibbets said plastics are less of a problem.

“They’re actually a small portion of the recycle stream. So that amount of material, we’re still able to move overseas,” he said.

China still accepts most plastic bottles and containers marked Nos. 1 and 2, but not Nos. 3-7. But few local recycling centers accept that material.

Learn about other garbage issues and solutions in Southeast Alaska through CoastAlaska’s Talking Trash series.

The new restrictions have sent worldwide recycling wholesalers searching for new markets. In some cases, that’s driven prices down.

It’s of concern, especially in the 49th state.

He’s also been active in the Southeast Alaska Regional Solid Waste Authority, a regional organization of cities that barge recycling and garbage south.

“If the cost to recycle exceeds the cost to ship as solid waste, then it doesn’t really pencil out financially and we may have to look at doing something differently,” he said. 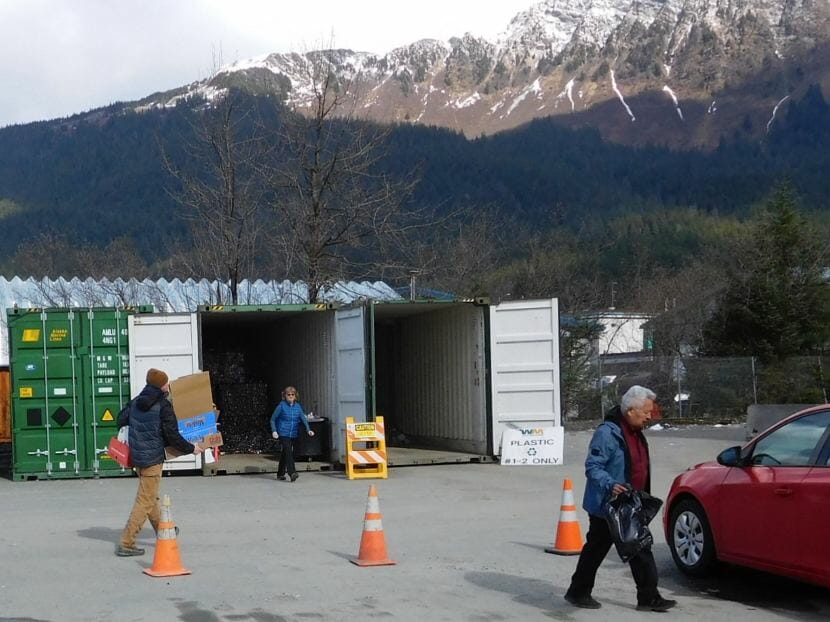 While the worldwide market has changed, many collection sites have not.

“We don’t advise that because the consumer curve or learning curve can be very steep. So, we don’t want to change any practices. We don’t know if this is going to be a long-term or a short-term market correction,” he said.

Recycling companies and buyers do want to see one change. That’s less food, liquids and non-recyclables mixed into the stream.

Waste Management calls it “WishCycling.” That’s when customers put what they think should be recycled in bins and at collection sites.

The company said the problem means an estimated one-quarter of what its customers recycle has to be thrown out.