Teacher contract negotiations: What are the issues?

Teacher contract negotiations in Ketchikan started nearly a year and a half ago. But things didn’t start to heat up – at least not publicly — until January of this year.

What are the sticking points? Why can’t the district and Ketchikan Education Association find common ground?

But it’s a more complex story than that, so now here’s the long answer:

In early February of 2017, the district and KEA met for the first time to negotiate a new contract. The old one expired at the end of that fiscal year – June.

KEA Vice President Sarah Campbell said the two bargaining teams had several meetings, and in August came up with a tentative agreement.

“The KEA team brought it back to certified staff, which would be teachers, and we held a vote and the TA was rejected,” she said.

Campbell said she isn’t allowed to tell by what margin it was rejected. But, she can say why. They informally polled union members after the vote. 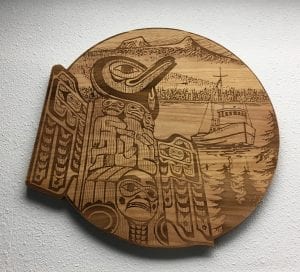 “They felt it would not actively help to recruit and retain teachers for our district and would not provide students with the best teachers they needed for the classroom,” she said.

So, she said, from KEA’s perspective, the previous negotiations were null and void, and the whole process was starting fresh, including a brand-new negotiating team.

The district also provided a new negotiating team, but Superintendent Robert Boyle said it’s not clear to him that they started fresh.

“One part of rejecting a tentative agreement is to inform the other side what the precipitating events are of that rejection so you can get back to negotiations,” he said. “We’re unclear about what that was.”

Boyle said the district also has still not received a formal notice that the tentative agreement was rejected.

But they could and did meet again. Campbell said they talked in December about ground rules – how to negotiate — and then met again in January to finalize those rules and start negotiations.

Campbell has a different take. She said they were almost 90-percent done with ground rules in December.

Campbell adds that there hasn’t been much progress with their closed negotiations so far, so maybe opening them up would help.

Backing up a little: Despite the lack of ground rules – which aren’t required – the two sides exchanged new proposals in February of this year. The district’s included the first year’s portion of the rejected tentative agreement.

The first year of the contract would be this fiscal year, which is about to end. Boyle said the budget for this fiscal year can’t accommodate what the teachers are asking for.

“This spreadsheet shows what is asked for, and the first year of what KEA has presented,” he said. “It’s $1.7 million for this school year.”

A huge part of that is the health insurance request, which includes a requirement that the district pull the insurance reserve fund out of an approximately $500,000 deficit, and then add more money to provide a fund surplus of at least $500,000.

The district’s health insurance program is self-funded. The district and employees put money into one big pool that pays for claims. Campbell said that fund has been mismanaged by the district.

“If you go back all the way to 2009, almost ten years, a decade, the district has been running a deficit in the health insurance reserve fund,” she said.

And while the fund is at a less than $400,000 surplus, the district has management control. It has to get to at least $500,000 in the black for a committee of district employees – not just teachers – to control the fund. Until then, the committee is advisory only.

Boyle, though, said the fund balance changes regularly based on what claims have come in. It has been mostly in a deficit, he said, but sometimes it’s in the black for a while.

Boyle adds that the deficit was much worse years ago, and has slowly been climbing out of that hole.

“We’ve had various degrees of success. It goes back to unexpected consumption,” he said. “But the annual report year to year has gone from that million-plus deficit to $400,000.”

Teachers also are asking for an increase in the district’s contribution to health insurance, and a raise in base pay.

Campbell said those requests are the result of concern over the future of the district. She said Ketchikan’s salary schedule is not competitive with other Alaska schools.

“It’s really important if we want the best educators in our classrooms of Ketchikan, we need to make sure we actually have a compensation package that attracts these teachers to our community,” she said.

The big question is: Can the district afford it? KEA said yes. Campbell said the district has about $4 million available through its reserves and other revenue sources.

Boyle, though, said no. He said some of the items KEA included in the $4 million figure are spread out over several years – like federal Secure Rural Schools funding – and are subject to change. There’s also concern from the school board about reliable state funding.

Boyle said the borough’s education reserve fund is meant as an emergency backup in case other funding falls short. It also is not readily available to the school district.

“It requires, anytime you go below a $2 million standing amount requires a supermajority vote by the (Ketchikan Gateway) Borough Assembly,” he said. “So it’s not like the borough can write a check and cash it.”

Boyle said the union’s requests might be more doable if they’re spread out over the course of a three-year contract, rather a big expense in the first year.

He adds that teachers have had pay increases. The last contract – the one that expired last summer – offered a raise in base pay each year; and the current district-proposed contract also offers a base-pay raise of about $400 per year, compared to the 2.8-percent increases proposed by the union.

Boyle stressed that’s on top of pay increases most teachers get as they build seniority.

A common refrain heard during public comment at Ketchikan School Board meetings is that teachers feel disrespected by the district’s negotiating team and the board.

Boyle said he does respect teachers, and feels the district’s contract, and commitment to instructional spending reflects that.

“It keeps me up at night that people would feel (disrespected),” he said. “It’s a tremendous teaching staff we have. We’re really good. I value their work a great deal. How to address that? I don’t know. When I know, I’ll certainly want to. I want them to feel the respect that they are due.”

Campbell agrees that the school system in Ketchikan is wonderful. She said KEA wants to keep it that way.

“We’re the only game in town and our kids deserve this type of education and quality teachers,” she said.

The two sides meet again on May 7 and 8. They all say they hope to make progress, but if not, either side could declare an impasse. That would lead to non-binding arbitration.

If that also fails, the union could consider a strike.