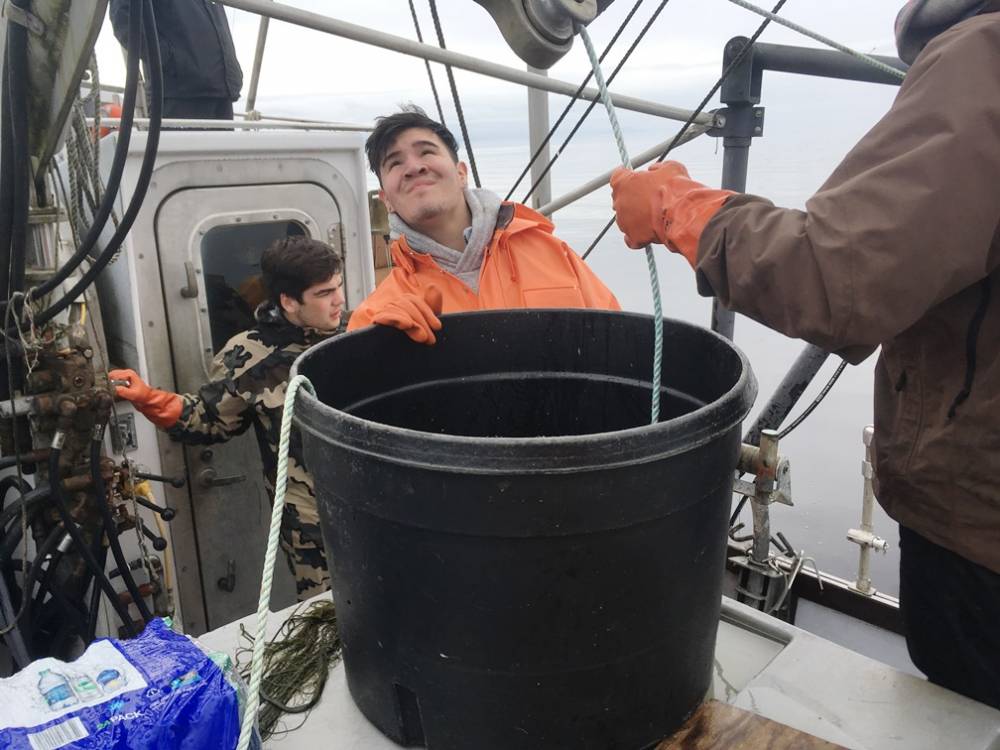 Early on a cold rainy morning, a group of fishermen heads out of Ketchikan’s Bar Harbor to go commercial halibut fishing. That’s a normal occurrence. This group, though, is a class of high school students learning the trade in the best way possible.

Five teenage boys and their teacher, all in rain gear and Xtratuf boots, prepare for a day of fishing on board the Jack Cotant. That’s the Ketchikan School District’s boat, used for all kinds of marine-based classes.

Today, it’s taking us longlining for halibut. Teacher and commercial fisherman Jim Castle steers the boat out of its slip in Bar Harbor, then hands control over to one of his students.

“So our choices are to go back to Vallenar Bay,” Castle suggested. “Or we could try, we used to call it Nelson Cove.”

We head north. A few students hang out in the cabin, eating doughnuts and playing a war game on their smartphones. Castle and sophomore Adrian Morris are on the deck, prepping gear and planning the day.

Morris said he’d like to have a career in the fishing industry.

Morris said he’s learned a lot through the class.

“Different things like plotting, depth charts, hauling gear, how to handle gear,” he said. And, it’s easier to learn all those skills through a hands-on class. 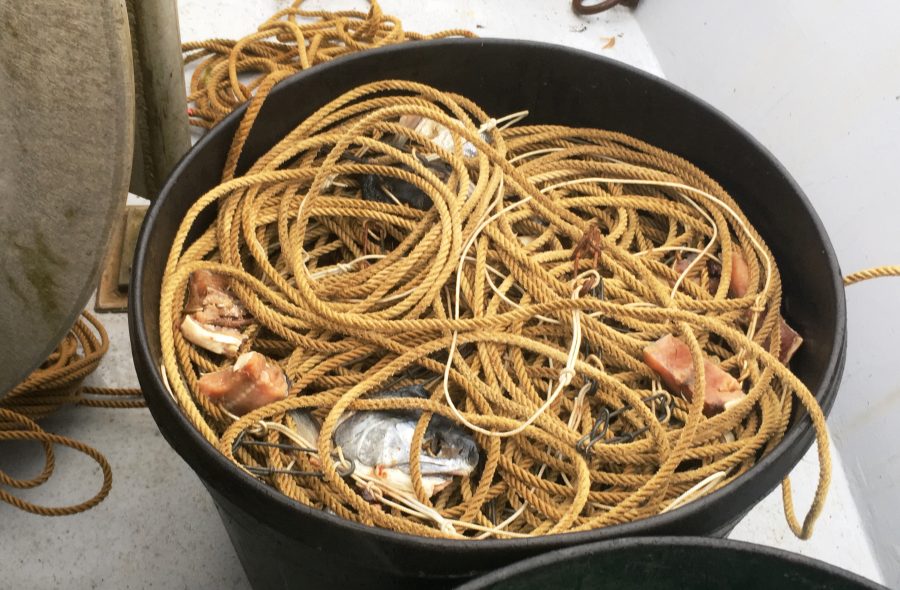 A longline is prepped with bait and coiled into a bucket, ready to go into the ocean. Students in Ketchikan High School’s fisheries class fished for halibut recently. (KRBD photo by Leila Kheiry)

We come to an idle around the north end of Gravina Island.

Students prepped the gear the previous day. They baited all the hooks, attached them to the line and then coiled it into large buckets. After throwing in a buoy and the first anchor, the attached line feeds into the ocean, headed to the bottom where – we hope – hungry halibut await.

After a few buckets worth are in the water, another anchor follows, and another buoy.

Now we wait. We anchor in a nearby cove where the students tidy up the deck and Castle gets lunch ready.

We let the bait “soak” for about two hours. Before heading back, Castle reminds the students how to collect halibut from a longline.

“Halibut, they tend to get excited as soon as their head breaks the water, so you don’t want to pull them up until you’re ready to gaff them,” he said. “Try not to put any holes in the side of the boat.”

Because getting wild with a gaff hook can cause some damage. 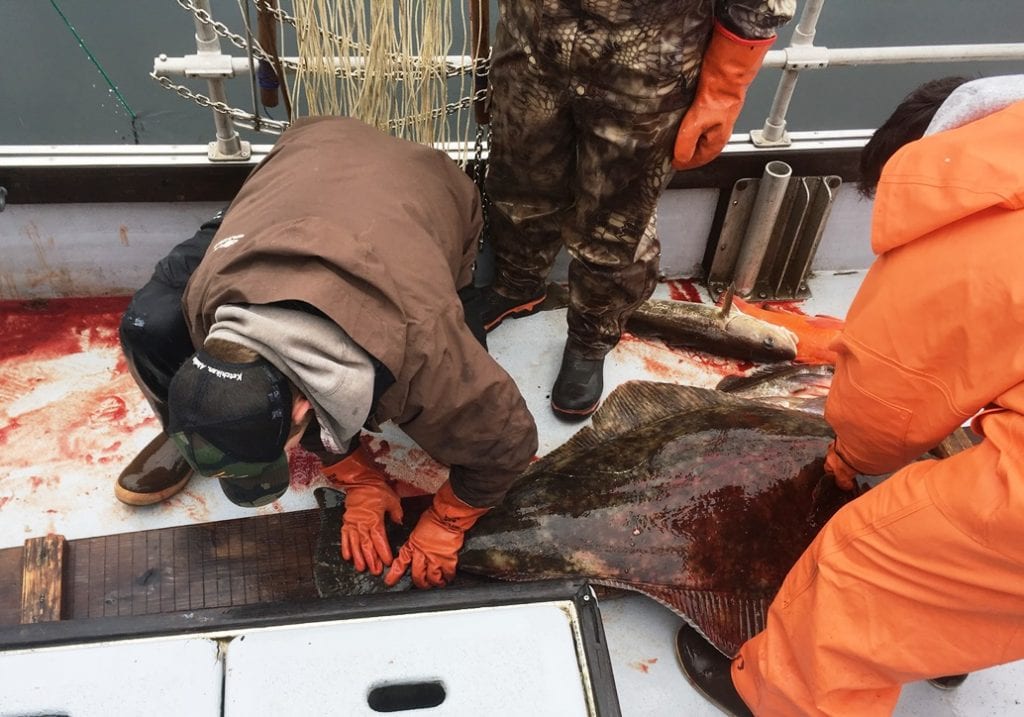 When we get back to the gear, a student pulls in a buoy. They string the line onto a hydraulic pulley system and start hauling it in.

The anchor comes up first, followed by some empty hooks. The first fish on is a snapper. We got more snappers, rockfish, little sharks, a skate. But, we also got what we came for.

The kids were hands-on throughout the harvest. They grabbed empty hooks and stowed them, gaffed halibut, measured to make sure they were legal and bled them.

The kids also learned a few things that can go wrong, like tangled gear and leaking hydraulic fluid.

“We gotta make sure none of that gets anywhere near the fish,” Castle said after discovering the leak. “We need some sorbies (absorbent cloth). Anyone know where they are?”

After cleaning up the small spill, they use a chart to determine weight by inches for the halibut they caught. That can’t take more than about 250 pounds, according to their commercial halibut permit.

You might wonder at this point: How did a high school end up with an Individual Fishing Quota for halibut? Before the trip, I talked with Superintendent Robert Boyle, who gave a brief history.

In the 1980s, he said, before the IFQ program was established, a few fishermen, including Jack Cotant – the guy the boat is named for — worked with the high school to teach fishing. Through that program, they went commercial halibut fishing, and that meant the district was eligible for an IFQ.

“Jack and others had the foresight to say, ‘Hey, we did that here at the school,’ so they filed it for the school,” Boyle said.

Commercial halibut fishing isn’t the only experience the kids have had through the school’s program. Last fall, they went commercial fishing for salmon.

Throughout the class they learn safety, caring for the fish, handling gear, and terminology. They also coordinate some training with the University of Alaska Southeast Ketchikan Campus, which has its own marine programs.

Boyle said the goal is to get the kids ready to crew a fishing boat. 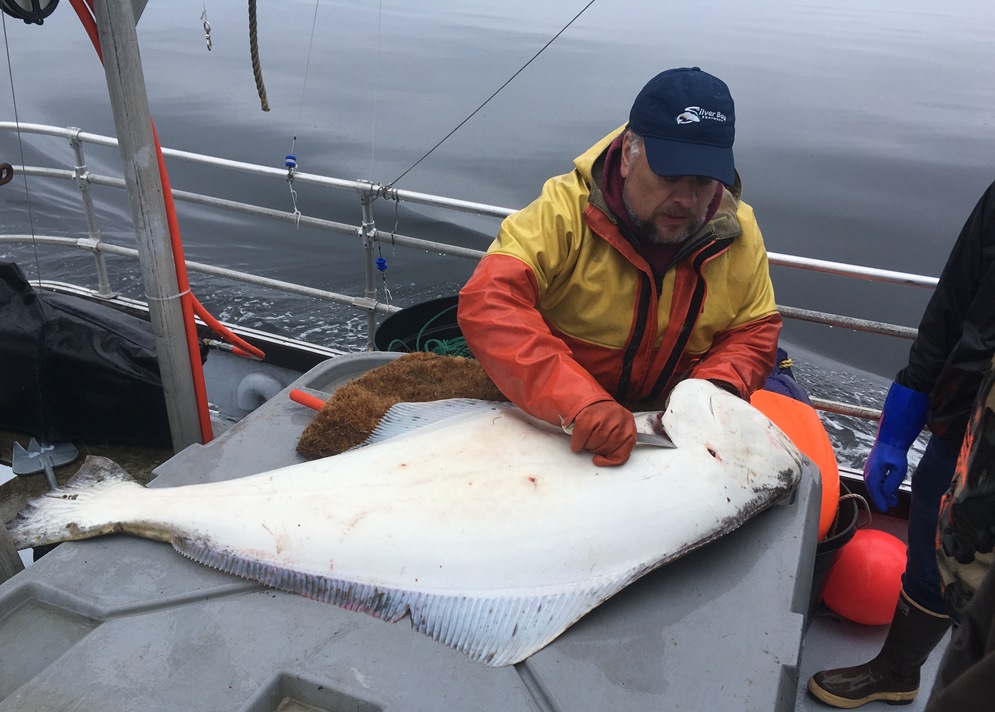 “That’s the process that we’re teaching kids. Have that deckhand permit, AMSEA-certified, and then they’re employable,” he said. “They could walk the dock down here and walk onto anybody’s boat with those types of skills.”

Back on the Jack Cotant, the kids have finished hauling up the line, stored the gear and cleaned up the deck. Now it’s time to take care of the fish.

“Let’s get some ice in and then the fish,” Castle said.

A large bin full of ice is next to an empty bin for the fish. They throw some ice on the bottom, then start gutting the halibut.

Castle demonstrates: “And then you kind of leave the esophagus attached to the gills, so that when it all comes out together, you don’t throw the gills then have to go back and reach back for the guts.”

The students finish prepping the day’s catch, and we head back to town to deliver it to a local processor. It was a successful school day out on the water. 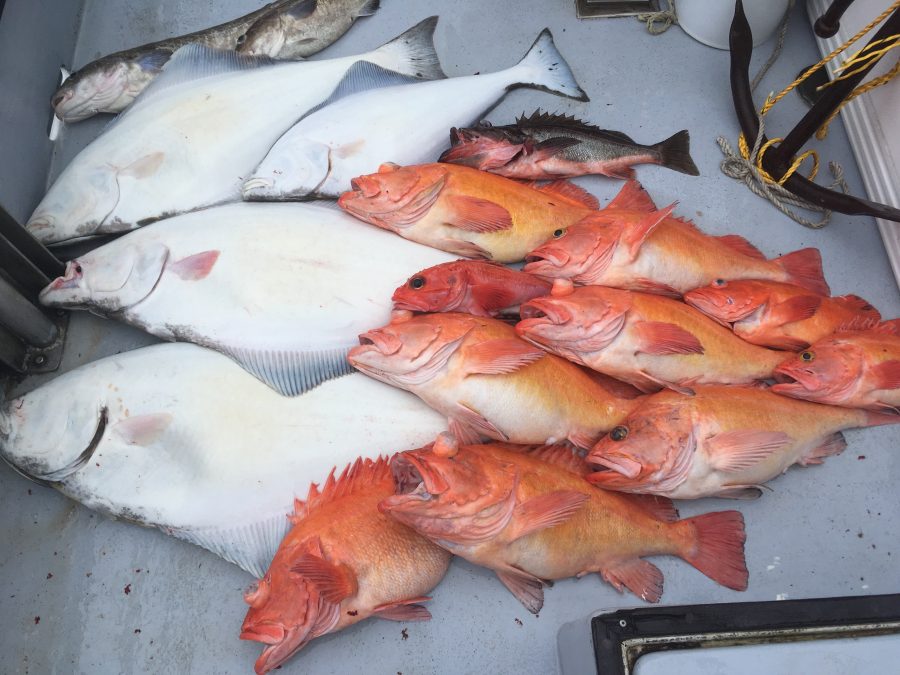