Tazlina floated for the first time 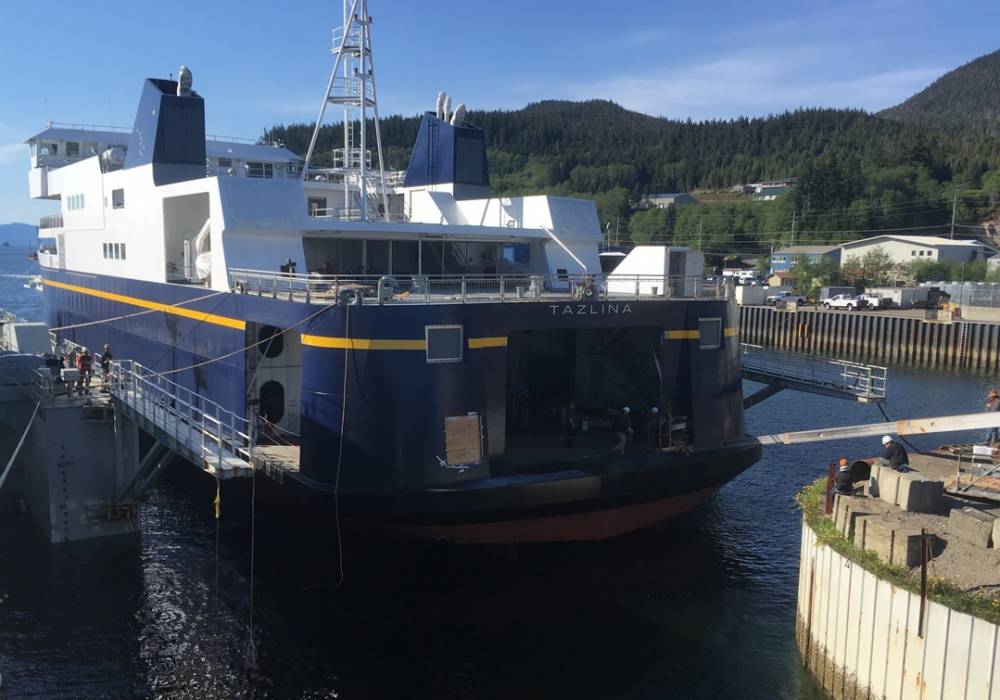 The new Alaska Class ferry Tazlina is floated for the first time at the Vigor Alaska shipyard in Ketchikan. (KRBD photo by Leila Kheiry) 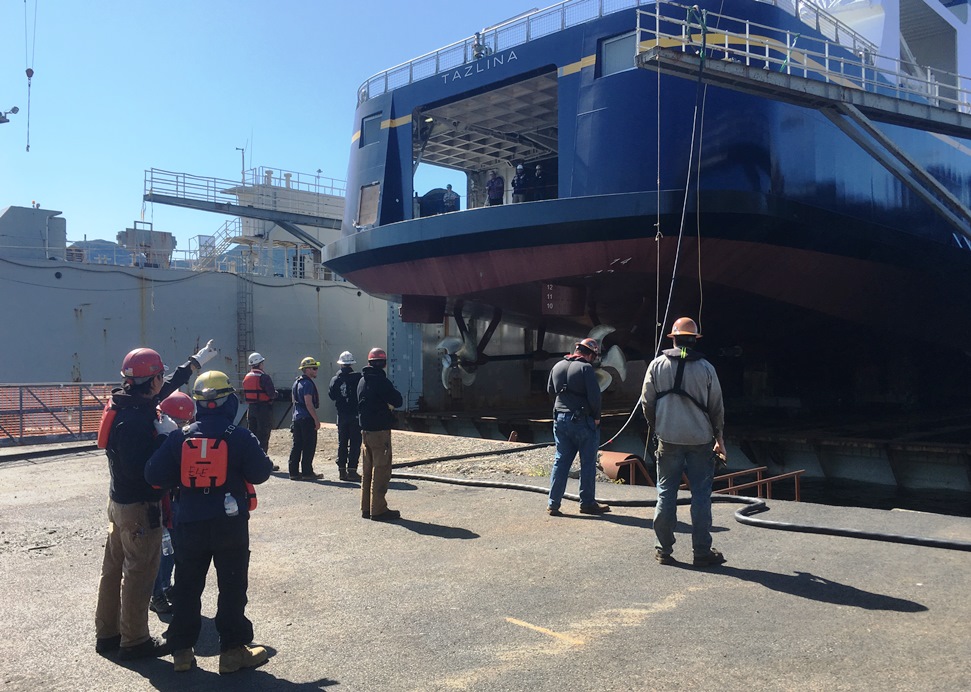 Vigor Alaska Ketchikan shipyard workers gather to watch the Tazlina get lowered into the water at the shipyard’s drydock. (KRBD photo by Leila Kheiry)

Floating a new ferry for the first time is a painstakingly long process that involves bursts of activity followed by a lot of waiting around and listening to the hum of machinery.

Lucky for everyone, it was a sunny day.

Sierra Callis is the shipyard’s workforce development specialist. She used to work on the shipyard floor, and helped build the Tazlina.

The bulbous bow is the bulb-shaped hunk of metal that sticks out the front of large vessels.

Talking in a shipyard conference room while crews were still preparing for the big, slow event, Callis said the day went smoothly.

“Today is the big, exciting day in the shipyard that we’ve been waiting for for the last couple of years,” she said.

It all started early in the morning. The Tazlina was disconnected from all power sources, then rolled onto the drydock. By mid-afternoon, she said, they were ready to start lowering the ship.

“You have wingwalls in both walls of the drydock,” Callis explained. “It’s equipped with pumps and valves. Upon the dock operator’s call, the valves are opened. Both sides, port and starboard, start to fill up with water, sinks the entire structure to the bottom. That’s when we figure out if the Tazlina will float. Which it will.”

And it did. But it took a long time to get the Tazlina in the water. It was around 3 p.m. when the drydock started to almost imperceptibly descend, and around two hours later, she was floating.

Callis said that’s when they do thorough water-tight tests to make sure all the welds are good. Then, they have some finishing touches before sea trials.

“We have hydraulics put in already. The bow needs to have some painting completed,” she said. “Just the minor little things that really finish a product up. Cosmetics, mostly.”

Southeast Conference Executive Director Robert Venables was in Ketchikan for another event, and stopped by the shipyard to see the Tazlina on the water.

“This is exciting on a number of different levels. Number one, of course, for the Marine Highway System to have the newest addition of the fleet,” he said. “But on another level, it’s really exciting to see how Ketchikan as a community has come together – a transformation of industry to see that we can actually construct these vessels right here in Alaska is just a great day for everybody.”

Venables said he hopes the Tazlina will be able to start some kind of service this winter. 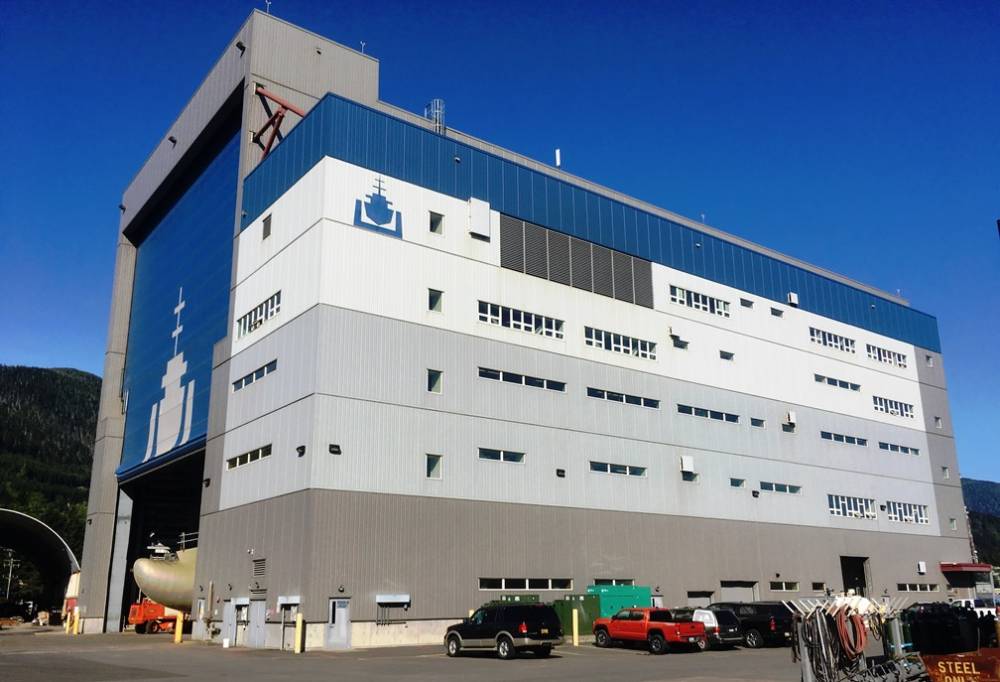 The Vigor Alaska shipyard assembly hall in Ketchikan. Part of the ferry Hubbard can be seen sticking out the front door. (KRBD photo by Leila Kheiry)

The Tazlina is one of two ferries Vigor is building for the state. The Hubbard is the second, and is still under construction. According to the original contract, both ferries were due for delivery this fall. The Hubbard will be late.

The two day-use ferries will be virtually identical, and will serve the Lynn Canal area. The vessels have no staterooms or crew quarters. They will have a passenger capacity of 300, and will be able to take up to 53 standard vehicles.

There are plans in the works for a big christening ceremony on July 14th. Venables also is a member of the state’s Marine Transportation Advisory Board. He said the MTAB plans to have its regular meeting in Ketchikan the day before the christening, so members can stay to attend the ceremony.