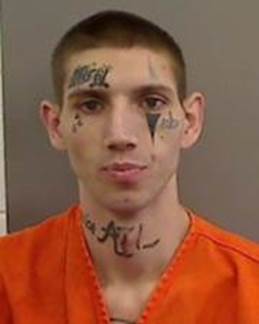 Jeremy Ellis is seen in this Alaska State Troopers photo. Ellis was taken into custody on Monday.

A Ketchikan man and woman who skipped town earlier this month after they were charged with felonies related to drugs and weapons were taken into custody Monday afternoon on Prince of Wales Island.

According to the online Alaska State Troopers dispatch report, Craig Police Department received a tip on Monday about the location of Jeremy Ellis and Nicki Casey.

Troopers and Craig police responded at about 3:45 p.m. to the residence. The couple was arrested without incident, according to the troopers’ report.

They both face felony drugs and weapons charges. Ellis has an additional charge of felony theft.