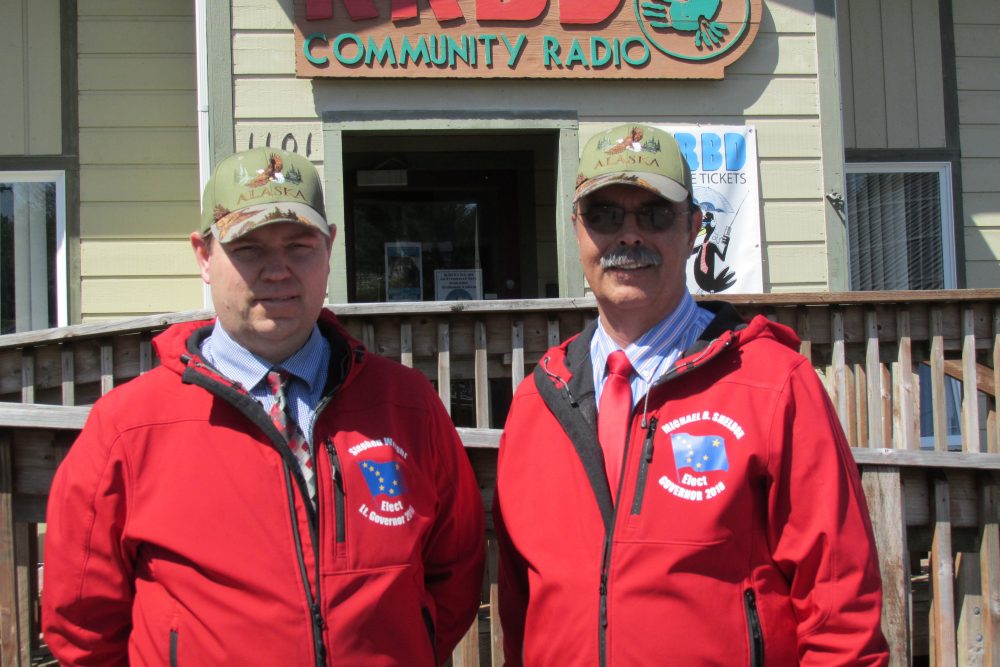 Gubernatorial candidate Michael Sheldon of Petersburg is traveling the state promoting his platform and seeking support.  The conservative Republican and his running mate, Stephen Wright, visited Ketchikan and Metlakatla May 16th – 18th.

On Friday, Sheldon spoke with KRBD’s Maria Dudzak.  Here is a portion of that interview. He references the CBR, the Constitutional Budget Reserve.

Below is the entire interview, including more about Sheldon’s government funding plan, thoughts on the Alaska Marine Highway, proposed infrastructure projects, and his views on 2nd amendment rights.