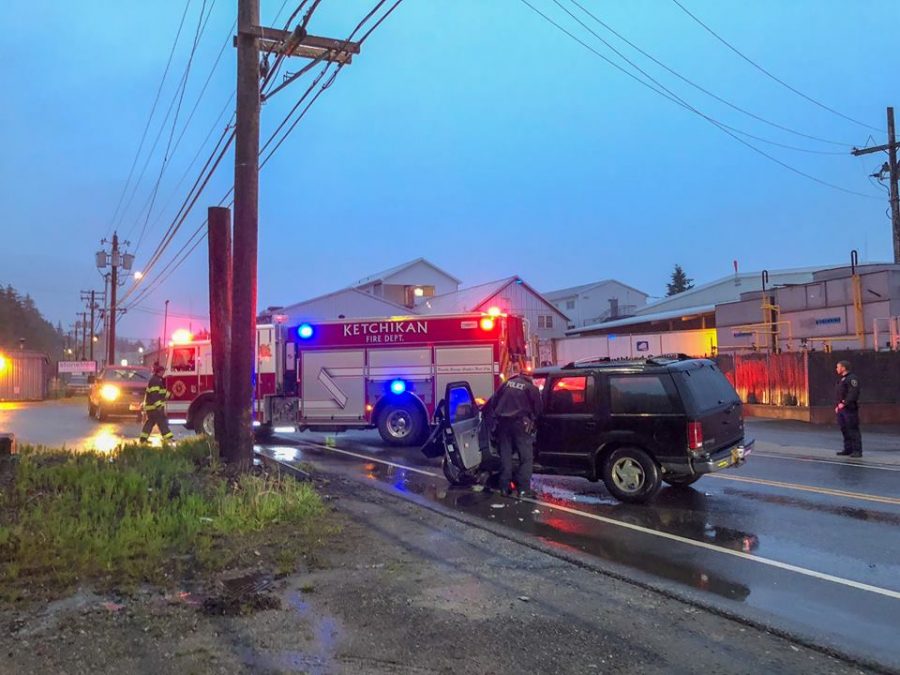 Two people were injured early Wednesday morning when the SUV they were in struck a pole. (Ketchikan Fire Department photo used with permission)

Sgt. Eric Mattson of the Ketchikan Police Department said the call came in about 3:40 a.m.

“The officers that responded on scene found that it had impacted a telephone pole, or a power pole,” he said. “And found two occupants, a driver and one passenger, both had what appeared to be serious injuries.”

Mattson said police called Ketchikan Fire Department, which responded and transported the two occupants to the hospital. He said both were medevaced for further treatment.

“At this point, no arrests or anything like that, obviously, because of injuries, but it’s still under investigation because of intoxication,” he said.

Mattson and the fire department declined to name the two occupants. However, Mattson said the driver is a 37-year-old man, and the passenger is a 39-year-old woman. They were in a 1993 Ford SUV.

Mattson said it’s not clear whether they were wearing seatbelts at the time of the crash. He said the car hit the pole hard enough to shift it, and Ketchikan Public Utilities crews were called to check and stabilize the pole.