The fallen are remembered on Memorial Day 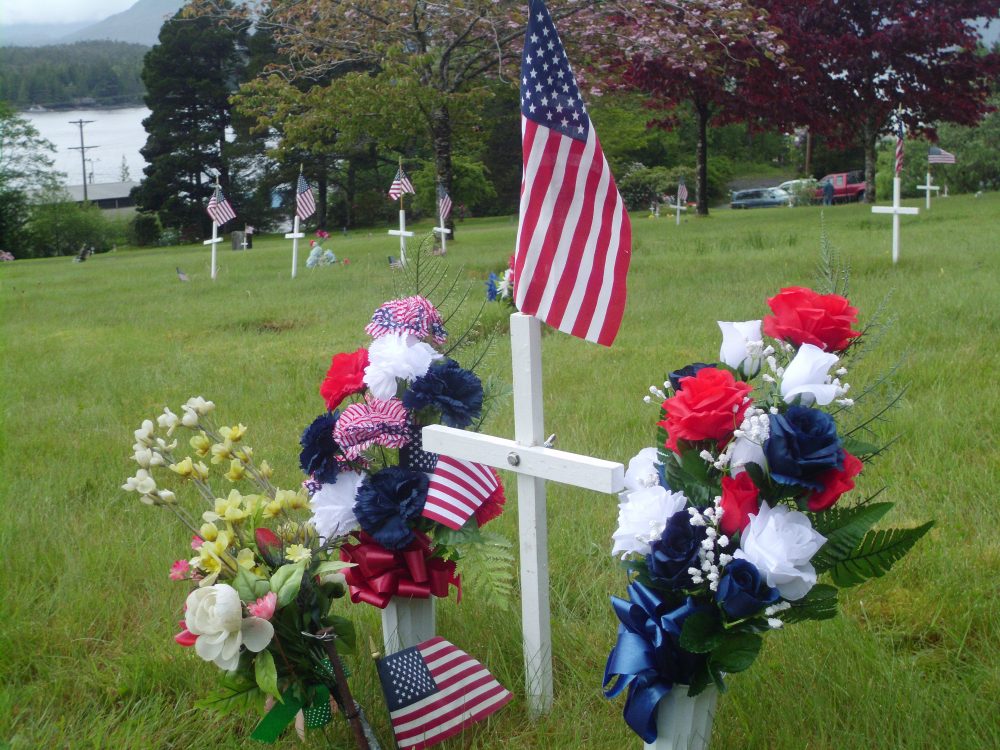 Military members who died serving their country were remembered on Memorial Day. In Ketchikan, several events were held, including open houses and a parade. A ceremony also was held at Bayview Cemetery where members of the armed services and dignitaries spoke.

With a light rain falling, about 80 people gathered at Bayview Cemetery to attend the ceremony. Paul Robbins, Jr., Veterans of Foreign Wars post 4352 commander, welcomed guests and introduced speakers. He spoke about those who died serving, and of the honor of having served with some of them.  Robbins says some wars have been more universally understood, such as WWII, while others, such as Vietnam, have been more controversial. 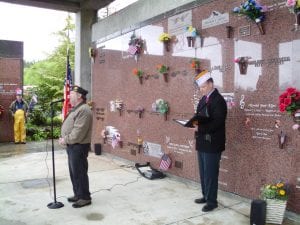 “But regardless of your opinion on the wars themselves, or your politics, it’s important, especially on a day like this one, that we recognize who these men and women were who fought in these conflicts. They were our mothers and fathers, our brothers and sisters, our children and our friends. And they all donned that uniform. They all swore that oath, with honorable intention, and an expectation that if that sacrifice become necessary, that it was for a true and greater good.”

Robbins says it is important each Memorial Day to teach others the significance of past sacrifices and to honor service members who have died in battle.

Commander Ashley Holt of the U.S. Coast Guard shared the stories of eight Coast Guardsmen killed during the Vietnam War.

“And while each of those eight lives give me great pause, the thought of over 58,000 soldiers, sailors, airmen, marine and coast guardsmen, just in that conflict alone, gives me more than great pause. It gives me an overwhelming sense of sadness. And it also moves me and motivates me to make sure I do everything I can to honor those sacrifices.”

District 36 Representative Dan Ortiz says last week he was honoring high school graduates receiving scholarships and realized that educational and other opportunities would not be possible without the sacrifices of service members. Ortiz says opportunities stem from the concept of freedom outlined in amendments to the Constitution, including freedom of religion and freedom of speech. 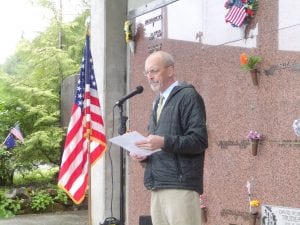 Ketchikan Gateway Borough Mayor David Landis says it’s important to focus on the true meaning of Memorial Day for all fallen soldiers and their families – loss, heartbreak and pride.

“More of our heroes may yet be coming to this final resting place, and we want to recognize and remember all of them. Hero is not too strong a word for those who gave their lives for this country. On the contrary, it’s simply not strong enough.”

Chere Klein, representative for Senators Lisa Murkowski and Dan Sullivan, read a letter from Senator Sullivan in honor of those who served and lost their lives. In the letter Sullivan writes that he will spend Memorial Day on Gold Star Peak in the Chugach Mountains, named in honor of those who gave their lives and the families that they left behind.

“No matter where we are today, let’s remember our obligation to our Gold Star families, and our responsibility to ensure the sacrifice, no matter where we are today, of their loved ones, was not in vain.  Let us also remember to pray for our young men and women engaged in freedom’s frontier, and for unending strength for the families and communities who sustained them.” 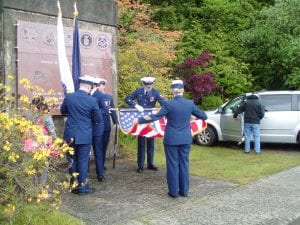 While a wreath was placed at the base of the American flag, Misty Thistle Pipes and Drums played a patriotic medley.

The ceremony concluded with a benediction by VFW Chaplain Dennis Spurgeon, followed by the playing of taps, by Dale Curtis.

“Lord, you’ve heard the words of our speakers. May we take these words Lord, and do with them each day. Burn them into our heart that we do not forget the sacrifices made for us and this great nation. We seek your love and grace in all we do. Amen.”